Everyone knows how great Wind Waker, Double Dash, and Metroid Prime are because everyone and their mother played them. However, if we’re talking about the GameCube games that never got their fair shake, here’s a list of GameCube hidden gems that you can’t miss.

Here's Our Full Reviews Of The Gamecube Hidden Gems 2018

Metal Arms: Glitch in the System was a charming game with surprisingly enjoyable combat and a great upgrade system. The cute robot graphics kept you coming back for more, and the platforming wasn’t just a glossed-over component.

You play as a Glitch, a Droid with no memory, and help the rebel Droids battle the evil forces of General Corrosive. The shooting is shockingly deep and visceral, and the voice acting, design, and lighting effects are all top notch.

Though it isn’t as famous as games like Metroid and Smash Brothers, it’s a can’t-miss title for the GameCube.

2. Lost Kingdoms I and II

Long before FromSoftware took us to the blood-soaked streets of Yharnam in Bloodborne, they created the fantasy RPGs Lost Kingdoms I and II.

Lost Kingdoms had an interesting and addictive combat system: instead of just swinging a sword or casting a spell, you cultivate a deck of cards to use in battle. These cards summon your own monsters to attack and destroy the enemies. The cards correspond to a button on the controller and can be rearranged or replaced as you receive new cards.

In the first game you play Katia, a princess out to stop an evil fog from destroying her homeland. In the second game you play Tara, a thief on a journey to discover who she is.

Both are pretty solid RPG titles with a really fun combat system and may have slipped under your radar.

Though Eternal Darkness: Sanity’s Requiem can be found on many critics list of “top GameCube” games, the simple fact is very few people actually played it. The game sold less than half a million copies, and though it’s well-loved by those who played it, the game never quite achieved the success it deserved.

Eternal Darkness is one of the first games to have a “sanity system,” and is definitely the first game to perfect it. The game is a combination of survival horror and psychological terror in an era-spanning Lovecraftian mystery-thriller. This game is the hidden gem of GameCube hidden gems.

You play as an assortment of main characters, all from different time periods, all exploring or encountering one piece of the puzzle. It’s up to the player to get the whole story, from a Roman centurion in 26 BC to a Persian swordsman in 656 AD to a Franciscan monk, a colonial doctor, a World War I field reporter, and more.

It was an ambitious title with a fantastic story, and sanity system really messes with your mind. It’s hard to forget the first time you’re running down a hallway and your character thinks his limbs are falling off. 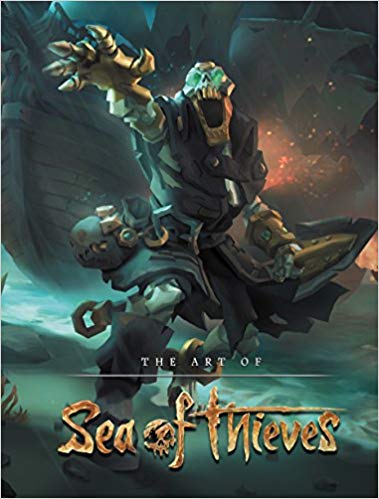 The successor to Bomberman64, one of the best games on the N64, Bomberman Generation continues the tradition of excellence.

The single player story isn’t exactly high art – it involves Bomberman having to collect some MacGuffins to save the galaxy from his arch nemesis Mujoe. As usual, the intense explosion-based gameplay is why you come to the table, and Bomberman Generation delivers in spades.

There are new kinds of bombs that help you traverse the platforming environments, including wind bombs that lift you up and aqua bombs that let you get past flames. Light bombs that turn hidden objects visible and solid, and ice bombs that freeze waterspouts.

The multiplayer brings the same kind of frantic, bomb kicking, wild rampage you’d expect in a Bomberman game. With six different modes and twice as many methods for blowing up
View latest Price On Amazon 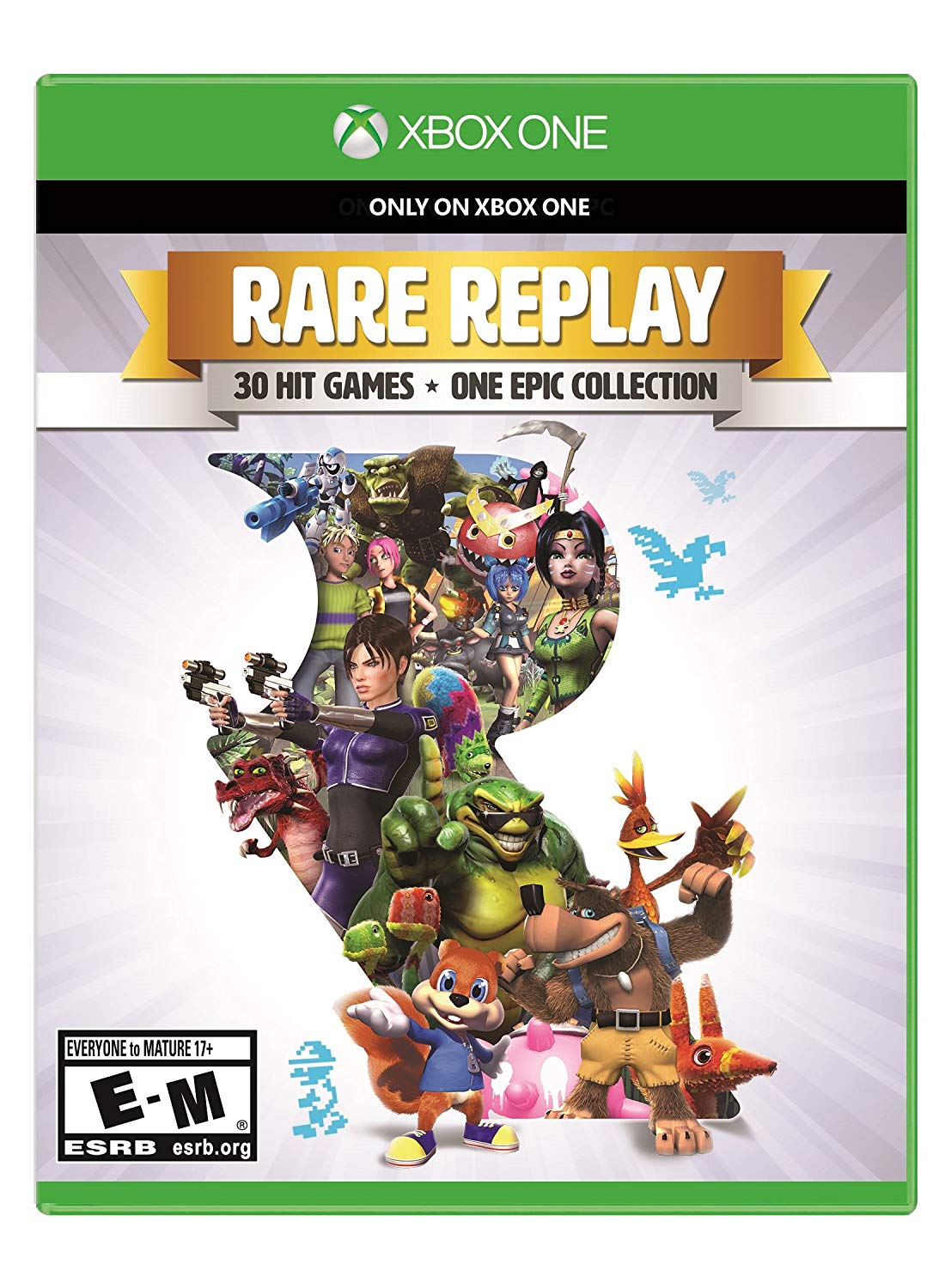 The game used the same system as the perennial favorite WWF No Mercy, but after EA lost the license for WWF characters, they decided to go a different way with it. What they ended up with was a great mix of hip-hop culture, a strong fighting system, and a great cel-shaded art style that kept things fresh.

The selection included some of the most famous hip-hop artists, including Ghostface Killah, DMX, Method Man and Redman, Ludacris, Capone, and Funkmaster Flex.

Whether you’re into hip-hop or wrestling (or both), this is one of the GameCube hidden gems you’ll always have a good time playing.

You play as Yamanouchi Kagetora, a general out to defeat the betrayer, Karasuma Genshin using his wits, his army, and an enormous cannonball orb weapon called the Odama.

Your goal is to smash his castles (literally), break down the gates with your huge pinball, and command your troops on the field. You win by obliterating their gates and marching a giant bell into their castle.

The game is incredibly fun, and basically feels like a huge game of pinball. The field of battle is the pinball board, and you knock your Odama around with a pair of flippers, trying to roll over enemy soldiers and batter down their gates.

All the while, you use the Nintendo microphone to shout orders to your troops.

It’s a weird concept, but somehow it works, and ended up creating one of the most unique games on the GameCube.

Ever since the days of Space Invaders, shoot ‘em ups have held a special place in the hearts of games everywhere. And while there have been many amazing shmups on every console since the dawn of gaming, it’s not terribly controversial to say that Ikaruga might just be the very best.

Sure, the screen scrolls vertically and enemies fly around shooting you. However, Ikaruga had a few interesting takes on the genre, the most notable being its polarity system.

The polarity system allows you to swap your ship between black and white variants. When black, your ship absorbs black shots, and vice versa for when your ship is white. These absorbed shots gradually build up your homing laser, which is a super attack that does a ton of damage.

Because you’re constantly managing this black and white swap, the game throws some truly insane scenarios at you to navigate. There are even more puzzle elements than you’d expect in a shoot ‘em up as you try to figure out the best way through a dangerous field of blinding death and horrific punishment.

Technically Bloody Roar 3, the GameCube edition was called Primal Fury. If you’ve never played Bloody Roar, it’s a combination of Street Fighter and lycanthropy. All of the characters on the roster have two modes: a standard human mode and a beast mode.

Beast mode is obviously much stronger and turning into beast mode also heals all of your damage. The roster is quite large, and features characters who can turn into tigers, wolves, rabbits, lions, insects, leopards, bats, and more.

In this edition, they even introduce a few new characters, like Ganesha (who can become an elephant) and Cronos (who can actually become a phoenix and/or a penguin).

When it comes to unique premises, Cubivore is right up there with Odama. One of the absolute best GameCube hidden gems, Cubivore is as strange as it is addictive.

In Cubivore, you start as a tiny cubivore, which is basically a big square block with a huge mouth. Your goal is to eat other cubivores, which are shaped like various animals and have different abilities based on their size and color.

The game has a pseudo-Minecraft feel to it, though it came out years beforehand. The graphics are simple, polygon based, but the gameplay is surprisingly addictive. You eat cubivores to mutate into more powerful forms, and to gain new special abilities.

Your ultimate goal is to mutate and become strong enough to beat the Killer Cubivore, a tyrant whose been draining the land of life.

You devour cubivores, tear their limbs off, and find their weak spots during combat. I told you it was a weird game.

Though Japanese and Chinese gamers were familiar with the three titles that preceded it, Custom Robo for the GameCube was the first entry in the franchise released in North America.

You play as a young Robo Commander looking for his missing father. The game is a mix of action adventure and RPG, and pits the hero against Rahu, an incredibly powerful spirit creature that the Z-Syndicate is trying to control and use for evil.

During fights, you control a robo mech and battle other robos from an isometric perspective. You can customize your robos look, its weapons, and its abilities. The gameplay is fast, fun, and addictive, and the story’s pretty entertaining as well.

Sega Soccer Slam is a hilarious and crazy game, with a premise that can best be described as “macho battle soccer.”

In Sega Soccer Slam, you punch, kick, bite, and fight your way through a soccer game filled with colorful multicultural characters and insane moves. The field is much, much smaller than a standard soccer pitch, allowing for a face-paced game of true mayhem.

The announcer is funny, the characters have great one-liners, and the multiplayer still works. If you like soccer, sports games, or just intense multiplayer, Sega Soccer Slam is a diamond in the rough.

A platforming game about a tiny household robot, Chibi Robo is as charming as it is fun to play.

You help your family in their chores, solve problems, and interact with the toys that awaken at night time. There’s also time travel, aliens, robotic spiders, and even a giant robot.

This game is a blast for children and adults who still regularly interact with their inner child. 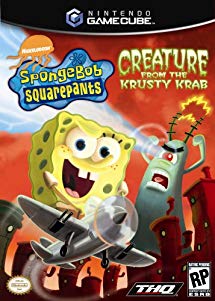 What happens when you mix Legend of Zelda-style gameplay and open-world setting with intrepid space-pilot Fox McCloud? A pretty amazing action adventure game, it turns out.

You play as Fox McCloud in third person, going on adventures and quests to save the world of Sauria, a Dinosaur Planet full of strange Krazoa spirits. You use your staff to fight enemies, use mechanisms, lift stones, and open containers.

StarFox Adventures also had a modified version of the normal StarFox gameplay – whenever you flew to a different part of the planet, you get to fly an on-the-rails dogfighting mission in your Arwing starfighter.

Long before Red Dead Redemption made players fall in love with the idea of an open-world western game, there was Gun.

Gun pioneered the open-world cowboy game first and featured a pretty enthralling story and well-executed gameplay. You play as an American-raised Apache named Colton White, voiced by none other than Thomas Jane himself, on a quest to stop a greedy Confederate named Tom Magruder (voiced by Lance Henriksen).

The game has hunting, cattle driving, bandit attacks, and various other activities that make for a truly great open world. The shooting is well-done, as is the horse riding, and the game features an all-star cast of actors. Expect to hear Kris Kristofferson, Brad Dourif, Ron Perlman, and Tom Skerrit as you traverse this incredible paean to the American West.

Can You Still Play These Games?

Luckily it’s not too hard to find a GameCube – they’re still available on Amazon from various sellers, or at your local vintage gaming shop.

Some of these games you can find on virtual console or emulated without too great of an effort. No matter which way you get your hands on these gems, you are guaranteed to have a great time and to explore a lost era of gaming.