Do you remember those days? The days when you were in the minority, but you were happy to be there? Everyone else had a Nintendo; but you: you had a Sega Genesis. We were transported back in time for this Sega Genesis classic game console review. We hope you will be, too.

What Is Retro Gaming?

People who grew up playing the great games on Sega Genesis and other platforms have a lot of nostalgic love for their old gaming platforms. Retro gaming lets people play the games they loved as children.

Why are we even doing this Sega Genesis classic game console review? Why would anyone want to play old games when there are so many new, ultra-high resolution games out there?

Playing retro games isn't the same as playing the newest offerings. Retro gaming is all about connecting with your own personal past. No one can tell you why playing classic Sega Genesis games is important to you. You have your own reasons.

Some of us play because we have fond memories of fun with family or friends around our Sega console. Some of us love the fact that we were in the minority against a huge Nintendo fan base; and America loves an underdog. There are many psychological reasons we want to play our old favorite games from childhood.

We've taken a look at the big Daddy: the Sega Genesis classic console. This is the console you remember from the early 90s. It's got the Sonic series, the Mortal Kombat original, Phantasy Star, and a grand total of 81 different games you'll remember from your youth.

The console is seriously old school. You get two wired controllers with zero bells and whistles: just the way you remember it.

In our Sega Genesis classic game console review, we were very pleased to find that nearly every original game from the Genesis console is available on this new release.

The console has been newly made, but it's not a new design. This Genesis console is the real deal. It plays just like the original, and if you've got any old Sega Genesis controllers around, they'll work just fine with this console.

Of course, that also means this console works just like the original did, and that means hookups are sparse. There's no HDMI port, for example. On the plus side, not only can you use old controllers, but you can also plug in any old cartridge games you might have lying around or find at a garage sale.

You'll be able to get the whole classic console. We've also reviewed a few of the most definitive classic games of the 80s and 90s that are now available on modern platforms.

For our Sega Genesis Classic Game Console Review we took a look at the classic console which runs games exactly as they were run a few decades ago, and compared that with other retro games that have been re-released on modern gaming platforms and devices. In addition to the Sega console, we looked at:

In some ways, this is far easier to use than any modern gaming platform. Hookups are simple, controllers have only a few buttons, and the games aren't very complicated. This is just pure fun.

We were salivating over the features of this console. Does it have all the bells and whistles of the hottest gaming platforms off the assembly lines? No. Does it have everything we remember fondly from the old Genesis console? Yes.

You get 81 classic games, stereo sound, two wired controllers, and original ports that are compatible with any original games or controllers you might find out there in the wild.

Any original Genesis games you might find will be completely compatible with this console. But nothing from this console will work with any other platform or console out there.

It doesn't get any easier than this console. This is plug and play at its finest. The only possible problem could be finding a TV with the right hookups to work with this console.

Oh, Manic Miner. This was THE game of the late 1980s. The game was written in 1983 by Matthew Smith and released by Bug-Byte for the ZX Spectrum platform. It was inspired by the original gaming system: Atari.

Over the course of the next few years, Manic Miner became so popular that it got ported everywhere. Everyone wanted to play it. Eventually you could do so on all kinds of gaming consoles. personal computers, and even mobile phones. Today you can play it on your cell phone, on Kindle, and on the Xbox 360.

It's easy to find this game on all kinds of consoles. Kindle has a version, and all kinds of other updated versions have appeared for platforms and computers of all types.

If you loved the original, you'll know what to expect with this version. There's nothing much new here, and that's great for retro gaming. On the other hand, you need to be aware that you're getting an old-style game when you pony up for this, even if you're investing in a new version. And, of course, you're only getting a total of one game.

You can find Manic Minor for nearly any platform or device you care to play on.

You don't have to worry about installation in most cases. Manic Minor comes pre-installed on all kinds of platforms, and you'll also find it easy to download and start up on your phone or computer.

This is the most popular Sega game of them all time. Run with Sonic and his blur of blue. Race as Sonic, Tails the Fox, or any other of the original crew. Work to avoid obstacles and grab power-ups that let you really fly.

You'll find yourself totally addicted to the high-speed action, and this game comes with a total of 11 levels plus a few bonus levels thrown in just for fun.

This is a fun and simple game to play. We would have given it a full five stars if it weren't slightly unclear how to play. We don't mean that it's hard to figure out how to play the game itself, but it is difficult to know which of the Sega consoles this will play on successfully.

If you know and love the Sonic series, this will give you everything you're hoping for. Run with Sonic, power up with Tails, and get re-acquainted with the kind of speed that thrilled you as a child.

This version of the game is advertised as “renewed” and compatible with Sega Genesis. But which version of the Genesis? We weren't impressed with the lack of clarity.

It's super easy to install this game. Just make sure you have the right console and then plug it in and turn it on.

Man, did we love Street Fighter back in the day. Didn't you? We just had to include it in our Sega Genesis classic game console review. This was a Super Nintendo game, and though we personally had a Sega Genesis, we were always happy to ramp up this game when we visited a friend's house.

Eventually you could play Street Fighter on Sega as well as Nintendo, and now, with this Anniversary Collection game, you can play it on your PlayStation 2. This comes as a DVD-ROM and allows for one or two offline players to play and compete.

This game is as true to the original as you could hope for. You'll have a lot of well-placed nostalgia as you play through this retro gaming classic. Yes, it's all in 2-D; but you'll be having so much fun with characters and memories that you'll never even notice.

This game is fairly easy to play, but if you're used to the older controllers and setups, you might find the setup for the PlayStation 2 to be slightly confusing at first.

Street Fighter games are available for a dizzying array of retro and modern consoles. It pays to be very careful about buying. Make sure you know exactly what you're getting and which console your new purchase is compatible with.

This is basically quite easy to install. If you happen across a PC version, however, you might have a little trouble getting it to do what you want. Whatever you have to do to get it installed, though, is well worth it. This is definitely in the running for the slickest game ever made. 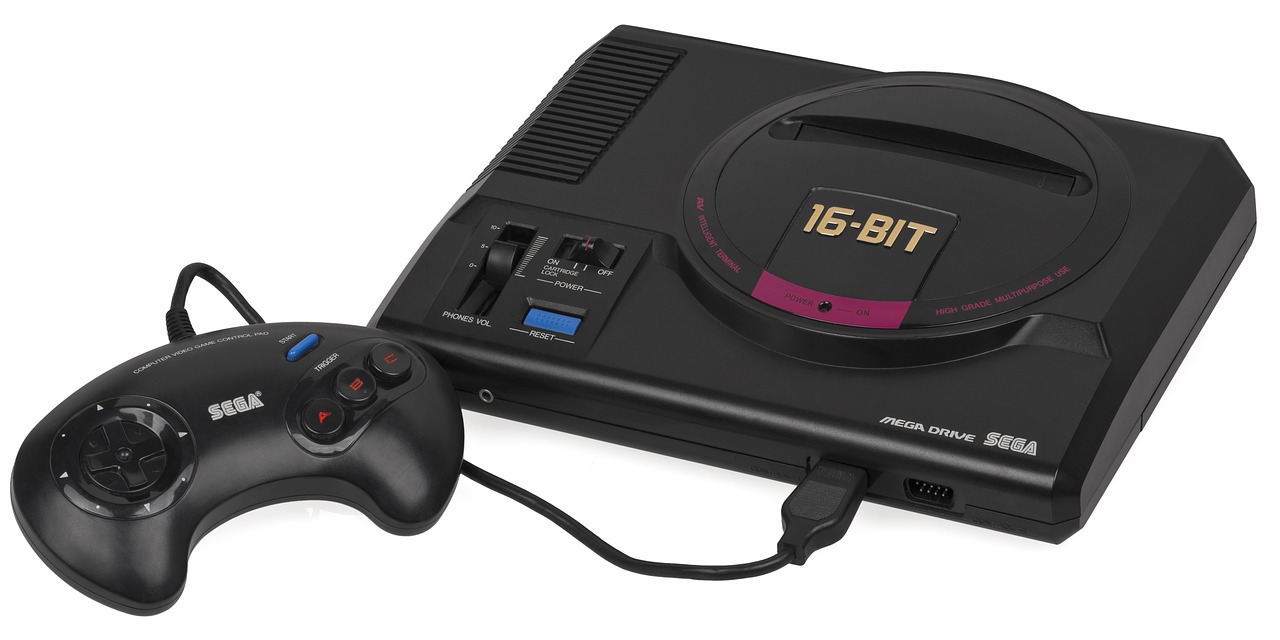 If you don't love this game, you're probably just too young. This is a classic, and there are good reasons why it has been popular for nearly four whole decades.

Our problem with this version is that you're playing it on Kindle. It doesn't feel quite…right. However, it does give you most of the action you remember from the original and at a very attractive price.

Frankly, we could hardly tear ourselves away long enough to even tell you what we think about this game. This was, and is, an addictive game. It was wildly popular back in the day, and for all that our friends used to crow about their Nintendo platforms, they never seemed sad about playing Sonic the Hedgehog when they came to our houses!

That said, this particular version has two downsides. First, it's quite expensive. Considering you can get the entire Sega Genesis original console, or three Street Fighter games plus a movie, the price here is a bit high.

Second, it's really difficult to tell exactly which platform this game is supposed to work on. It does say "Sega Genesis," but which version? The original? The 2017 release?

We also loved that it comes with the Street Fighter movie, and in some ways it's almost worth the purchase price just for the movie and access to SF III. Our only complaint is the same one we had with Manic Miner. It's great, but it just doesn't have the “feel” of the original.

Here at the end, we turn our attention back to the beloved original Sega Genesis console. It's not got all the bells and whistles you can find on modern consoles. All the controllers are wired and simple. The games have poor graphics compared to today's offerings.

But we don't care. This is it as far as we're concerned. We spent many happy hours as kids enjoying these games and this console. You will too: and if you've never played the original games, now is the time to start.

In this Sega Genesis classic game console review, we award this beautifully preserved version of the original console 5 out of 5 stars. Happy gaming.