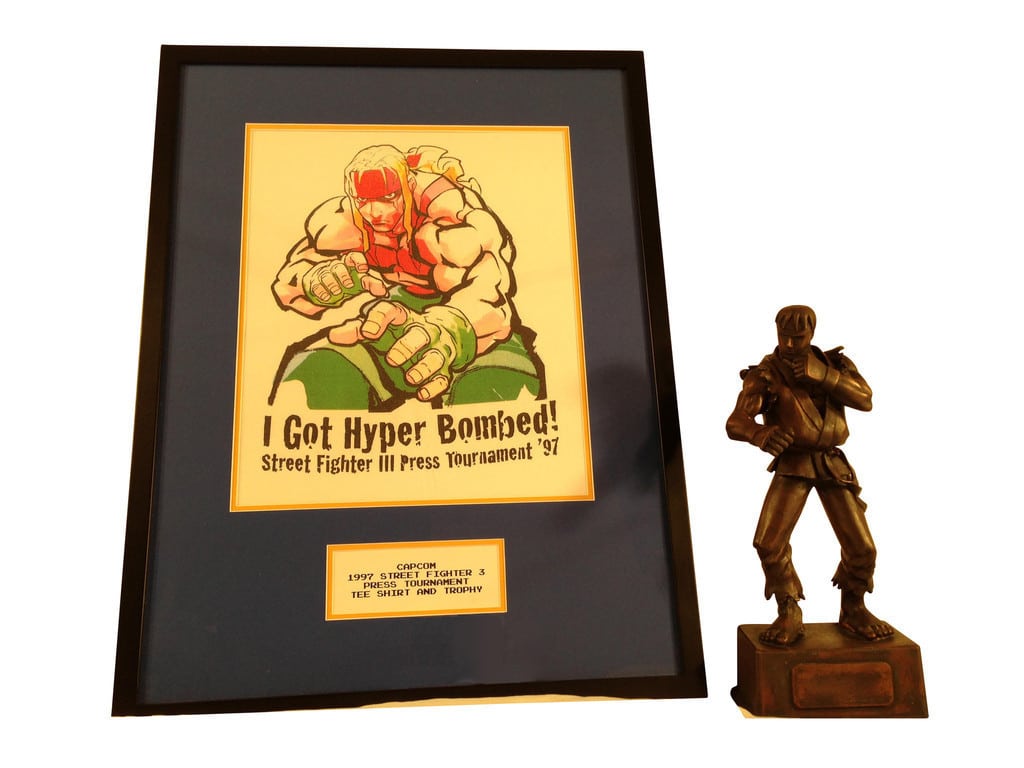 As far as video game historical artifacts go, this one has to be one of the most stately I’ve ever seen – a true trophy statue of Ryu, case in solid bronze. The story behind it is interesting – it’s one of two ever made (a third on a larger scale was made for a different purpose) and served three years in a row as a trophy for Street Fighter III “press tournaments” which took place at E3. The winner was awarded the trophy and was allowed it for one year, until the next competition and a new champion earned it for themselves. This particular trophy (and framed Street Fighter III t-shirt) was obtained from a Capcom employee.

Punch-Out!! Special Famicom JP – This fancy gold-cart edition of Punch-Out, called Punch-Out Special, was also given away as a prize – this time, to winners of the Nintendo Famicom Golf US competition. Surprisingly, this version of Punch-Out actually has a unique ROM and was released before Mike Tyson’s Punch Out; in this version, the game simply ends after defeating Super Macho Man

9 Persons 9 Hours 9 Doors (999) Preorder Watch – This watch was an exclusive preorder bonus for the DS title 999. Not to be confused with the similar watch from 999’s 3DS sequel, Virtue’s Last Reward, which was made available for purchase in limited quantities