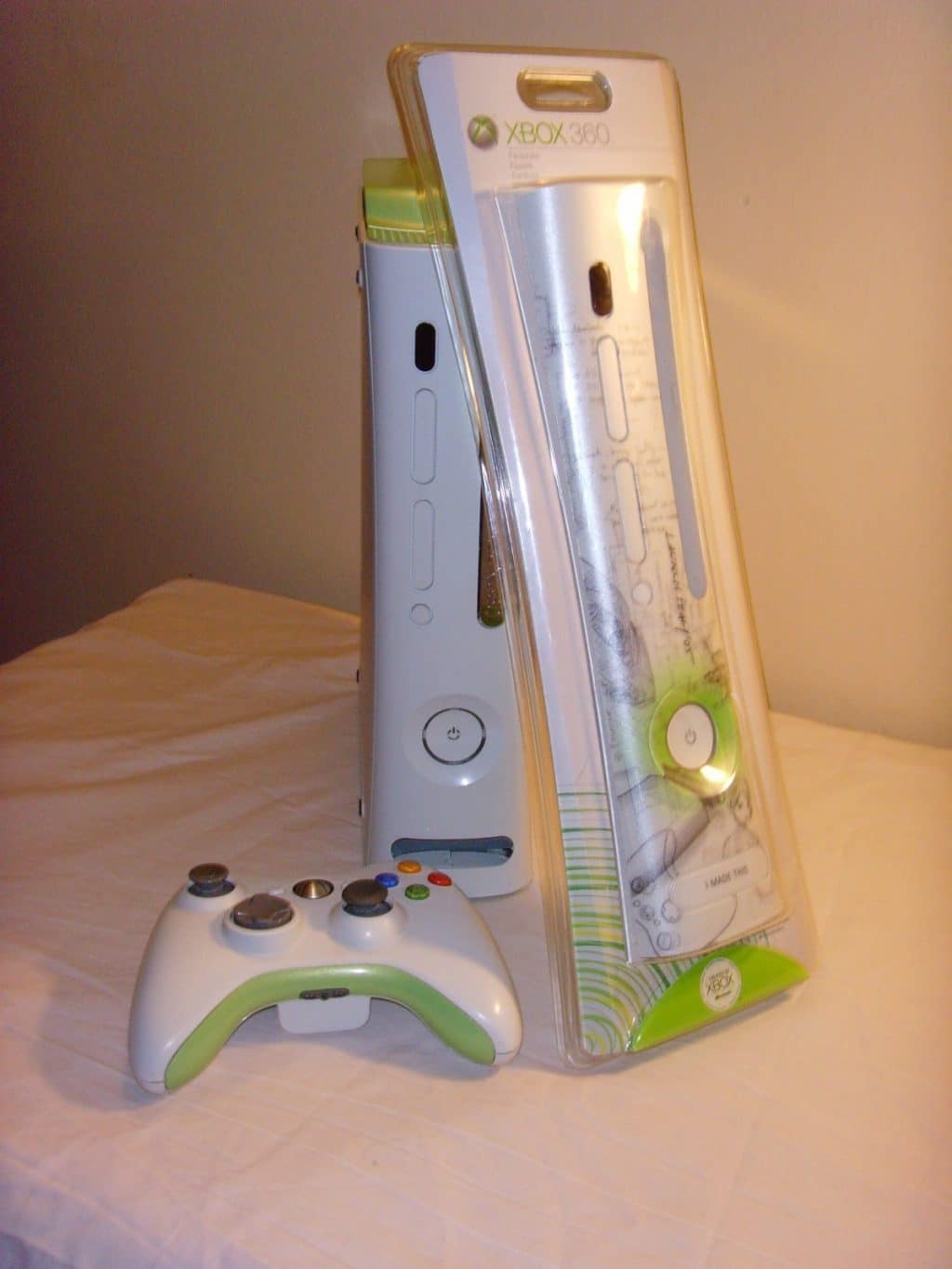 This is widely considered the rarest Xbox 360 model ever made, distributed to key members of Microsoft’s Xbox hardware development team. This specially colored 360 includes matching controller and HDD, a unique Dev Team serial number, as well as a special blueprints “I Made This” faceplate. Please note that the model featured here has fallen victim to the Red Ring of Death – I don’t know if opening the unit for a reflow would damage the serial number label, so you may want to ask the seller if you’re interested.

Mountain Dew And Doritos Xbox One Can And Bag – While the Xbox 360 launched with the beautiful dev team model shown above, the upcoming Xbox One is celebrating its arrival with… special edition Mountain Dew and Doritos. You have to admit, Microsoft knows its audience well!

FINAL FANTASY IX THE BOUNCER HOLOGRAM STANDEE – A unique lenticular store display that shows an ad for The Bouncer at one angle, and an ad for Final Fantasy IX from another. The outer carboard display seems to be designed so that the lenticular card can be swapped out for another card, but I haven’t seen any other cards for it personally.

Legend Of Zelda Board Game – A sealed copy of the famous Legend of Zelda board game by Milton Bradley. These games usually go for ridiculously high prices, so keep your eye on it

F-ZERO X Expansion Kit Nintendo 64 DD – One of the most coveted games for the Nintendo 64 DD, this “expansion kit” for F-Zero X added an incredibly robst track editor, as well as several new tracks and songs. N64 DD not included!