The Super Nintendo is still considered by many to be the premier platform. For role-playing games, this is the system that changed how we play story games.

If there’s a Golden Age of RPGs, you can believe that it happened on the SNES.

But whether you’ve dug out your old SNES. Grabbed a Super Nintendo Classic, or you’re just rocking an emulator.

You might be looking to dive deep into the most acclaimed RPGs of all time.

We’ve put together this list of the best SNES RPGs not simply for posterity’s sake. All of these games are still playable, they’re still great, and they tell amazing stories with incredible characters.

We’re starting off strong on our best SNES RPGs list with Final Fantasy VI. Which is still up for debate as not only one of the best Final Fantasy games.

But one of the finest RPG games of all time.

Though Final Fantasy fans argue about which is better, FFVI, FFVII, or FFIX.

Not even the most entrenched side will disagree that Final Fantasy Maxima tops the SNES charts for greatest RPG on the platform. 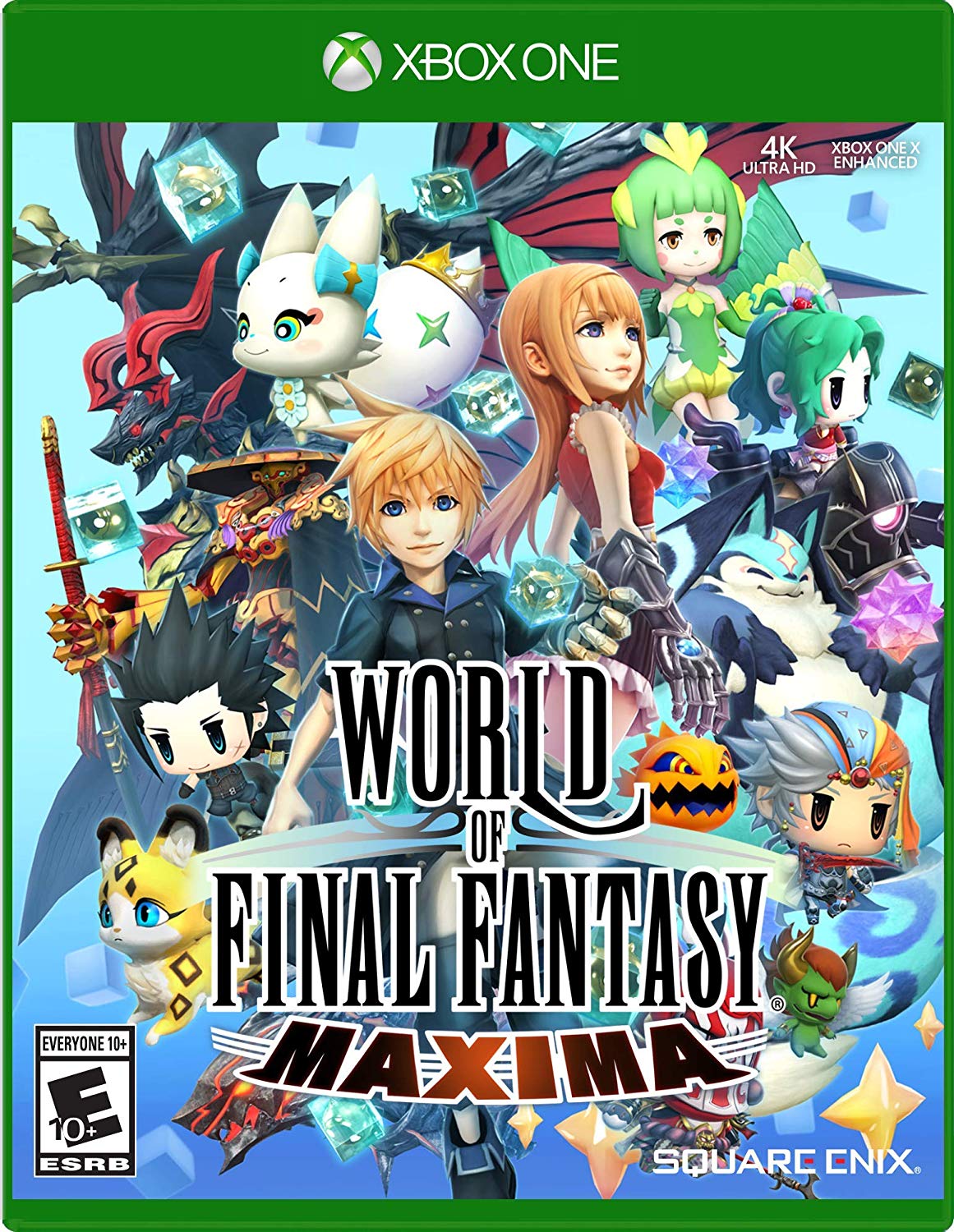 FFVI (released originally in the US as FFIII) is a dark, tragic tale of ambition, insanity, personal strength, and friendship. This entry had an interesting take on the characters. Instead of one central character as in almost every video game leading up to it.

It instead featured a rotating cast of characters who were all well-drawn and important to the story.

FFVI also has the distinction of one of the most chilling villains in RPG history: Kefka, the psychotic, dancing megalomaniac jester.

That makes the Joker look like a childhood birthday clown.

Perhaps the “cult classic” RPG of the SNES era. The Secret of Evermore isn’t as famous as the Final Fantasies or Chrono Trigger.

But it’s an excellent story and strange, dream-like world will stick with you for a long time. 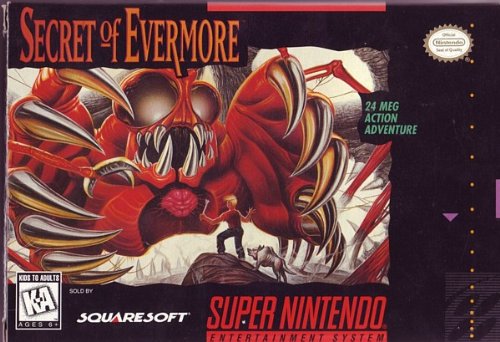 An illusion of Gaia’s gameplay owes a lot to the Legend of Zelda franchise. You run around dungeons and towns. Fighting bad guys in real time, solving brain-bending bosses. And working your way through clever traps and puzzles.

An illusion of Gaia takes players through a strange medley of actual historical sites dipped in fantasy.

Including the ruins of Angkor Wat, the Nazca Lines. The Hanging Gardens of Babylon, and even the Great Wall of China.

While the gameplay is a blast, the characters and the story are what really shine. The game follows Will, a psychic boy from a seaside town who is the son of a famous explorer.

Will and his father actually found the legendary Tower of Babel on an expedition. But something appropriately mysterious and awful occurred. Will returned alone to his hometown with no memory of what happened.

Now, he must piece together this mystery and save the world: you know, standard RPG stuff.

What elevates it is the haunting music. The fully realized characters, the amazing atmosphere. The feeling of beauty and loss the game leaves you with when you’re finished.

The secret of Mana is another game that features real-time combat.  Instead of the traditional turn-based system so popular at the time. It also had a pretty unique feature – you could actually play couch co-op with friends. Player 1 took control of the hero during fights and exploring. While Player 2 could jump in and take control of one of the other party members during battle.

The story follows the Hero, the Sprite, and the Girl. All of which are nameable by the player. 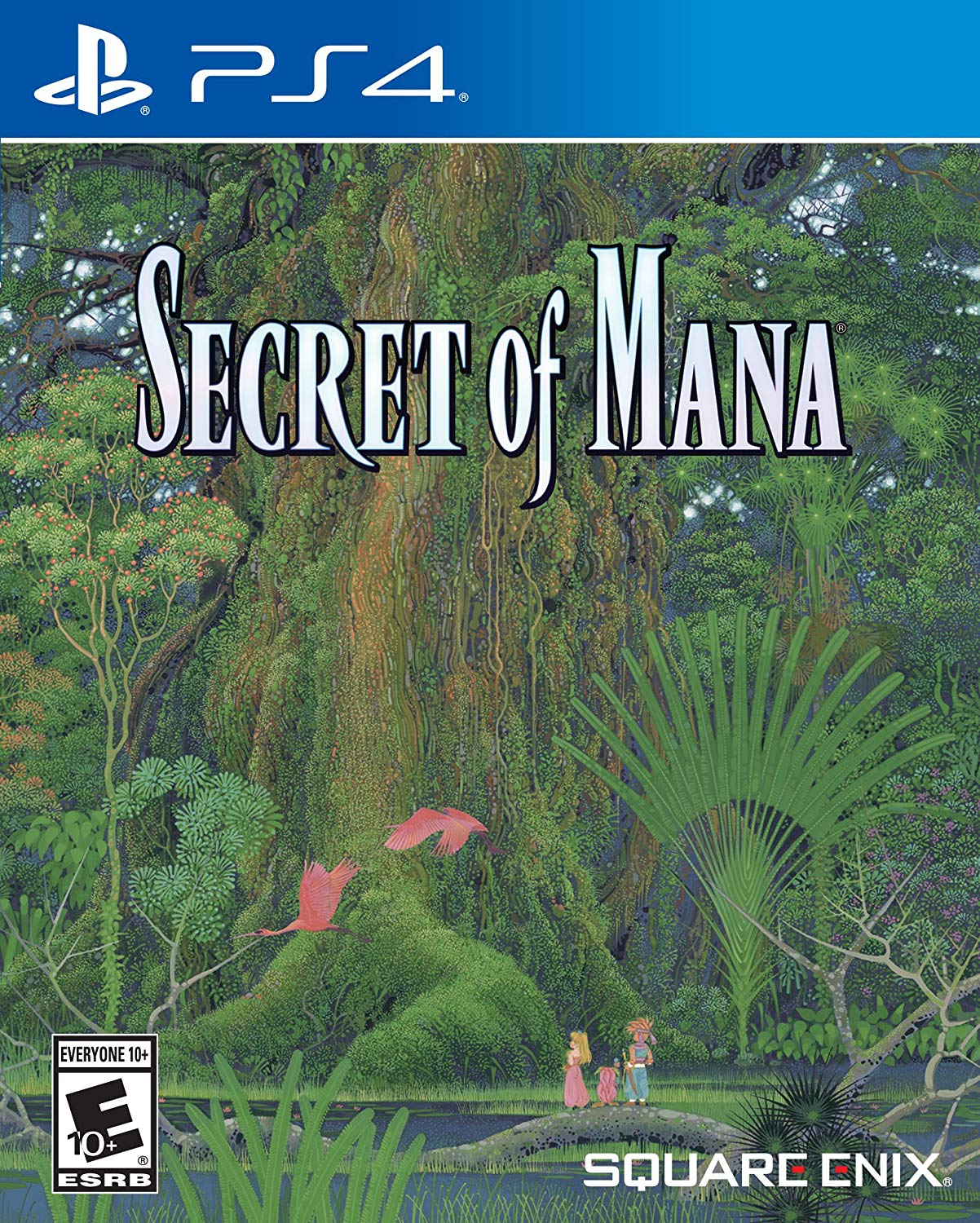 That is through a world-spanning adventure to stop the mythical Mana Beast.  And the ancient Mana Fortress.

The characters are all extremely colorful and memorable. Like Neko the traveling cat-merchant.  Or the Cannon Travel guy who literally fires the heroes from a big cannon toward their destination.

Flammie the dragon that flies you around the world map. Using an early 3D-simulator using just sprites and scrolling backgrounds that looked pretty good at the time.

With a memorable combat system that used a rock-paper-scissor weakness component.

The ability to play through an entire RPG with your friends, there’s a reason Secret of Mana is so well-beloved.

Originally released in America as “Final Fantasy II,” FFIV followed the adventures of the Dark Knight Cecil. A tool of the evil empire who gradually transitions into a hero.

Though Final Fantasy II and III did have stories. They weren’t as deep, and they were never released outside of Japan.

For the rest of the world, Final Fantasy IV was the first FF game with deep characters and a surprisingly rich story.

In many ways, it was the Final Fantasy that set the tone for the rest of the series, even to today.

With a surprisingly mature story about regret, redemption, and PTSD. And its additions to the RPG genre. FFIV will always hold a proud place in Gaming Olympus.

Chrono Trigger is the Rolling Stones to the Final Fantasy’s Beatles. The rougher, tougher, cooler but dirtier version that some people will always prefer.

Though it was also co-created by Hironobu Sakaguchi the creator of the Final Fantasy series. It’s more like if John Lennon was also in the Rolling Stones.

Chrono Trigger is famous for its character and world design, courtesy of world-famous anime artist and DragonBall creator Akira Toriyama. And it’s also so thoroughly adored by its fans because it’s pretty much a perfect game.

With a twisting story of time travel and ultimate doom. Chrono Trigger still takes the time to fully flesh out all of its main characters. When you find yourself crying over the backstory of an anthropomorphic Frog Knight, you know you’ve been hooked.

Either way, this quirk parody of RPGs and Western society landed with a soft thud when it originally released in America.

Over time, though, fans have come to love its wacky take on the usual RPG tropes. For instance, EarthBound is still one of the only games.

Where, if your characters are powerful enough. Enemies will just flee from you instead of engaging in a pointless, one-sided battle.

You lose money when you die instead of just going right back to your old save (though you do that too). And random encounters can even be approached strategically.

If you run up behind a mook on the map screen, you’ll actually start the fight behind them and able to attack first.

A sequel to the Japan-only game Mother, EarthBound was also unique. The time for taking place in a modern world.

Instead of the old tried-and-true swords and sorcery setting.

Soul Blazer was a strange RPG with a unique hook. You’re not trying to save the world, because it’s already been destroyed. Instead, you’re fighting to improve the world, to restore life to a barren planet.

It’s a killer hook, and it’s no wonder that the game still has a vocal following. You play “Blazer,” a kind of angel sent down by a god called “the Master” to fix the world. You’re out to stop Deathtoll, the jerk who was responsible for blowing up the world in the first place.

The story has love, betrayal, deals-with-the-devil, and sacrifice, all you could want from an RPG story. And the battle system – particularly the boss fights – are still worth the price of admission.

And, as a fun bit of trivia, Illusion of Gaia, earlier in this list, is kind of a loose spiritual sequel to Soulblazer.

As usual, leave it to Nintendo to master a genre with their first outing.

Though that scrappy Italian plumber had really only been known for his platformers at the time, Super Mario RPG kicked the door in on the RPG market with hearty praise.

Of course, it lifted much of its combat system style from Final Fantasy, but, it made the gameplay unique by keeping the traditional Mario side-scrolling platforming for the adventuring between fights.

This created a familiar-but-new game that players went nuts for. Plus, it featured multiple playable characters, allowing you to strategize fights with Bowser, Princess Toadstool, Geno, and Mallow all on your side and offering different skills and tactics.

And because Mario was already so beloved, Super Mario RPG ended up introducing tons of non-RPG players to an entire genre they had never considered before.

If you liked Secret of Mana, you’ll probably like Secret of Evermore. The combat system and much of the overworld exploration feels very similar - you’ve got the character swapping, the real-time battles, and the perspective is also very similar. 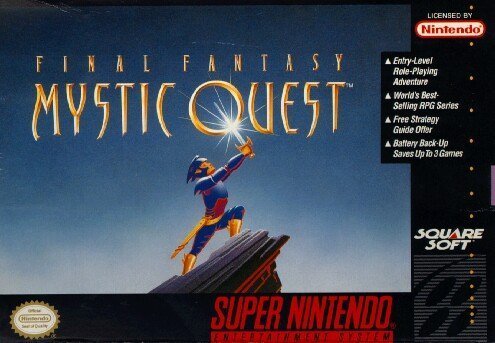 However, it’s not really a knock – games borrow from each other all the time. A The Mystic Quest was interesting because it was developed by Square in America, which also explains the in-game setting of small-town America. The setting shifts quickly as the main characters - a boy and his faithful hound - are transported to the world of Evermore by a strange machine.

There, they explore different eras in a fantasy-world version of history, including a dinosaur era, a Roman era, a medieval era, and even a future timeline.

The graphics are pretty solid for the era, the music is probably better than it has any right to be, and the made-for-America background allowed for a lot of in-jokes and references for Western audiences. It’s a solid title and one that sometimes gets forgotten behind Square’s other masterpieces.

If you’re a sci-fi and an RPG fan, there wasn’t much for you during the SNES era. Sure, Chrono Trigger had sci-fi elements, as did Secret of Evermore, but for a full-on sci-fi and spaceships experience, you turned to Star Ocean. The story takes Roddrick and up to 9 other characters through an adventure to cure a virulent disease. One of the most interesting parts of Star Ocean is that there are fully 10 playable characters, but you can only recruit 8, meaning you can never get all of the characters in one go.

You have to make some hard decisions, which gives a surprising replayability not common at the time.

Star Ocean also had a neat “affection” system that you allowed you pursue optional quests that would round out your party’s backstory, much in the way modern RPGs like Mass Effect and Dragon Age do. These side quests, and how your characters feel about you, also change the how the ending plays out.

Star Ocean was surprisingly ahead of its time, and it’s absolutely worth a replay.

Try, Replay, or Revisit the

A few of these titles are a part of the official SNES Classic system that Nintendo released: Final Fantasy VI, Secret of Mana, Super Mario RPG, and EarthBound are all in the lineup.

As for the rest, many of them can be bought in the retro stores on consoles like the Wii, WiiU, and the Nintendo Switch, or can be emulated relatively easily.

Honorable mentions go to Terranigma, Breath of Fire II, Tales of Phantasia, Lufia II, and Dragon Warrior I and II. They’re all great games, but sometimes you have to make your cuts.

All of these games in one way or another built the RPG genre we have today and are just waiting for you to revisit them best snes rpgs.