TheÂ item that deserves a first place today isÂ aÂ complete Atlantis 2 for Atari 2600.
The first cart produced for an official competition, Defend Atlantis, is by far one of the most sought after gems for Atari’s most succesful console.
The the label and box arts are like the ones on the “standard” Atlantis. The gameplay, instead, is much harder, faster, with a scoring system that gives no mercy.

If you want to see a picture of the auctioned game, just click on the link.
I’m adding an imageÂ related to another object, the most obscure and interesting (in my opinion) item that eBay contains today: the “Nintendo Virtual Boy TV“.Â Works likeÂ a Super Game Boy (or a Wideboy). It was used to test games during development, grab screenshots or showcase games on TV during expos. 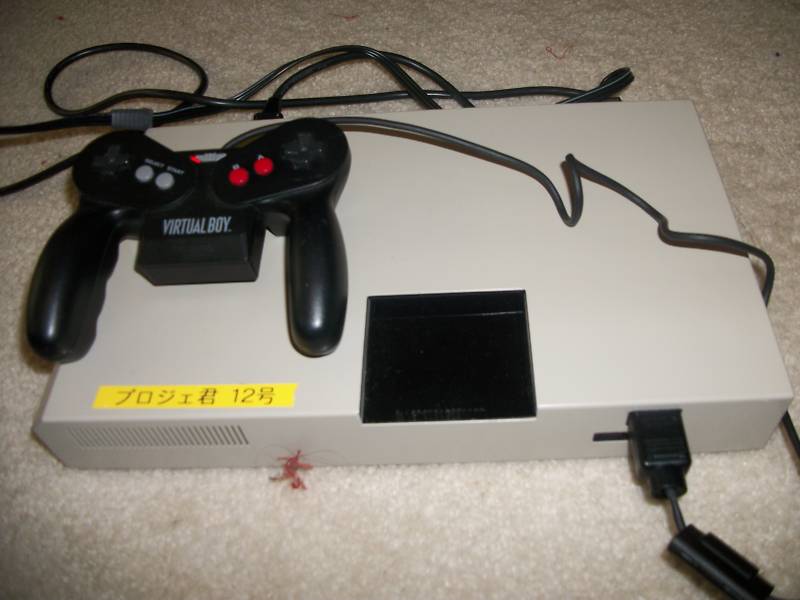 Presuming you’ve liked Videokrauting, TomatoidsÂ and Super Maro Beans, we want you to help us build the next video.
We want to chooseÂ some of the bestÂ games from the late 80s and first 90s to…”use them”.
Here’s a list of games we choose: Street Fighter 2, Sonic, Super Mario Bros 3, The Adventure of Link, Sim City, Golden Axe, Tetris, Out Run.
Which one would you like to see in our next video? Can you suggest another title, well known or worth “using”?
Drop a comment and let us know. Your choice will make the difference!
Remember, we’re going to use just 3 or 4 games, from the late 80s or first 90s!