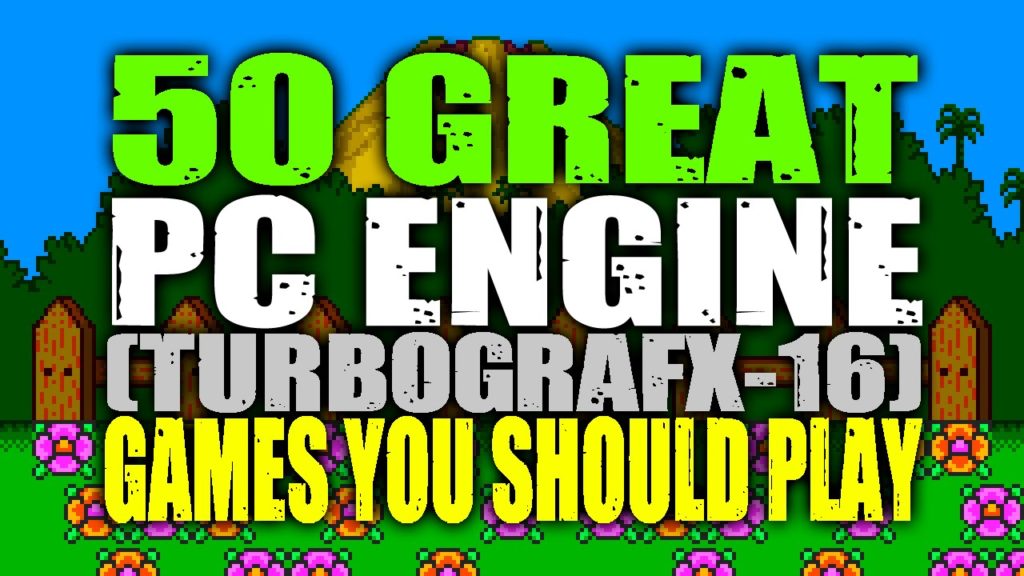 The Turbografx 16 was powerful console system with an impressive library of games that, unfortunately, got steamrolled by the Nintendo juggernaut. It was the first 16-bit console to be released in America. It was also the first system to offer a CD-ROM attachment, putting it in direct competition against the Sega Genesis. We'll dive into the Best Turbografx 16 games in this article.

Unlike the Sega CD, the Tubografx 16 actually offered games and a system powerful enough to make good use of the CD-ROM. With a better graphic processor and impressive video output hardware, the system offered much more colorful and vivid graphics than competing systems.

The Turbografx 16 also offered different games from other systems on the market. With bloody horror games filled with shock value like Splatterhouse, and edgy games pushing the envelope like Devil’s Crush and its Satanic imagery, chanting monks and waves of demons, the Turbografx wasn’t focused on kids. Many saw the console as the “adult” of the 16-bit video game systems.

Despite the impressive hardware and rich (though not extensive) library of games, the Turbografx 16 eventually faltered and succumbed to Nintendo. Its death was helped by the reluctance of 3rd party developers to anger Nintendo by releasing games in America for the Turbografx.

Let’s take a look at our list of the Best Turbografx 16 games.

How We Chose Our Ratings for the Best Turbografx 16 Games 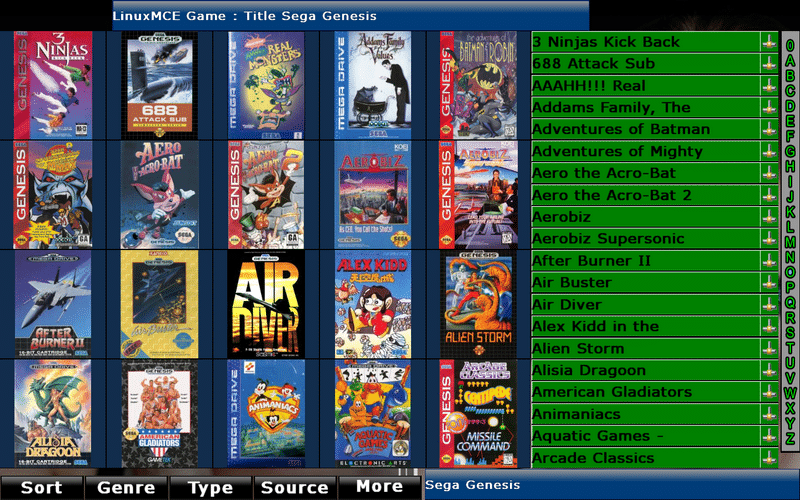 While everyone has different criteria, it’s important to understand how we rate games.

Personal opinion will always guide a review, but we balance opinion with research and outside reviews. We take a deep dive into the reviews and forums for outside opinions. We look at how successful the game was, both in the market and as a gaming title.

Most importantly, we play the game. For most of the games, we try to use the original system rather than an emulator (which can be difficult).

Finally, we looked for games that were not only fun (though fun is a critical factor) but also pushed the envelope. We’re looking for games that provoke a reaction and kept people talking long after the game was over

Let’s dive into our review of the Best Turbografx 16 Games.

While the Turbografx 16 was most famous for shooters (in fact, almost half the games released were shooters), we’re showing the full depth of the library with our list.

Sure, it’s a shooter, but Super Star Soldier was also one of the fastest and most colorful shooters of the time.

A vertical scrolling shooter that was both challenging and colorful, it offered graphics that make full use of the Turbografx 16 processor. With unique and powerful weapons, like flamethrowers and heat-seeking missiles not typically found in other shooters, Super Star Soldier was challenging and difficult, but not frustrating. The massive bosses, with destructible elements, were memorable and required a level of strategy not seen in other shooters. Players had to be careful, as bosses would often use weapons from previous bosses to keep gamers on their toes.

For flame throwers on a space ship, we give Super Star Soldier 3 out of 5 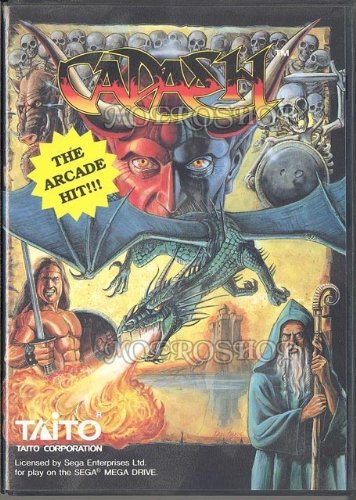 Many other games borrowed the combination of side-scrolling gaming and platforming elements with RPG functionality like experience, gold, statistics and item, but Cadash is an early example that did it successfully. It also offered a story, with a demon lord named Balrog who wants to be all-powerful and a kidnapped Princess who needs rescuing, but the story isn’t the focus. Gameplay and fun is the focus.

Your quest, find villages, explore dungeons and defeat enemies. The key to Cadash is getting together with friends to quest and conquer, and Cadash does it well. The game has a fast pace and is quick to punish you for mistakes. Each class has different abilities, and there’s plenty of loot to steal and buy.

For demon lords and kidnapped princesses, we give Cadash 3 out of 5 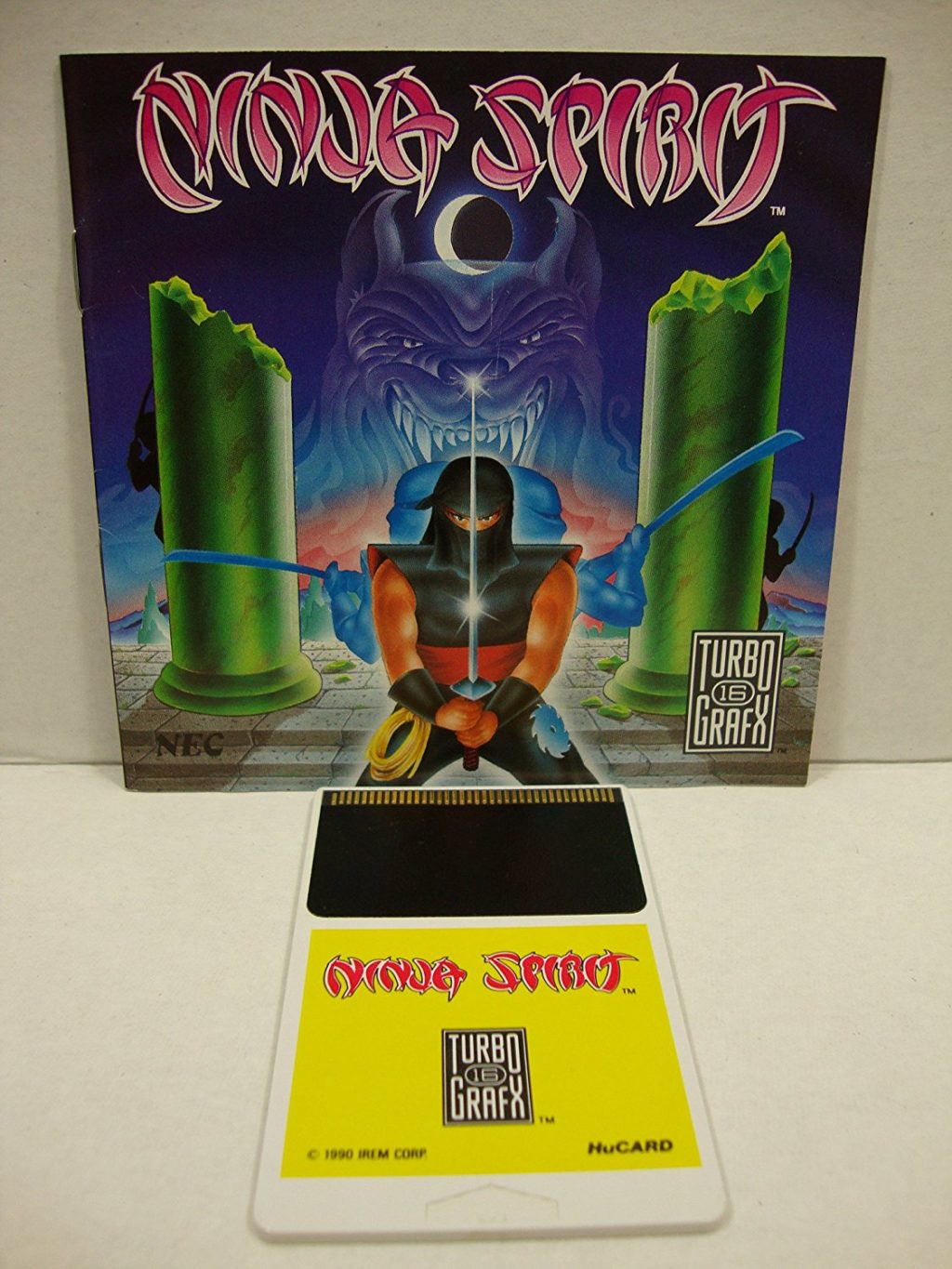 Ninja Spirit started as an arcade game, but the port to the Turbografx 16 is extremely close to the original, making it an easy choice for the Best Turbografx 16 Games list.

In the game, you play a ninja named Moonlight battling to avenge his father’s death. With 4 different weapons and plenty of ninja skills, you’ll take on enemies like other ninjas and monsters, as well as endless traps. You’ll need to strategically use your weapons and skills to overcome the enemies and levels. Chose the wrong weapon, and you’re in trouble.

Ninja Spirit capitalized on the power of the Turbografx 16 to impress with its gameplay and scintillating graphics. It felt like you were playing an arcade game in your home.

For awesome shuriken and shadow ninjas, we give Ninja spirit 3.5 out of 5. 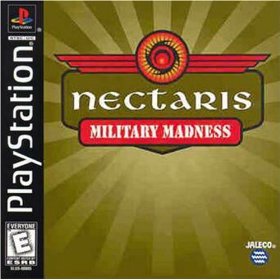 Tactical military and combat games were rare on consoles, but Military Madness gave the genre a new twist that made the game fresh for the Turbografx 16 audience.

In the futuristic game, the Axis and Allied forces battle on the moon for vital resources. You’ll start by maneuvering for position on a hex-based map. When your forces engage the enemy, the game switches to a side view so you can see the results of the fight – both good and bad. It’s visceral as you see your units slowly destroyed by the enemy.

Military Madness sounds easy, and it’s quick to start, but the difficulty ramps up fast. Players are pummeled hard as they learn the game. There’s a lot of complexity and strategy, and little forgiveness, to the game.

For giant space robots and moon tanks, we give Military Madness 4 out of 5. 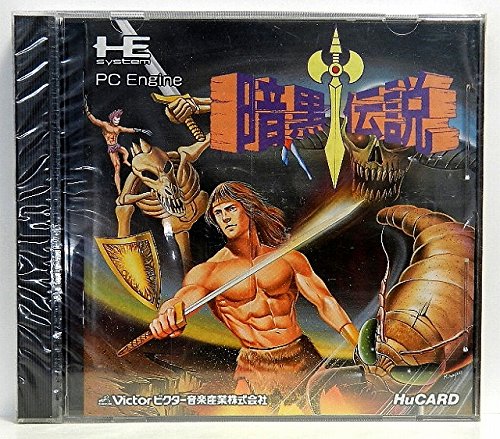 Legendary Axe is a side scroller that encourages strategic thinking and fast twitch gameplay in a way that’s rarely been replicated.

Legendary Axe has a simple story and set-up. You have an axe, and your girlfriend has been captured. Getting through the waves of enemies to rescue her is challenging and requires both strategic thinking and gaming skill.

You have a meter that slowly charges. The meter determines the strength of your swings with the axe, and slowly fades as you swing. You want a fully-charged meter to take on big enemies and need to use quick hits to take on smaller enemies. As you take damage, your axe gets smaller and charges slower. You can also collect different power-ups along the way. The pace of the game lends itself to plotting each move, before suddenly attacking before the meter depletes. It feels good as you take out enemies and conquer a level, and Legendary Axe rewards you when you do well.

For skillful axe-work, we give Legendary Axe 4 out of 5. 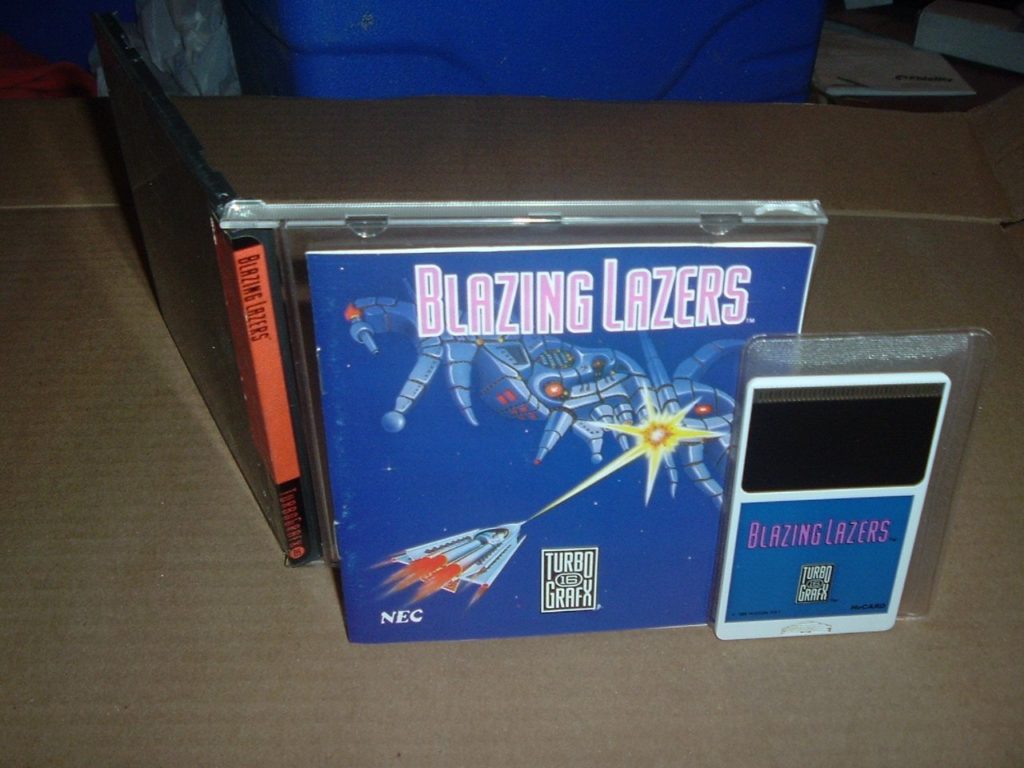 As one of the first releases for the Turbografx 16, Blazing Lazers really set the tone for the system.

Before Blazing Lazers, shooting games on systems like the NES were mediocre and confusing, with a graphic flicker that could make tight and skillful gameplay difficult. Blazing Lazers showed how sharp graphics could take shooters to the next level. With crisp shapes and sharply defined colors, the game was a dream come true for fans of the shooter.

Gameplay was fairly simple, with a combat system that included 4 main weapons and 4 secondary weapons. The different combinations would change how you played. Otherwise, gameplay was fast, tight and relentless with no lag time and slow down. Blazing Lazers set the bar for all the shooters that followed.

For crisp graphics for our lazers, we give Blazing Lazers 4 out of 5.

As one of the very first CD-ROM games for a console that actually worked like it should, Ys I & II (both games were released together) make our list of the Best Turbografx 16 Games.

Gameplay was a little different. It’s not a traditional RPG, but a top-down game that used action elements, such as ramming enemies to attack. Gameplay wasn’t the focus on the game, though, it was utilizing the power of the CD.

Ys came with full-screen cinematic stills, a beautiful, heavily-orchestrated soundtrack, and full speech and voice-over work that combined to advance the story elements. With Ys I & II, gamers could finally see what a CD-ROM could do for gaming.

Consoles quickly realized they needed exclusive franchises to compete in the market – a game series and character that would make gamers go out and buy the system. They needed a mascot.

The Turbografx 16’s first mascot, Keith Courage, wasn’t a good game or mascot. So, the system went back to the drawing board and came up with Bonk’s Adventure. Bonk was a lovable caveman with a big head and a tendency to headfirst dive into action to bonk enemies. All Bonk wanted was to rescue his girl, and he had the head to do it.

More than just a thick skull, Bonk also offered some truly fun and interesting gameplay elements. You can climb cliffs and waterfalls, then slam back to the ground to bonk an enemy into submission. If you aren’t in the mood to headbutt, you can float and move to the ground by starting a dive and then pulling out. Bonk’s Adventure was a tight platformer with enough new elements to keep gamer’s excited. Plus, Bonk was a great mascot, at least an equal to the ones found on other systems.

For dinosaur headbutting, we give Bonk’s Adventure 5 out of 5. 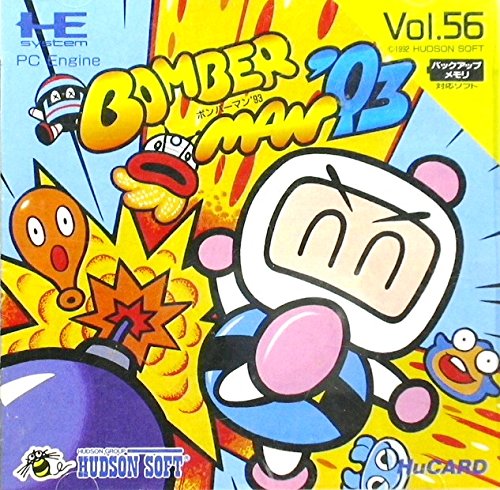 While Bomberman, and variations on the different Bomberman games, can be found on many different systems, few can match the fun and glory of Bomberman ‘93 on the Turbografx 16.

Before the Turbografx 16, Bomberman offered fun games. You had levels, stuff to bomb and power-ups to collect. The Turbografx 16 showed how much more Bomberman ‘93 could be with improved graphics and effects, more power-ups, larger and more complex levels, great sound, and (best of all) support for up to five players at once. Suddenly, Bomberman went from a fun game to a fun party game – one of the first games really meant to be used with family and friends over.

Every gamer who had Bomberman on the Turbografx 16 had stories about epic games. They included the requisite strategy, trickery, and massive explosions the series was known for – all against people sitting across the room from you.

Devil’s Crush was pinball taken to the next level. It featured a creepy and scary demon-theme, with pinballs that slowly become dragon-esque demon faces, and a woman’s face trapped in metal in the center of the table. The more you hit the ball, the creepier the game gets. The demon faces begin leering, the setting degenerates. There are skeletons, skulls, chanting monks. The music is genuinely creepy, setting the mood perfectly.

Add in great pinball gameplay with a table that’s free scrolling and a full three screens high. You have three pairs of flippers and plenty of ways to increase the score with targets to shoot and hidden bonus rooms. You fight back against the demons and occult by crushing them with your ball. It’s pure fun.

For leering demon pinball and changing monks, we give Devil’s Crush 5 out of 5.

It’s unfortunate the Turbografx 16 never reached the critical audience it needed to support the system.

In its day, it was a powerful console with better graphics than any other on the market. It had a target audience older than other systems at the time. There were plenty of great games with improvements making them markedly better than what any other system offered at the time.

Today, there are plenty of ports or remakes, and even cheap knockoffs of original Turbografx games. Don’t be fooled. The focus of a Turbografx 16 game was always the gameplay, and many don’t translate well to other systems. When reviewing other games, take a close look at the gameplay elements – the strength of the system.