I saw this on NA and thought it was worth a mention.

Doc Louis’s Punch-Out!! is a WiiWare title that was available as a reward for 2009 Club Nintendo Platinum members in North America. Choosing it awarded you a special code via e-mail to download the game when it was made available on October 27, 2009. Though a separate game, it uses the same engine as the Wii version. It also controls the same, with the Wii Remote or Wii Remote+Nuncuk used to duck, punch, and dodge. Unlike Punch-Out!! for Wii, there is no multiplayer, no Wii Balance Board Support, and only three game modes: Warm-Up, Training, and Sparring. Doc Louis becomes increasingly tougher to beat after each is completed, but Little Mac only needs to knock him out once to win.

Here’s the thing, tomorrow the code to download the game expires – and there’s only one code up on eBay. If, and this is a very big if, DLC ever becomes collectible, this might be something to make a Wii console very valuable and in demand.

It’s really hard to say though. From a personal perspective, lets say twenty years down the road I have a complete Wii collection. Obviously I will want a copy of exclusive digital games like these. I can obviously do so easily though modding a system, or shell out for a console with an original copy on it. I really can’t see myself doing the later if there is no actual physical copy of the game.

What do you think? 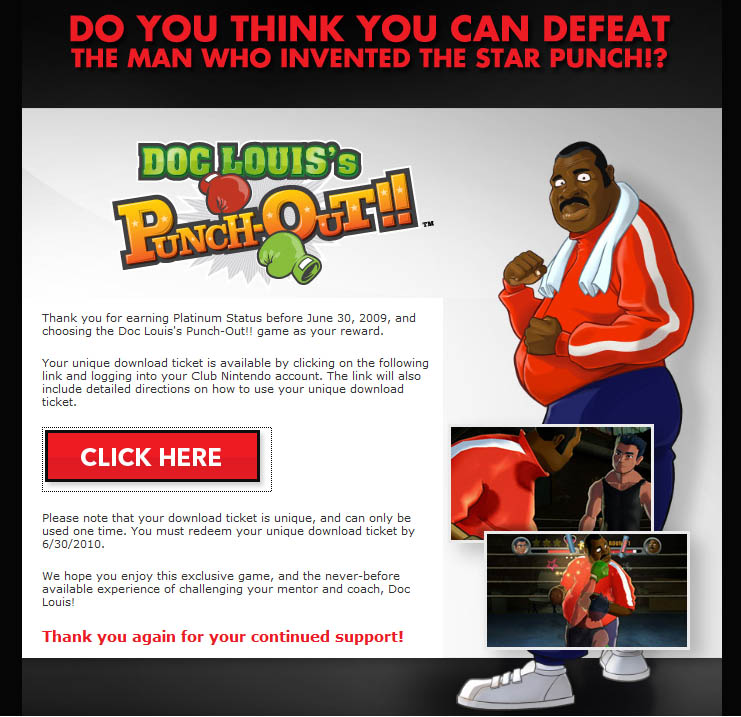