*NOTE: want to find up-to-date prices on your favorite classic video games from years past?  We’ll send you a complete catalog every day FOR FREE here!

Prices are based on 90 day history ending when the game was added to this list. When recent prices were not available, prices were sourced from historical data. For the most part the price range is from loose to complete. Data from sealed copies is not included unless stated. Rarity levels are courtesy of NintendoAge when avilable. Some info from SNESCentral. You should also check out our NES Price Guide and Rarity list here.

SNES Collecting is starting to hit it’s stride. Because of this there are several games which have started to command much higher prices as of late. This is especially true of complete in box (CIB) games that seldom show up in such condition. Boxes and occasionally manuals are basically fetching a premium. 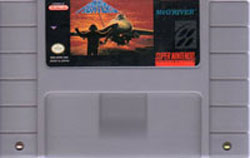 This was a port of SNK’s popular Shoot Em Up, Sonic Wings. It’s not just rare either,Â but is one of the best shooters for the SNES. This is extremely hard to find complete. 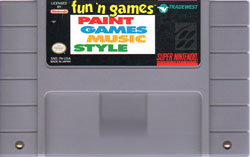 Fun ‘N Games is a mixture of games and applications – like paint. It’s also horrible. One of the rarest games on the system. According to staff who worked on the game, the total produced and released numbers 2000. In my opinion that number seems low based on how easy it is to find a copy at any given time. Also was also released for the Genesis, but that version is not rare at all. This one is always easy to find loose, but good luck with the box or manual.

Life Fitness and Nintendo created the Lifecycle trainer, an Exertainment interactive fitness system. Essentially, the system allowed you to pedal your bike and move your character faster on the game as well as steer using specially designed controllers that attached to the handle bars. Only two games were developed however, Exertainment Mountain Bike Rally and the Exertainment Bike Rally & Speed Racer double cartridge.

Many sites state that the cartridge never made it to stores and most of the copies available today were found at a Nintendo warehouse, with production numbers under 2,000. I’m not sure where this info came from originally however. 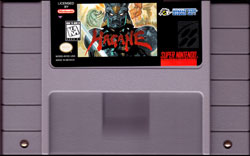 Hagane is a side-scrolling action game with similarities to the Ninja Gaiden series. It has no save feature and is extremely difficult, making the game quite frustrating. In the US, the game was a Blockbuster exclusive. 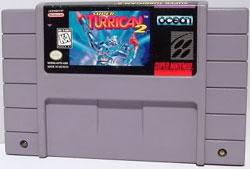 Super Turrican 2 featured more action than the origional and used Dolby Pro-Logic surround sound as well as many “Mode 7” effects, but sacrificed the big levels of the earlier games. The major addition is a grappling arm, similar to that used in Bionic Commando, which can be used to swing between platforms and grab power-ups. 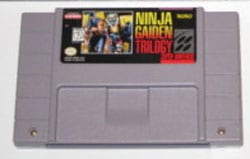 Ninja Gaiden Trilogy is a 1995 collection featuring all three previous games. Some improvements were made, such as password and upgrades to the cinematic sequences. The graphics were retouched and the soundtrack was updated. The third game was also made more playable by reverting the difficulty level to that of the Japanese version, with infinite continues and more reasonable damage from enemy attacks. Unfortunately, the ports suffered from slowdown, unresponsive controls and no closing credits. Some graphical changes were made that removed parallax scrolling from the backgrounds of the levels. Other graphical changes were made to comply with Nintendo’s “Family Friendly” censorship policy at the time (i.e. a pool of blood changed from red to green, and the removal of pentagrams).

Buy on eBay| Buy on Amazon 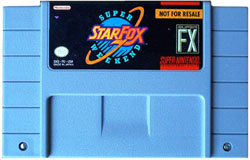 The Super StarFox Weekend was a contest run by Nintendo to promote the release of StarFox. The competition occurred at approximately 1500 to 2000 locations in the US. Extra carts were sold off by Blockbuster and Nintendo Power and according to an article included in the original packaging, the production number was around 2,000. 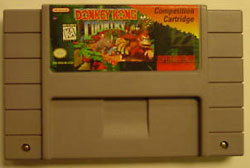 Donkey Kong Competition Cartridge is a sspecial timed version of DKC where you have five minutes to collect as many points as possible. It was used in the Powerfest ’94 championship finals, as well as in the Blockbuster World Video Game Championships II in 1995 as a qualifier. Afterwards, the carts were sold in the Nintendo Power subscriber catalogue. The cart label itself looks pretty much like the standard release, except the corner has a display saying “Competition Cartridge” and the top of the label states “Resale/Rental of the Game Pak is Prohibited!”.

The M.A.C.S. were designed by the Military to train soldiers in bootcamp back when the Super Nintendo was in its heyday. There were two parts, the cartridge and the gun. The gun was essentially a real M16 (actually a AP 74 – a M16A2 clone), only stripped down and modified. It is far more accurate than the Super Scope and has an authentic weight and feel. The carts are generic American SNES carts, with a sticker giving the simulator title and version number. There are three different versions of the cartridges, and it’s been suggested that there are roughly 600 of each produced.

Price: Varies a lot. Last one I have was $800 for Gun & Cartridge and was last year.

Check for carts on eBay

There were used by official authorized Nintendo service centers to test and help fix actual hardware. There are several types of cartridges and label variations do exist. I’ll add more when I have more recent sales.

Check for carts on eBay 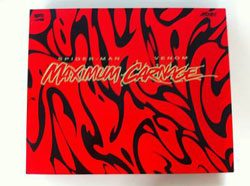 This set was sold on the QVC home shopping TV channel and limited to 5,000 copies. Aside from a sealed copy of the game the box included a red leather bound collection with The Amazing Spider-Man # 361, 362, and 363 – the first appearance of Carnage. Also include were three metal pins featuring Spider-Man, Venom, and a Gold Carnage pin along with a certificate of authenticity from Marvel

Check for copies on eBay 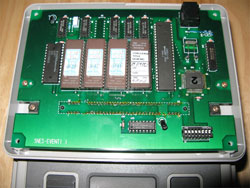 In 1992 Nintendo created another nationwide contest after the success of the 1990 NWC and the 1991 NCC. This was the first official competition cart made for the Super Nintendo. The event traveled to around 35 different college campuses where thousands of students battled for a chance to compete for the next Nintendo World Championships title. To compete, gamers had to grab 50 coins in Super Mario World, finish two laps on the first track in F-Zero, and reach the highest score they could in Pilotwings, all before time ran out. At the event all three games were combined into a sspecial cartridge made specifically for the 1992 SNCC. Almost all of these cartridges were destroyed and now only two are known to exist.

Price: Unknown. As far as I know there is no public data on the sales to date. 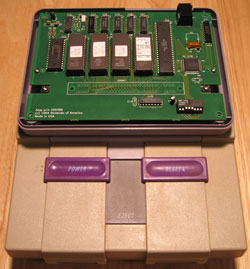 The Powerfest 94 competition was an attempt at Nintendo to replicate the success of the Nintendo World Championship held in 1990. There were three games included in the competition cart. In the first section, you played level 1-1 of Super Mario Bros: The Lost Levels. In the second section, you play the first track of the Mushroom Cup in Super Mario Kart. The final part was the home run derby in Ken Griffey Jr. Presents Major League Baseball. Much like the NWC, the most points were made in the final game, so finishing the first two games as quickly as possible was key to victory. 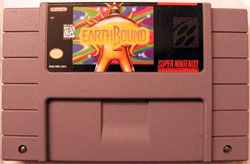 I hate that Earthbound makes this list, but it commands such ridiculous prices I have no choice. Basically, the game is a cult classic with extremely rabid fans. That`s enough to boost the price, but the thing is it has never been re-released. The only way aside from emulation is to play it on the SNES. People want to buy it to play, and people who own it are hesitant to sell. That keeps the price high despite the massive supply.

Chrono Trigger is such a GOOD game. The story follows a group of adventurers who travel through time to prevent a global catastrophe. The game has stood the test of time due to itsmultiple endings, plot-related sidequests focusing on character development, unique battle system, and detailed graphics. Unlike Earthbound, this has been re-released in multiple forms. Again though, the demand for the origional is there and keeps the price up. 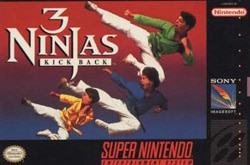 The cart is pretty easy to find, and fetches a mere $10.00 – $20.00. However, this one is apparently brutal to track down CIB, with some collectors admitting to looking three years or longer. It was a late release and some belive it to be rental only, although there is no evidence to the later. 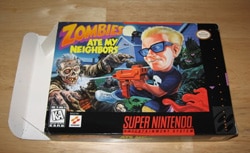 Despite the fact this box has the same id number as the normal version, some people figure this might be a Mexican release. There is the possibility that there were carts and manuals remaining from the origional run, so Konami produced new boxes. That seems horrible unlikely to me however. Right now the origion is uncertain.

Price: The most recent sale was via private forum for a final price of $425.00. This was a CIB copy, although the box and manual are the same as the regular version.

Captain Novolin is a SNES game starring a superhero who has Type 1 diabetes. It was sponsored by Novo Nordisk, makers of the Novolin brand of insulin. It is believed it was sold by Novo Care to Childhood Diabetes in-patient care clinics directly and via calling their office or mail order. This game itself is semi-rare (R7) but much harder to find with the doctors sleeve/slipcase. The entire boxed game fits inside the sleeve and there is a signout list for patients to borrow it from the doctors office on the back. Apparently the sleeve is not a Nintendo manufactured item, but was done in-house by NovoCare. Which makes sense given the lack on any Nintendo seals or references. 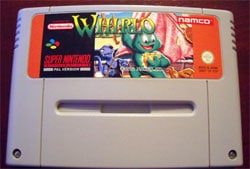 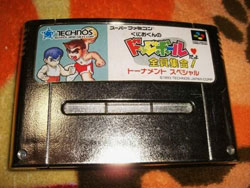 The original game is a Japan only sequel to Super Dodge Ball which in additional to upgraded graphics and gameplay allows you to ability to customize your team and characters. The Gold cartridge is as special limited edition given as a prize during a tournament in 1993. It came in a luxury box with a letter of congratulations signed by Technos. Numbers on this one are conflicting as some sources say 50 while others say 8 were produced.

Essentially the game is a sspecial version of Yoshi’s cookie. It was made by Panasonic to commemorate the release of its Kuruppon Oven, which from what I gather, is somewhat reminiscent of an EZ Bake Oven. What’s different is that the game included an extra mode called â€œcooking adventureâ€. Obviously, the game is rather rare. All the information seems to point to 500 copies being produced.

Price: All over the place. I’ve seen comments that the game has sold for as high as $5,000. However, I have seen it sell for $1,600 on Yahoo Japan. I also personally lost out on an eBay auction that ended for just slightly higher than $100. I really should have bid higher on that one.

Check for copies on eBay 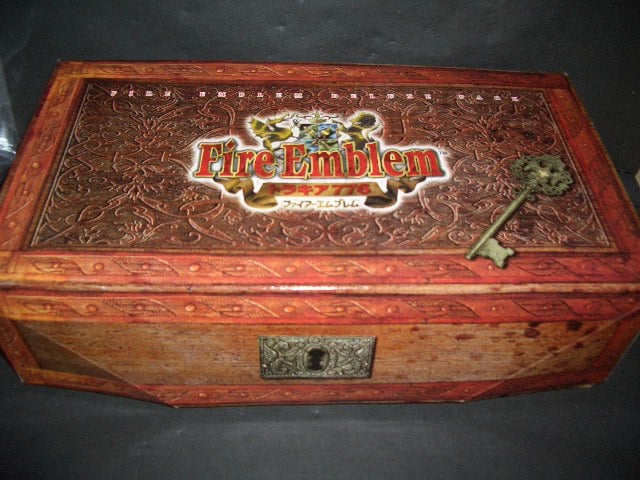 Check for copies on eBay.