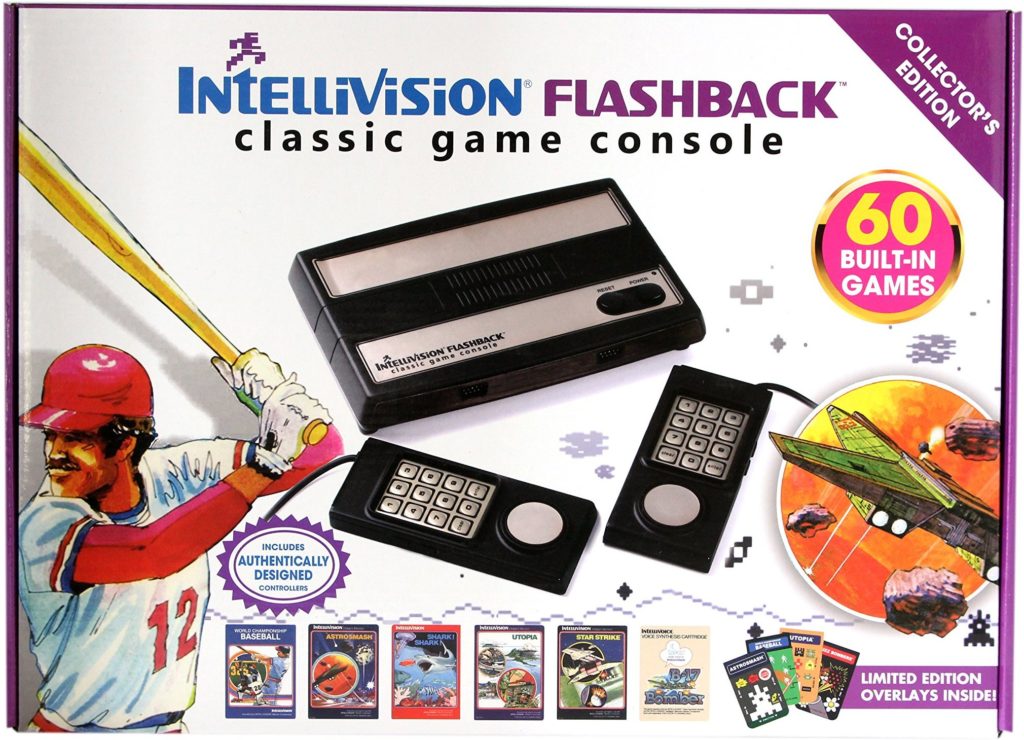 You know how you can tell a console is ancient? It comes with a wood grain finish.When the  Intellivision Flashback first came on the scene in 1979 it was a surprise hit. ColecoVision hadn’t released yet, and the Atari Video Computer System hadn’t yet gained the traction it would around the time it was renamed to the 2600.

What Is the Intellivision Flashback? 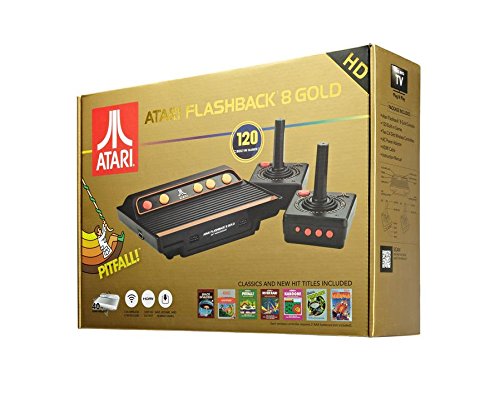 A spectacular question. Classic consoles packaged as all-in-one units are all the rage right now – you can just look at the success of the Nintendo and Super Nintendo Classics to see how high the demand is for nostalgia-based gaming consoles.

The Intellivision Flashback is extremely easy to set up, so don’t worry about having to dig through the cord chaos behind your TV. Plug in the power, plug in the signal cable, and connect the two controllers and you’re ready to roll back the clock.

How Does It Feel? 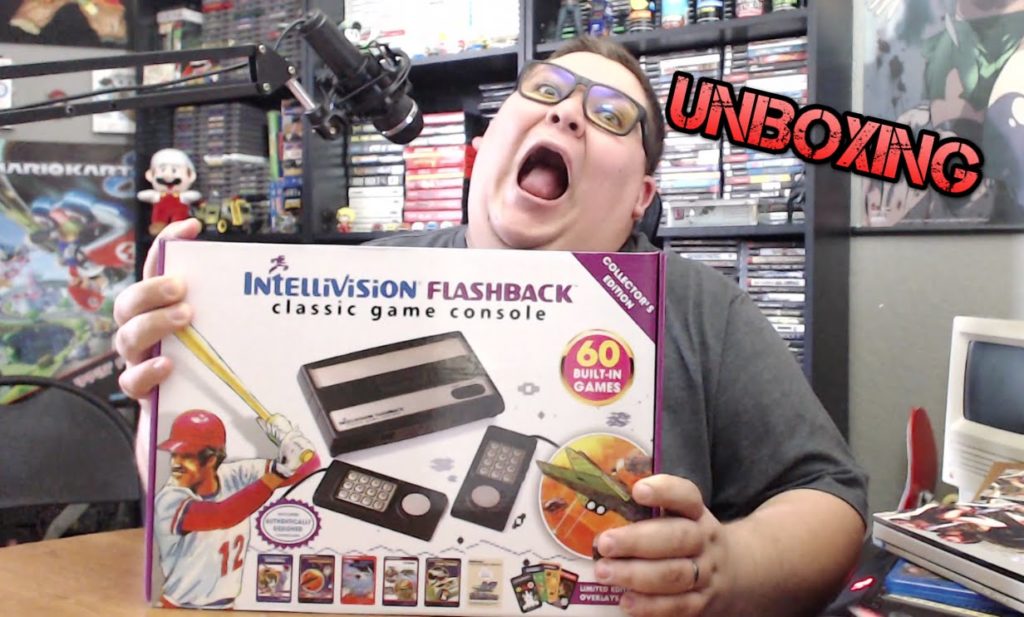 Unboxing the Intellivision Flashback is like a blast from the past.

If the controllers aren’t identical to the original controllers, then there close enough that you can’t tell. Just as back in the day, the controllers are equipped with a number pad and a dial. There are also plastic overlays for most of the games, which attach to the number pad to show you what the unique controls are for each separate game.

The only notable change for the controls is the removal of the old-school curlicue cord that used to come with remotes and phones of the era. Instead, the controllers use a normal, straight cord – practical, maybe, but missing some of the charm.

The cables could be longer – just like the Nintendo Classic, you pretty much have to yank the whole unit out of your entertainment center and put it in the middle of your room in order for the cables to reach.

While that may have been fairly accurate for the time, in the modern era it’s a little annoying to have a long stretch of cable and console in the center of your room. Especially if you have young kids who are prone to trip on them, or dogs prone to eat them. Eat the cables, I mean, not the children.

The console itself works great, and this classic game console comes with 60 built-in gamesbut the design does feel a little light. The plastic feels a bit flimsy, but since the console itself plays games just fine it’s a minor mark.

What Games Does the Intellivision Flashback Come With? 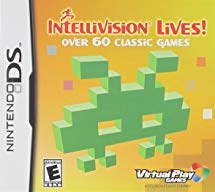 60 built-in games are nothing to sneeze at, and the designers did a great job of including most of the classics. You will find 3rd party games that are missing – a little digging tells me that it was just too expensive to get some of the licenses for those games.

You’ll also notice that some of the titles have changed, and this is also a licensing issue. All of the branded Dungeons and Dragons games have been changed (just the names, not the gameplay), as have some of the sports game. While the NBA and the MLB might not put their official stamp of approval on these games any more, it doesn’t make them any less fun to play on a Saturday night with a good friend.

However, the games that are included is fairly comprehensive. We’ll break them down by genre for ease of use, and to help you find what you’re looking for.

How Does It Stack Up Against Modern Consoles? 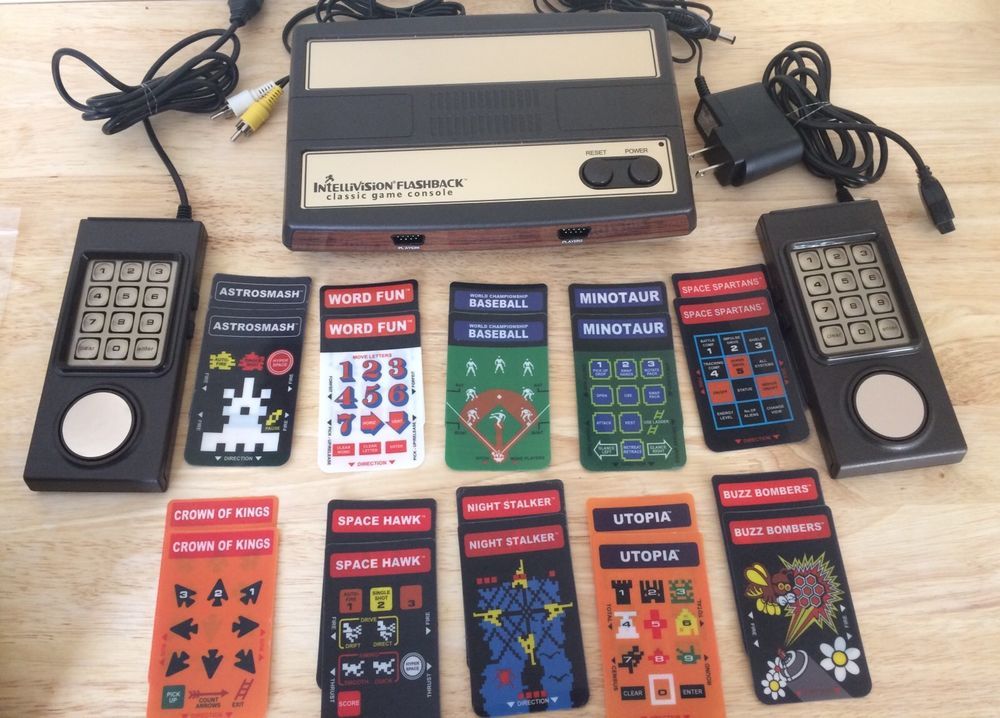 Well, I hate to be Mister Obvious, but, it doesn’t.

That doesn’t mean you shouldn’t get one or that it’s a bad console – quite the opposite. But when looking back, it’s easy to look at the simple blocks and bright green lines and ear-smashing sound effects and wonder how anyone could enjoy playing those games.

But back in the day, those consoles were top of the line. Those games were revolutionary. As you’ve seen so far, there are a few games in the Intellivision Flashback that literally created brand new genres (Utopia, Slam Dunk, Vectron) that still exist today.

Interacting with screens didn’t really exist before these consoles – you either watched something on TV or the TV was off. This was long before consumer computers were within striking distance for most families, and the ability to control what was happening on a home television screen was literally revolutionary.

If you’re looking to buy one of these so your kids will stop hounding you about a PS4 Pro, you’re gonna have a bad time. But if you grab one to appreciate the history of the medium, to have a bit of simple fun with your friends, and to play some really, really hard games, then the Intellivision Flashback could do the job.

Travel Back in Time with the Intellivision Flashback

As classic consoles go, the Intellivision Flashback fits right in the current crop of options when it comes to build quality, built-in games, and old school feel.

Sure, the cables could be longer, and the console itself could stand be a bit sturdier, but the ease-of-setup to gaming-fun ratio is titled in the right direction.

If you’re an old-school gamer feeling a little nostalgic, the Intellivision Flashback is definitely coming back and worth checking out!