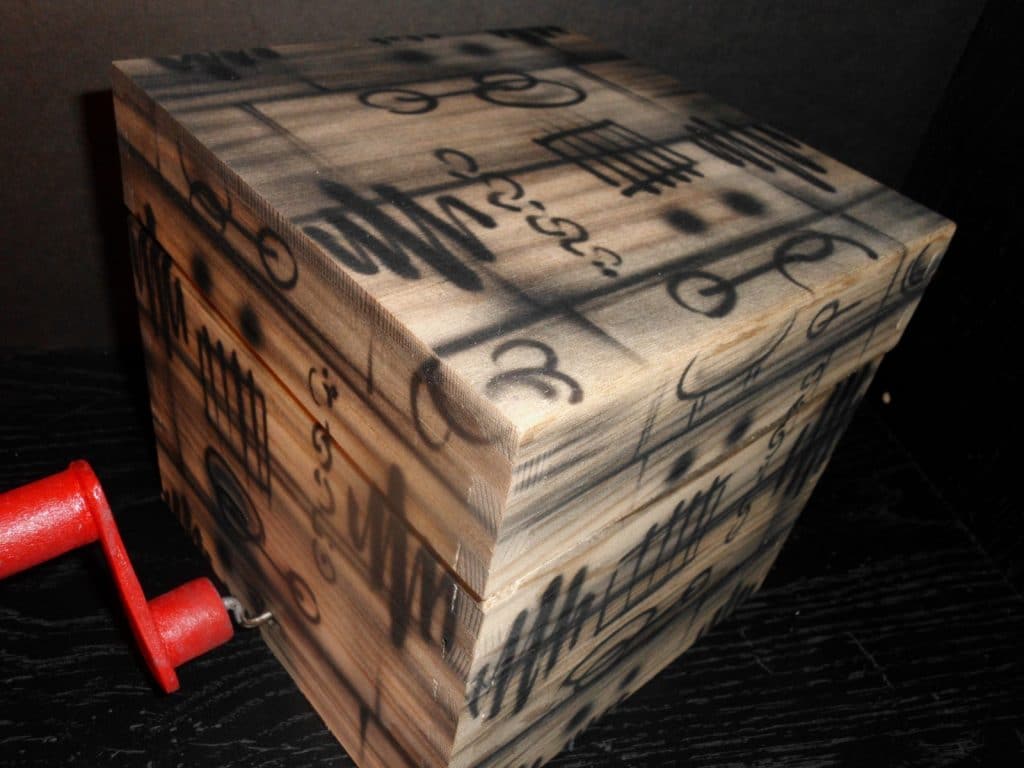 Today, we have a truly one-of-a-kind item that will become the crown jewel of any Zelda fan’s collection. This is a handmade wooden music box which plays the famous Song of Storms. The box is 100% mechanical, with the song played via song strip. The seller has been kind enough to provide video footage to show this beautiful box in action.

Nintendo 64 1080 Snowboarding Snowboard – An actual snowboard promo for the N64 game 1080 Snowboarding. The most curious thing about this item is the “N64 Sports” branding… it implies that Nintendo made other sports-related promo items. Could a Wave Race 64 Jet Ski be floating around out there?

METAL GEAR SOLID 2 JAPAN SHAREHOLDER EDITION – This rare edition of MGS2 was distributed only to Konami shareholders with holdings of 100,000 yen or more. New in shrinkwrap

Pc-Engine Core Grafx console + CD Rom2 + system card – You often see the pieces-parts on eBay, but it’s uncommon to see a Core Grafx, a CD-ROM2 system, and a “briefcase” Interface Unit all bundled together in 100% working condition. The CD-ROM2 has some yellowing that can be reversed with a little Retr0bright

Nintendo Promotional Touching is Good Mannequin Hand – One of the more bizarre of Nintendo’s ad campaigns. Those who recieved these mannequin hands were encouraged to take interesting photographs of them and submit them for a chance to win a DS and cash. The site is still live here

The Warriors Spray Paint Can & CD Sampler – Leave it to Rockstar to make the best promo items. A spray can, CD, and figure, all to promote The Warriors on PS2/Xbox