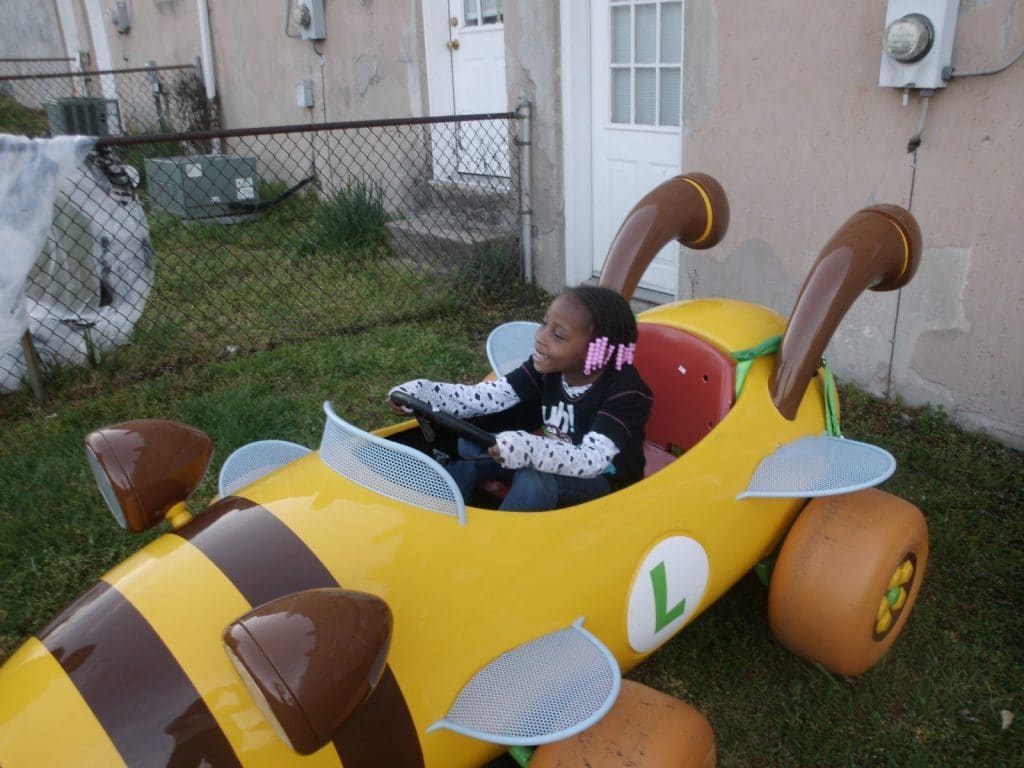 This has to be hands-down the most insane auction I’ve seen during my time at GameSniped. This cart was apparently the grand prize of a Mario Kart 7 sweepstakes held around the game’s release in 2011. There’s no indication on whether or not the car works, but it appears to be in pristine condition. The Buy It Now seems like highway robbery, but MAKE SURE to read the description for shipping (or lack thereof) information! For most of you, myself included, this is collectible porn that’s way beyond your wildest dreams – so below is a rather paltry list of other items I could find tonight. If you decide to bid on this one-of-a-kind item here, good luck and gospeed!

SEGA SONIC LIGHTED STORE DISPLAYÂ  – A beautiful lit standee with a bit of history behind it involving Sega and Brazil. While Nintendo left the South American market to rot during the late 80’s and early 90’s, Sega saw their opportunity and created a massive following in Brazil by releasing the Mega Drive (Genesis) there. They created a massive fanbase which is still alive in Brazil today

Nintendo Gamecube Dolphin Cart NPDP – A Dolphin devkit NPDP cartridge (basically a hard drive in a shell) containing a game from Bits Studio. The lister has no reader and was unable to test, but the company released two games for the Gamecube – Die Hard: Vendetta and Rogue Ops. This cartridge is either one of the two, or a cancelled project which never saw release

MASS EFFECT BRONZE SR-1 NORMANDY SHIP – I normally shy away from posting very recent items, but this stately bronze model of the Normandy from Mass Effect deserves mention. 1 out of the 300 released at SDCC this year

Imagineer Arcade Stick (MD/SFC/Neo Geo/PC Engine) – An arcade stick with a universal adapter that allows it to connect to a Genesis, SNES, Neo Geo, and TG16. A jack-of-all-trades for those on a budget

Nintendo Gamecube Kiosk Store Display – In working condition, lights and all. Missing second controller harness and with some mild scuffs, but comes with two demo discs to sweeten the deal (#21 and #36, NTSC-U)

Nintendo Gameboy Color Limited Edition CARD CAPTOR SAKURA – Limited edition Game Boy Color with Cardcaptor Sakura branding. Don’t know the story on this one, doesn’t appear to have been bundled with a game