Hi everyone, it’s Kim. I was searching for more awesome stuff on eBay and came across this gem. Who doesn’t love Nintendo action figure set? This rare set is from ToyBiz. Check it out here.

The set includes Mario and two motorized vehicles from Mario Kart 64 and Banjo and the plane racer and race car from Diddy Kong Racing. I’ve seen a few these items around individually (Luigi, Wario, Donkey Kong). Unboxed, used figures sell pretty cheap ($1 – $5). The individual figures still in their boxes typically sell around $100 and up. This is a complete set in the original box. It’s never been removed from the box and there’s only some minor wear on the box itself. Obviously, condition of the figures pictured below are new. 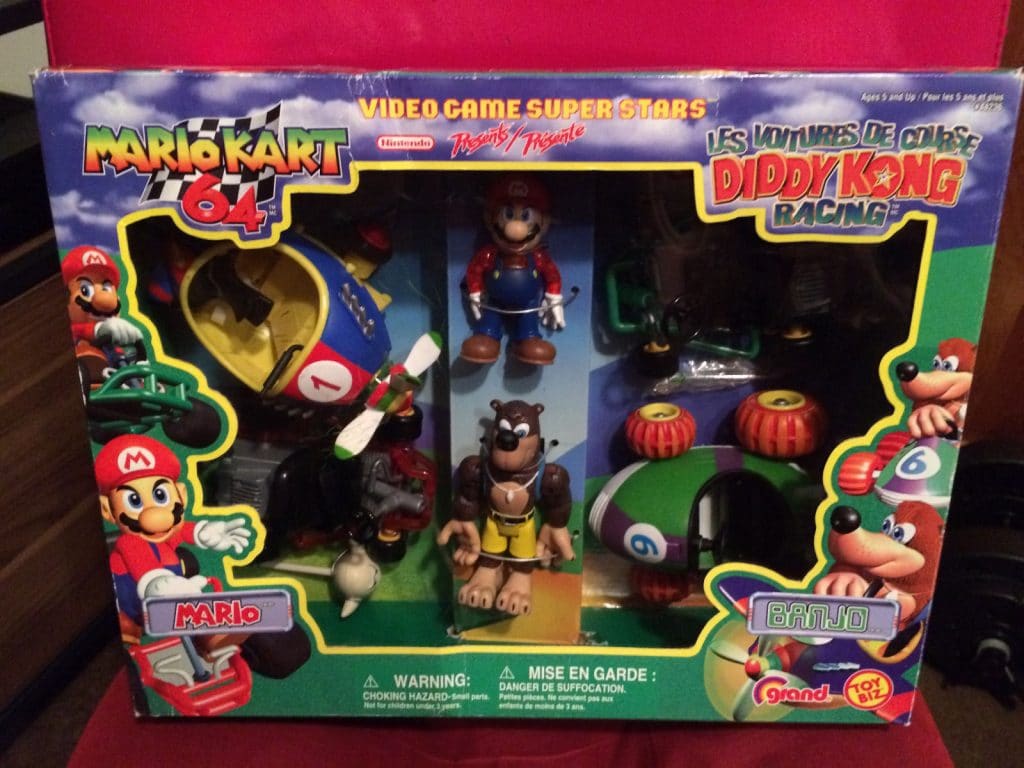 I also want to show you a couple of items that were brought to my attention by Thomas. Huge thank you for bringing these rare ebay listings to our attention! These two games are both for SNES.

The second is Starwing Competition. According to the seller, this is the German PAL equivalent to the NTSC version of StarFox Super Weekend for the SNES. 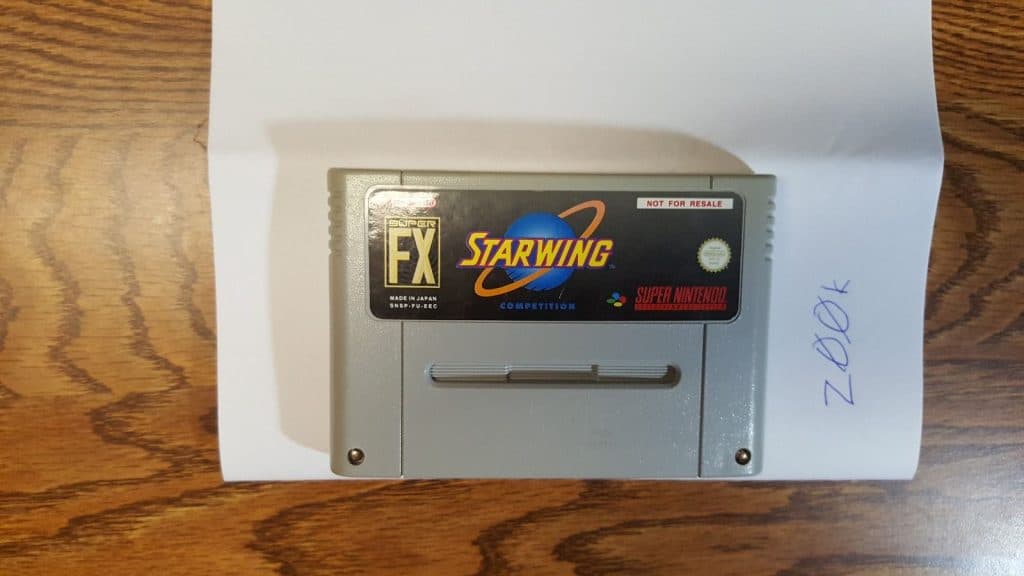 Both of them appear to be in great shape and look like they have been well cared for. These carts are super rare and were never commercially released, and only had limited production runs. These are excellent collector’s items.

I found some other rare game lots. Here you go:

Since these are great paired together, I also tracked down a few game lots that include both games (and some others) for a couple of different platforms.