Hey, guys. Link here. One of our readers recently reached out to me to bring my attention to a listing for a super rare Mega Man 9 press kit autographed by Mega Man series creator, Keiji Inafune!

This bad boy is still sealed in its original packaging. According to the seller, he originally purchased it from a New York Comic Con 2010. A very limited number of press kits were produced in 2008 to celebrate the original game’s 1987 debut. According to the seller, the Mega Man 9 press kit includes a mini CD (containing game screenshots) and additional, original artwork from the Dev team enclosed on an original NES cart! Check out the listing here. 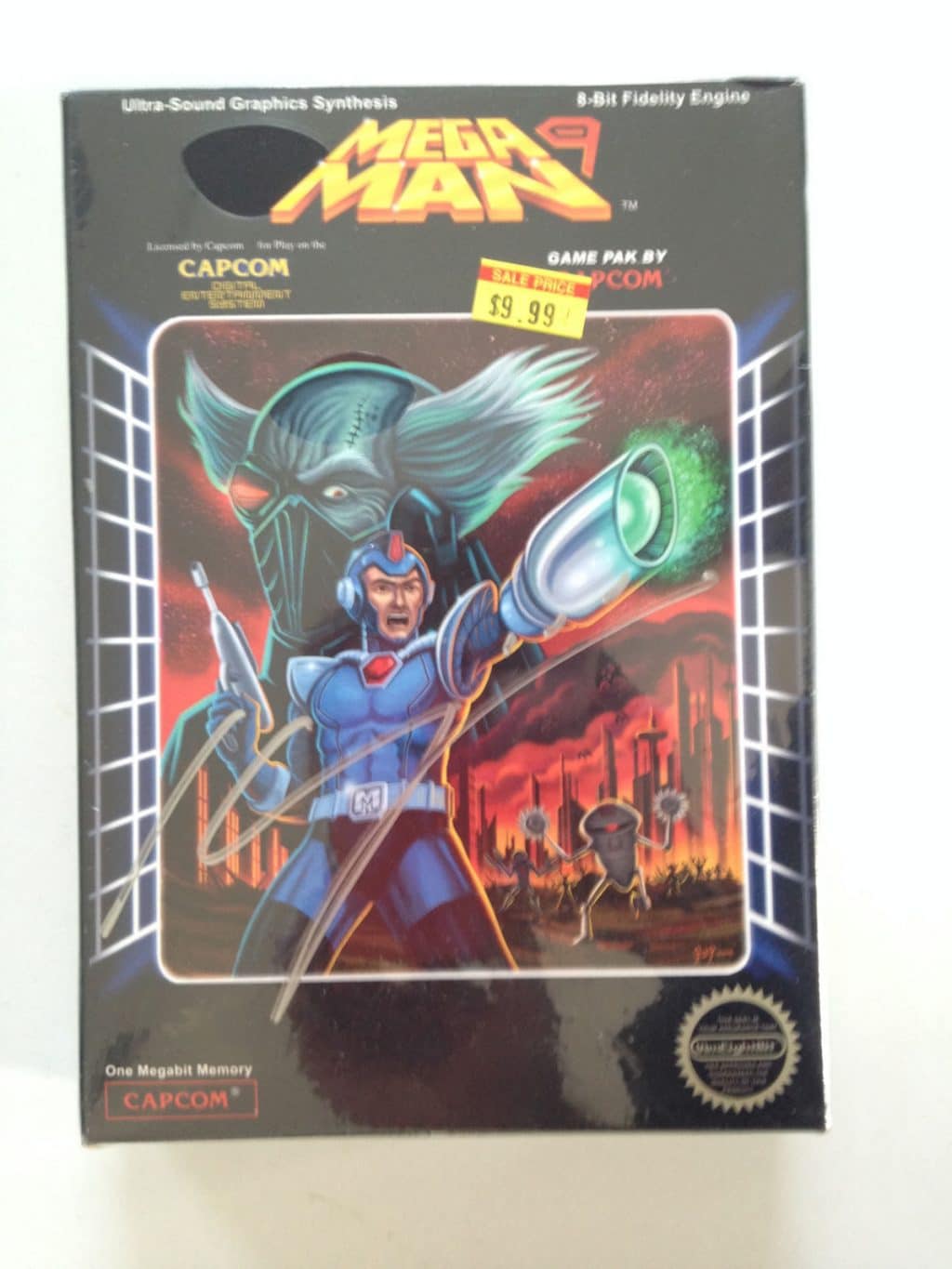 If $3000 and up is a bit too rich for your blood, you should be able to snag a press kit somewhere between $300 to $400 depending on the condition. Possibly less if the kit isn’t sealed/doesn’t contain all of the original merch. Keep in mind, these kits aren’t signed by series creator (which definitely accounts for the spike in value). Check out the other press kits here.

Additionally, we recently expanded our video game pricing guides with a NES pricing guide! Don’t forget to check it out and let us know what you think in the comment section!!

Update: I completely forgot to mention the shout out from this new business called Lightrix. They create pretty awesome looking retro inspired LED light art. My personal favorite is the Chrono Trigger. Check it out here, guys. Definitely worth a purchase in my opinion!