So Iâ€™ve been trying to do more extensive hunting and see what other interesting items I could find that might be of more interest. So lets see what weâ€™ve got for this posting shall we. 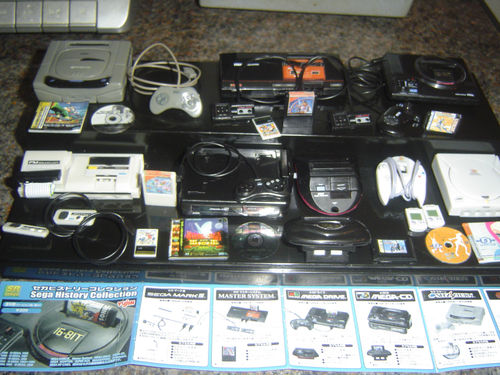 sega history collection with original factory display case.Â Â This is so cool, itâ€™s a model scale replica of all the home consoles that Sega produced during itâ€™s console lifetime. Itâ€™s not apparently worth much as it was somewhat massed produced in Japan by a company called Yujin. The sheer detail of the craftsmanship is astonishing, and not to mention chibi cute. Asking price is a little steep, but keep in mind that it includes the fact that itâ€™s coming from Europe. 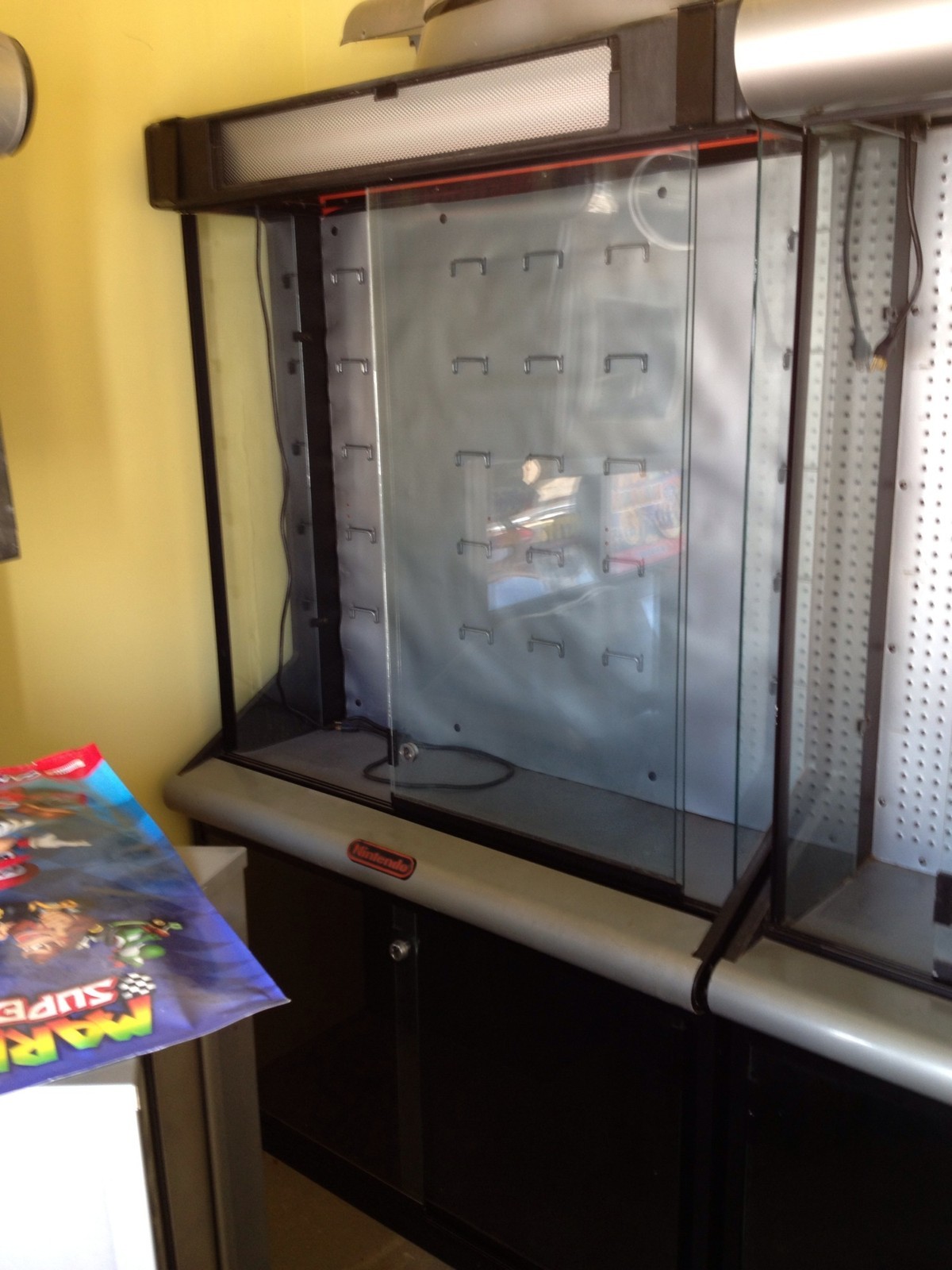 2 Nintendo / Playstation Retail Display CasesÂ Even more amazing are these Nintendo and Playstation retail display cabinets that most likely were used in Toys R Us or Kaybee Toys in the 90s. There are some minor blemishes on them according to the seller, but still, if ya got the cash and space. 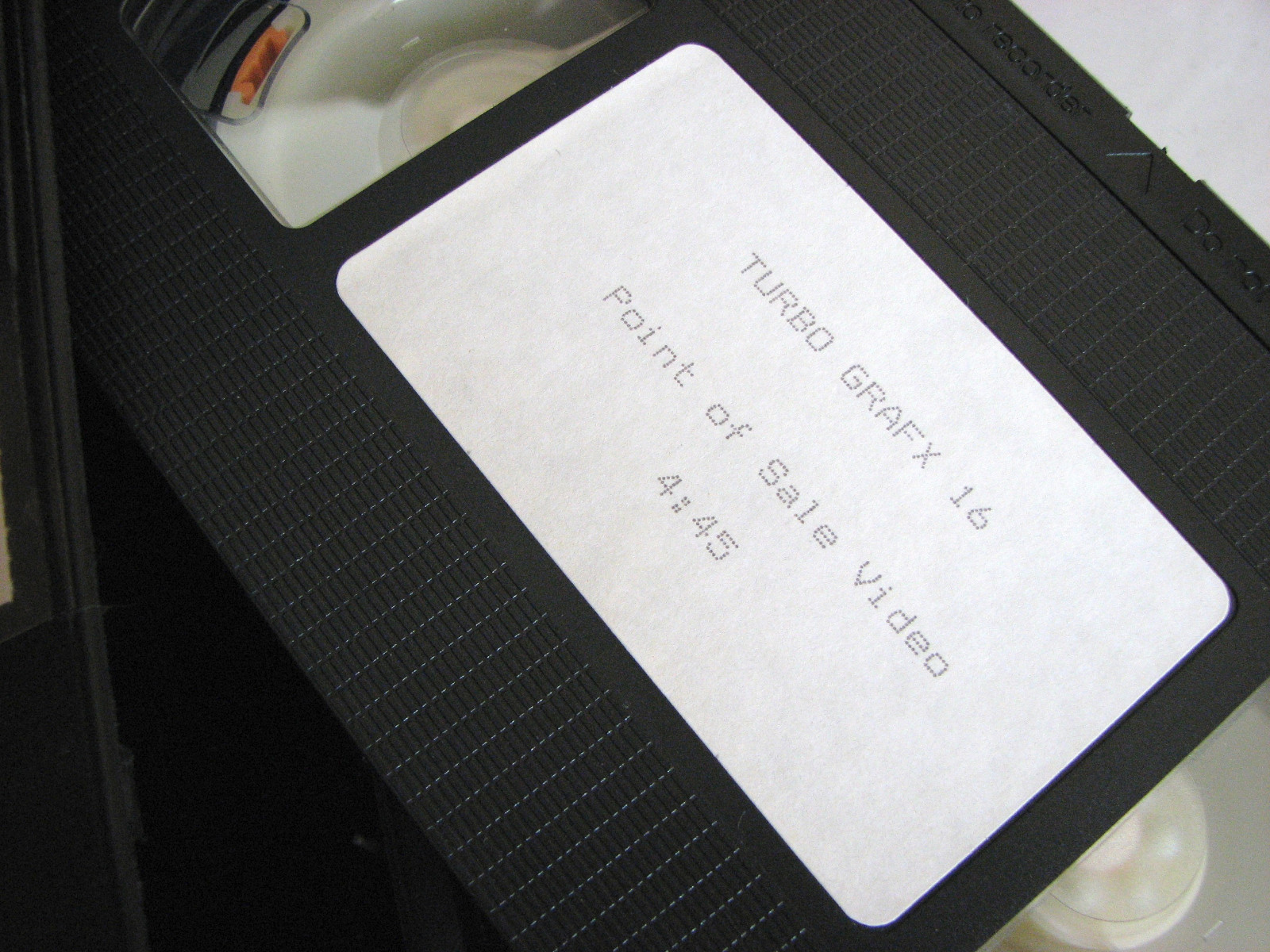 Â  Â  Â  TURBO GRAFX 16 RARE point of sale… Â Â Another point of sales demo vhs tape, my specialty of course. Was used in Toys R Us in the early 90s to advertise. 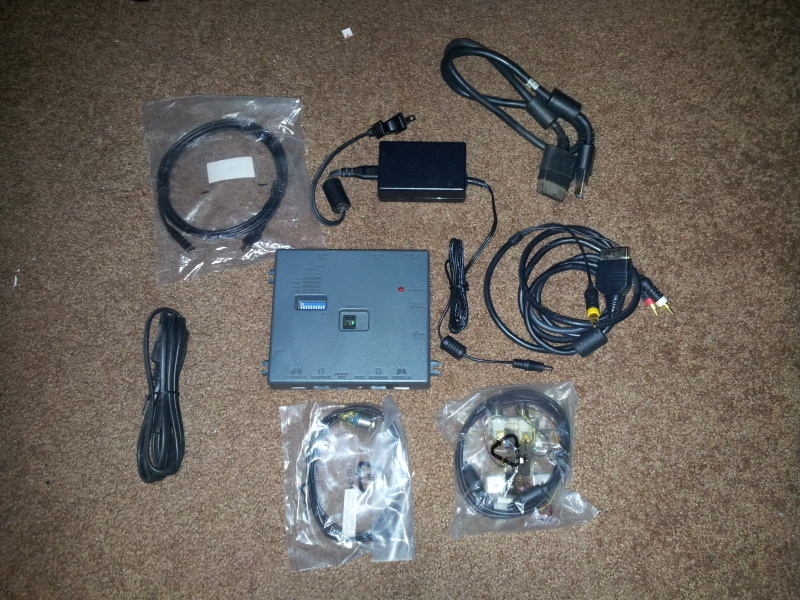 Microsoft XBOX 360 Demo Unit Demonstration Display KIOSK CONTROL PACK KIT RAREÂ These are popping up like crazy on Ebay, and the sad part is I have one with me at home, and they do NOTHING other than lock you out of the consoleâ€™s main dash board so you canâ€™t tamper with the system in the store. Thatâ€™s it, theyâ€™re really not worth much money, but hey they are interesting if there are other uses for them.

Hey there one and all! My name's Neo Star, no not quite a video game, more along the lines of the name of the former company that owned Gamestop back in the mid-90s when it was known as Babbage's. I am all about fun, and enjoy hunting for the rarest and sometimes the most common of games, trinkets, anything else video game related you can think of.

My knowledge of video games past is not something that can be written as being the most astonishing library the world has known, but it is that of someone who lived through the evolutions of game playing as a kid growing up in the 90s, and with that said, I am a Sega fanatic, argue it if you would like, but I LOVED me some Sega.

I spend a lot of my time hunting the jungles of Ebay, and sometimes Craigslist, so if I find something that seems interesting enough to share, keep your eyes pealed, and please be gentle but honest with any comments, if my posts and finds are good, I'm happy, if they're bad, tell me, but be kind.

I am happy to be here and excited to share, so hello fellow Gamesniped aficionados.