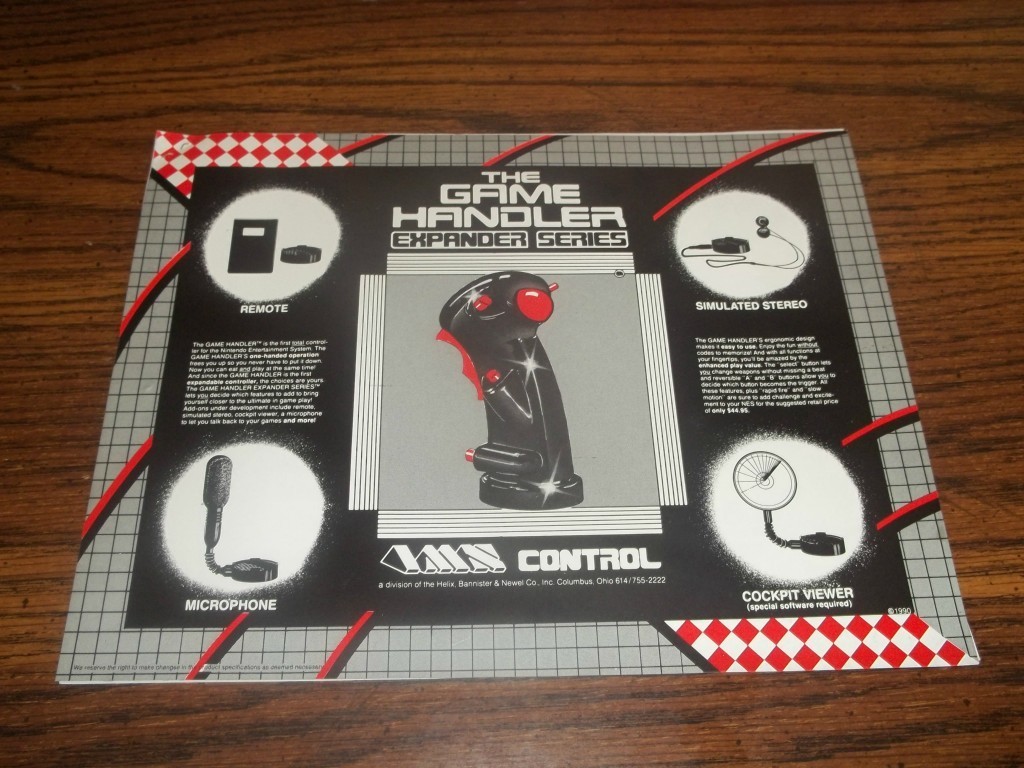 Â The Game Handler was a one-handed motion controller released in 1991. Â It was the brain child of Dane Galden, who started the idea back in 1988. Â The controller unfortunately never got enough market coverage to become a success. Nevertheless, Mr. GaldenÂ surely was ahead of his time, and his visions are now seen flourishing in the modern era. Â Includes both a prototype as well as released controller. Â The seller states the white shell in the pic is not for sale (another prototype likely). Â Interesting piece of gaming history right here! Game Handler CES Prototype w/Brochure

Atari 2600 HozerQuest: Thrifting Simulator homebrewÂ – Homebrew game developed in 2000 by Tim Snider. Â It’s a hack of Venture where you go around searching for elusive 2600 carts, all while avoiding eBay resellers and thrift shop mutants!