As many of you know, the new Nintendo 3DSXL released 2 years ago back in February 2015. In September of 2015, the Nintendo 3DS released. Both of these handheld Nintendo consoles were released over a year ago to critical acclaim.

So, imagine my chagrin when I discovered that these handhelds have become NEARLY impossible to find in stores. The NES Classic has proven to be a challenge to locate as well. The unfortunate result is that both consoles’ prices have skyrocketed (3DS to well over $200 and the Classic Edition to over $100!!) 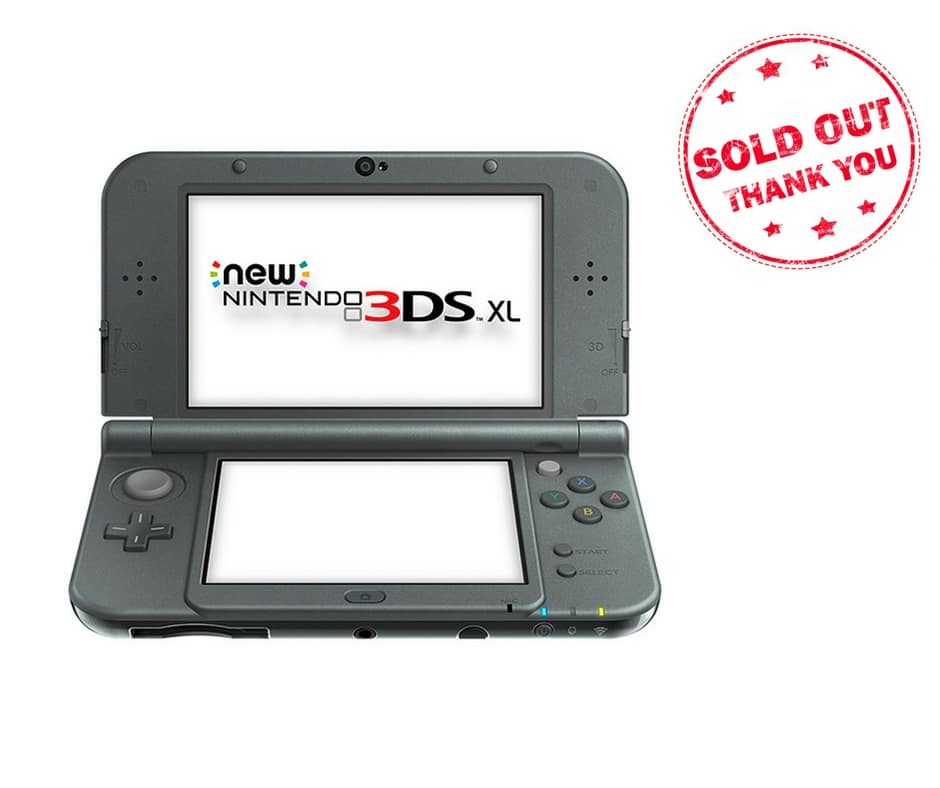 If you visit any retailer such as Target, Walmart, Toys R Us, or even GameStop, it is very likely that you will find the aforementioned consoles from Nintendo out of stock. You might be able to get a used Nintendo 3DS XL at GameStop, but you will probably not be able to get your hands on a brand new handheld console.

Sure, you should be able to find a used Nintendo 3DSXL (or older Nintendo 3Ds) or an NES Classic for sale on Ebay. However, you will most likely end up paying much higher ‘scalper’ prices well above the suggested retail prices in order to get yours.

If you are desperate to own one of these consoles brand new, this route may (unfortunately) be your best (and only!) option at the moment. Unless of course, you are willing to be placed on a lengthy wait list.

The situation around the seemingly elusive Nintendo 3DS XL and NES Classic begs the question: Why are these consoles so elusive at the moment?

From a logical standpoint, it doesn’t make any sense. A variety of theories exists to explain this scarcity at Nintendo retailers. Let’s explore some of those theories.

Some people think Nintendo is struggling financially, thus causing a decrease in their console production.

Without clear, transparent information about Nintendo’s finances, this theory might be plausible. However, Nintendo is reported to have over $10 billion in liquid assets from sales from the original Wii/DS/3DS (with even higher non-liquid assets ‘in the wings’).

Recent financial information about company indicates that big N is doing very well financially. So, we don’t buy into this theory. Onward.

Another theory exists stating that Nintendo decided they did not want to waste their resources and chose instead to be stodgy/conservative in production.

The result? A limited supply of Nintendo 3DSXL and mini classics. This could explain the shortage, as Nintendo has a reputation for being very conservative in their business models. However, considering the backlash from the shortage, we’re not 100% sold on this theory.

Nintendo has seemingly left way too much money ‘on the table’ to buy into this one.

We are all familiar with ticket scalping.

Some believe scalpers are affecting these new consoles. The thought is that a few people are buying as many consoles as possible, causing shortages, and reselling them at much higher prices. To a degree, we definitely buy this theory.

This wouldn’t be the first time small groups of gaming enthusiasts manipulated a market to make a quick buck. However, the underproduction simply can’t be explained by scalpers alone.

Some people cynically purported that Nintendo underproduced to ‘drum up’ attention for its new console, Nintendo Switch. That seems unlikely given the negative press surrounding the shortage.

Another popular theory states that Nintendo simply made an honest mistake and underproduced. Now, they are playing catch-up and struggling.

Perhaps they underestimated the success of the Nintendo 3DS XL. Or, perhaps they made a mistake in their choice for GPU. We are seeing the result of that error in judgment.

A recent report from GameSpot and the official apology from Nintendo President Tatsumi Kimishima backs up this theory. The console uses certain parts which “require time to procure.” Unfortunately, they never anticipated such a high demand.

So, what do you think?

Why are these handheld consoles so hard to find? Feel free to share your opinions and theories in the comments section below.

Here are links for the Nintendo 3DS XL and NES Classic: