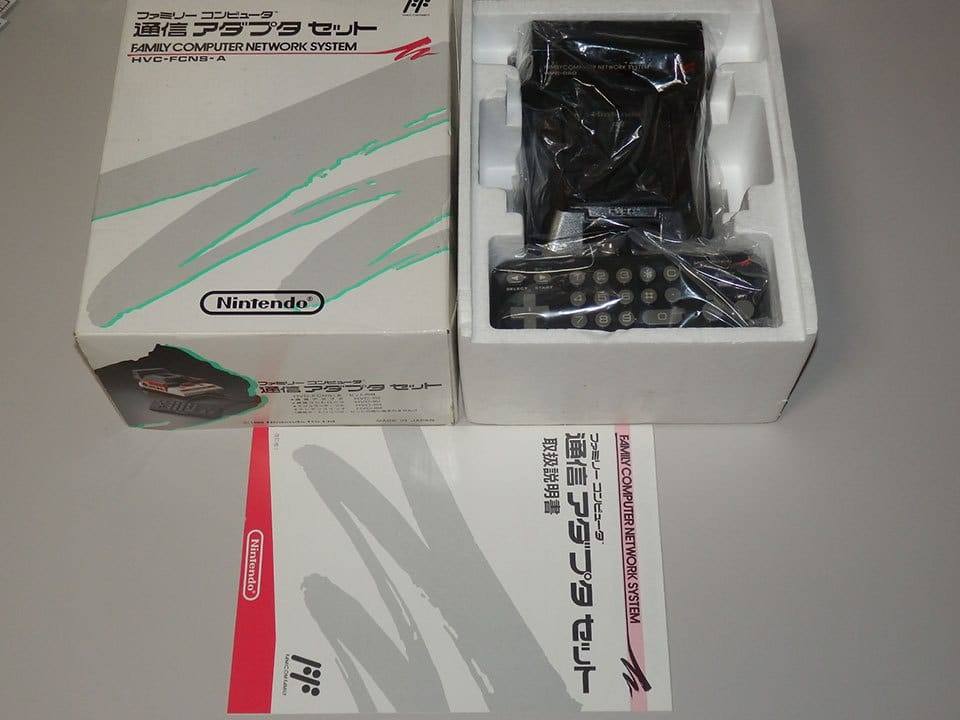 My sweet spot for obscure system peripherals continues. This time, we have the Famicom Network System Adapter, a modem for the Japanese Famicom that allowed the system to go online and download various news, jokes, and pre-internet miscellany. Interestingly enough, it also read a HuCard-like proprietary game format, allegedly to read cards containing online-enabled versions of popular Famicom games. I can’t imagine online play over a Famicom worked terribly well, but the games were small enough in size that it could have been entirely possible. Not much functional use for it, but a great history piece for any historical collection or museum.

Sonic the Hedgehog 10th Anniversary Crystal Cube – Now you hardcore Sonic fans can own what you’ve always wanted – Sonic forever trapped in a cold glass prison! One of those laser-cut glass pieces

Dead Space Replica Isaac Clarke’s Plasma Cutter Full Size and Case – I often see and pass up gaming weapon replicas, but this one was too impressive to ignore. Comes in a custom case, swivels, and actually emits three low-power green lasers

Metal Gear Solid VR Missions Promo Kit – Out of all of the MGS promo/special editions, this one has to be the wackiest. Comes with a squirt pistol, a glowstick, dogtag, compass, press release, and a demo disc of MGS: VR Missions

Nintendo Nes Roll N Rock – One of the stranger controller peripherals for the NES, as seen/reviewed by James Rolfe