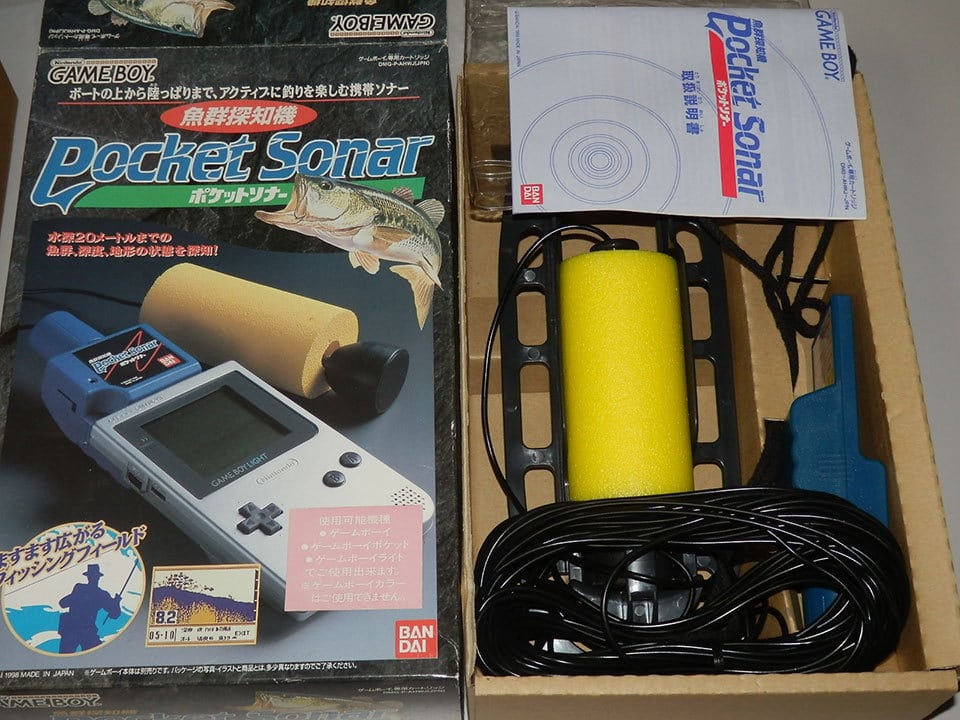 Even back in the era of the NES and the Game Boy, Nintendo and its partners occasionally tried to market their video game platforms as something other than a video game platform – something practical, something you can use in your daily life. One of the more misguided attempts at this was the Bandai Pocket Sonar. This device is literally a sonar buoy for locating fish beneath water – the data would transmit back to your Game Boy via the link cable jack and tell you the location of the fish. Apparently, the included game cartridge also has a minigame to play when you’re waiting for a nibble. I… don’t really have a witty comment for this one. It exists, and here we are.

Nintendo Wii U Pokemon Scramble/Rumble U NFC Figure x6 Set (Series 3) + Case – NFC-enabled figures for the Wii U game Pokemon Scramble (Pokemon Rumble in the US). This set of six figures can apparently only be obtained at Pokemon Center stores in Japan. Like all other obscure Pokemon game peripherals, these will likely appreciate well

Capcom Power Stick Fighter(SFC/FC) – Another cool fight/arcade stick for a retro console, this time Capcom’s official entry for the SNES. I really dig the design and colors – quite a period piece