If you counting down until the start of Memorial Day weekend, you are not alone.

This weekend presents a great opportunity to relax, enjoy spending time/appreciating friends and family, and gaming.

Most importantly, it is a time to remember the sacrifices made by members of the military. In keeping with the patriotic theme of the weekend, we are featuring a game with a rare, patriotic cover. This particular copy of Syphon Filter 3 is rare (and valuable) partly because of that patriotic aspect!

Read on to learn more. 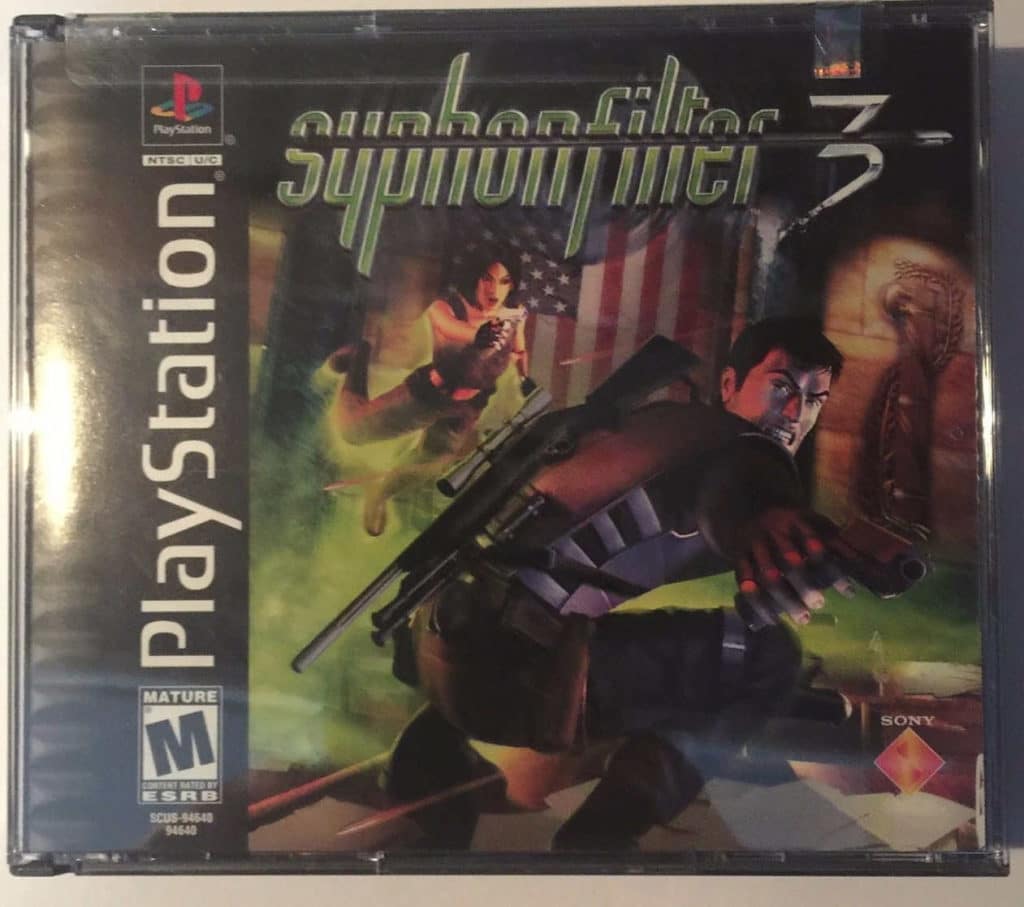 We actually covered this alternative cover last year. If you missed my original post on the Syphon Filter 3 alt-cover, Syphon Filter is a third person stealth shooter game that originally released back in February 1999 for the Playstation.

This game was developed by SCE Bend Studio and published by Sony Computer Entertainment.

One particular iteration of the game, Syphon Filter 3, had the potential to raise some controversy.

The game’s cover featured the two main characters in front of an American flag with a cloud of green gas behind them. In light of the tragic terrorist attacks that occurred on September 11, 2001, Sony felt it would be inappropriate to release the game with the merchandising as it was.

The concern was that the gas depicted on the cover would upset Americans who were still reeling and on edge following the 911 tragedy/Anthrax scares. Sony created new cover art for Syphon Filter 3 and altered their marketing plan for the game. Syphon Filter 3 released in November 2001 with a simple cover that depicted the faces of the main characters.

One Ebayer acquired what is likely one of the only versions of Syphon Filter 3 with the original American flag cover and recently listed it for sale on Ebay.

All searches on the internet indicate that this is an incredibly rare find! Some speculate that the few versions of Syphon Filter 3 with the original flag cover were sold by Sony warehouse employees who snagged a copy of the original game right before it was pulled.

Check out these other rare patriotic video game merch listings: