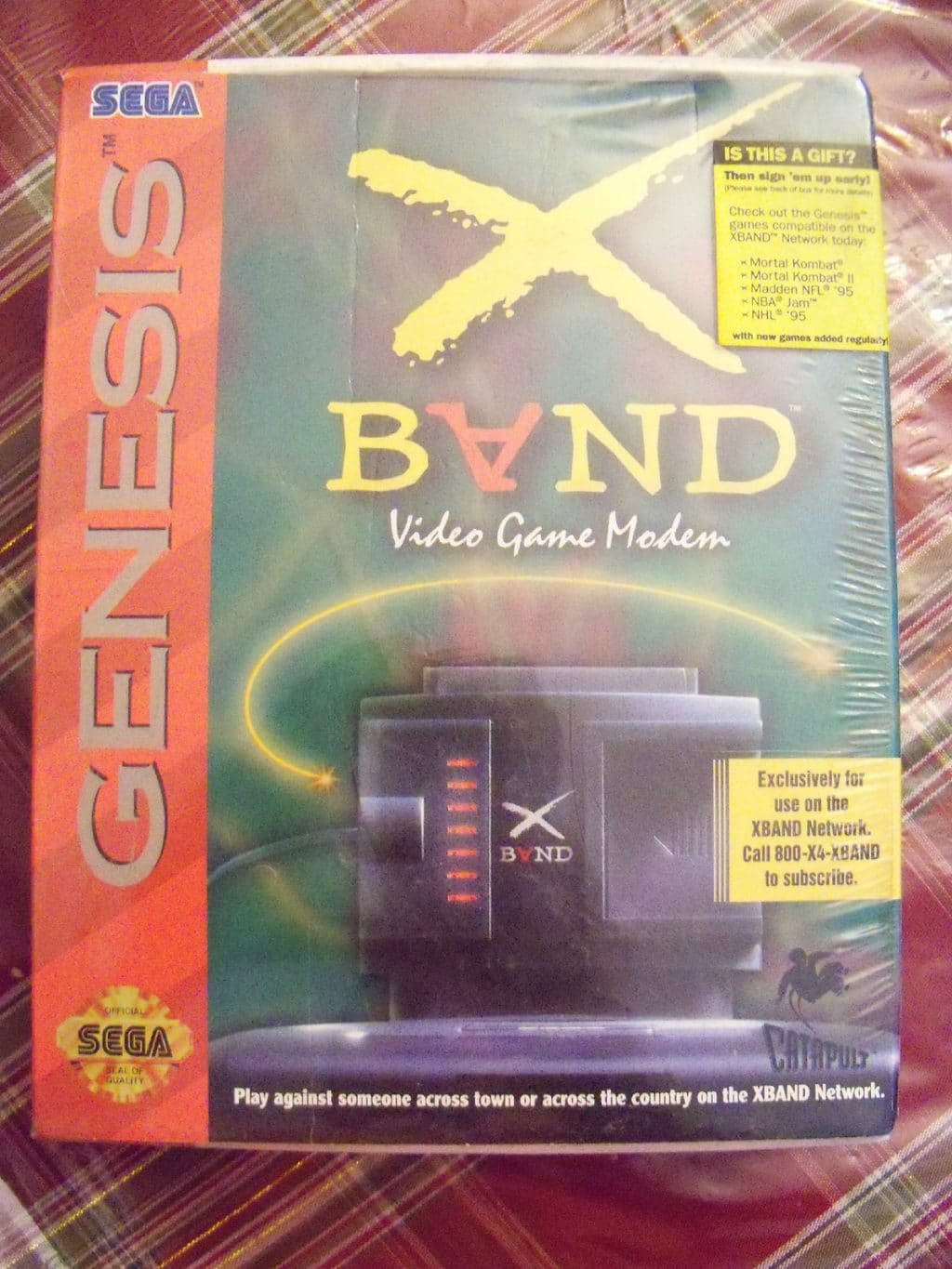 It’s a slow night on eBay, so to make up for the lack of items in today’s posting, here’s a little bit about this very unique item – the XBAND modem, released for both the Genesis and the SNES by the startup Catapault Interactive in late 1994.

XBAND was the first true networked multiplayer infrastructure for video game consoles – using a service that sent and recieved data across individual long-distance phone calls, players were able to either challenge opponents directly or be “matchmade” to an opponent of similar skill (all for a monthly fee). Around a dozen games were supported by the service, both on SNES and on Genesis. In addition, users could check “XMail”, read digital newsletters, and view nationwide scores and rankings. XBAND was not without its quirks, however – a phone call to either user would interrupt the game, and an exploit was found late in the XBAND’s lifespan that allowed users to make free long-distance phone calls on Catapault’s dime. This exploit and a limited market quickly ended the service in 1997. Despite this, the technology behind XBAND was indeed revolutionary – so much so, that Sega implemented Catapault’s technology in its Saturn NetPlay modem.

The modem is useless today, but is a great historical artifact. Auction Here.

(A Few) Other Auctions: