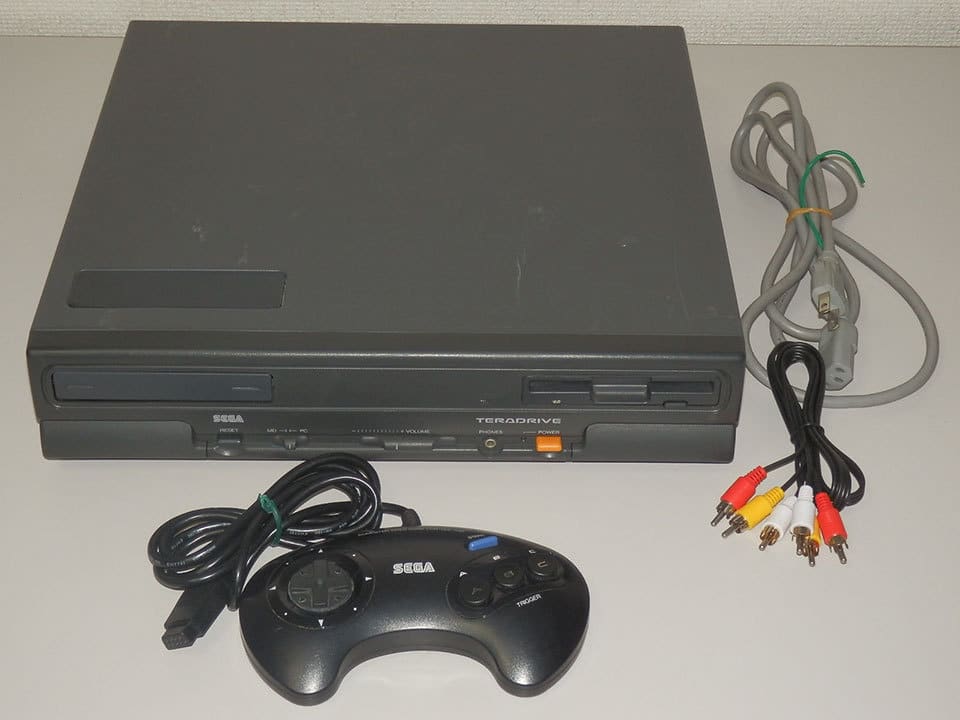 Three models of the TeraDrive were made available, the most expensive of which featured a 30MB hard drive in addition to the 3 1/2″ floppy drive. This model up for auction appears to be said HDD model, and the seller claims the HDD (replacement or not is not specified) is in working order along with the rest of the unit. All homebrew enthusiasts should keep their eye on this auction!

Pioneer LaserActive Mega LD Game Lot of 5 Triad Ghost Hyperion Rocket Sega Taito – Another shameless plug for the LaserActive, the great underdog console of the FMV era. Five games up for auction in this lot – Triad Stone, Ghost Rush, Pyramid Patrol, Rocket Coaster, and Hyperion. All of the games are some of the best on the system!

Bulletstorm Promotional Nutcracker – Bulletstorm, a first-person shooter by People Can Fly famous for its crude humor and gratuitous violence, featured this nutcracker as a promotional item. I’ll let you put two and two together

DreamCast Regulation 7 Console – This particular model of Dreamcast was created exclusively for gambling use in Sega Club locations in Japan, as well as Sega World. The units were shipped with a broadband adapter, so that updated betting information could be sent to each Dreamcast in real time. The term “Regulation 7” itself refers to a section of Japanese law regarding “video-gambling”

1.5m (5Ft) inflatable crash bandicoot promotional display – It’s a blow-up Crash Bandicoot! Not much to it, probably was used in retail stores