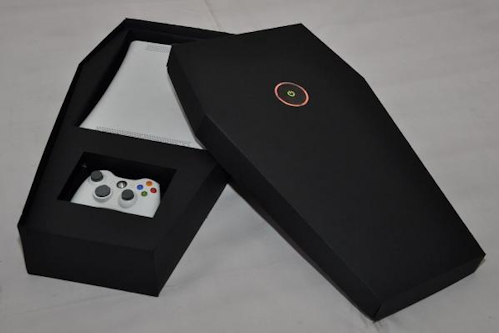 Something tells me that my Xbox 360 is about to RR soon. I’m one of the lucky few who’s 360 is still alive. But then again I rarely ever touch the thing other than watch Netflix everynight. Though it’s failure rate is more than 50%, your 360 really deserves to have its own funeral. But once mine does RR, I would love to send it in this Xbox 360 RRoD custom made coffin. Millions of people have already sent theirs off to Xbox 360 heaven without a proper funeral. May they rest in piece(s) and find their way in white cardboard boxes in refurbish-heaven.