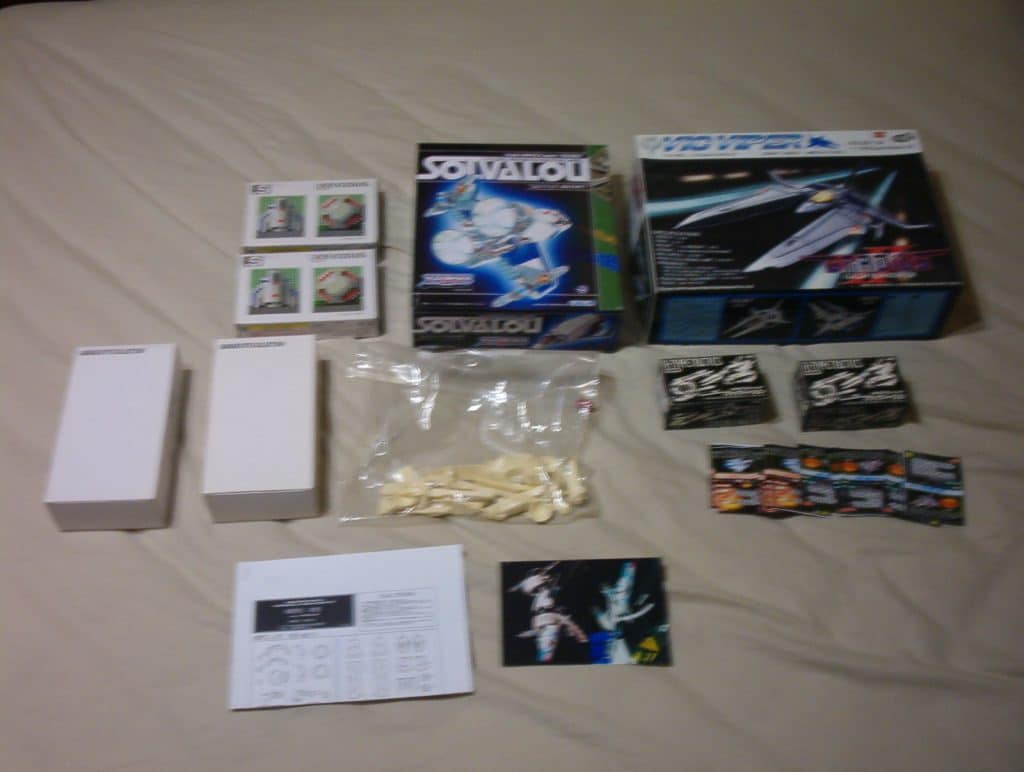 Model enthusiasts like myself rarely get thrown a bone when it comes to video games – so many beautiful mechanical designs to be found in gaming, and so few kits. If you’ve got an itch like mine, then this listing’s got you covered. Eight different nonassembled model kits are to be found here in total – featuring the Vic Viper, the Ikaruga, and several variants of both the Souvalou (Xevious) and the R9 Arrowhead (R-Type) – most of them appear vintage. You’ll likely never see these models all together again for such a price.

NINTENDO FAMICOM & DISK SYSTEM TISSUE CASE COVER – Never seen a gag quite like this one. What appears to be a Famicom with a Disc System attached is really just a cover for a tissue box. Amuse your friends and family, assuming they know what a Famicom Disc System is

Uncharted 3: Drake’s Fortune (PS3) RARE Promo Cube – This is a weird one… not quite sure what a jelly cube has to do with Uncharted, but it apparently contains Nathan Drake’s ring, so close enough?

Christmas Seaman (SEGA Dreamcast) Japan – Continuing their tradition of releasing Christmas edition games, Sega released this festive version of Seaman in 1999. Seaman dons a Santa hat, and the package itself comes with all sorts of wonderful little oddities