Every console, whether it was around for 10 years or two, has hidden games that developed some sort of cult following or were missed by the masses.

If you’re a gamer, you know what we’re talking about. It’s the unfortunate truth, and today it’s an even bigger problem than back in the day. However, back when video games were finding their footing, games would come out that never had marketing. That meant no one knew about games that had potential to become the new Mario or Zelda. 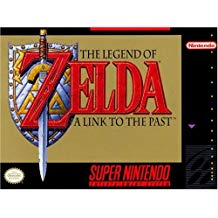 We use those names because we’re going back to the time of the SNES. The titles on our list are surely mixed deep into fan culture, but not so much anywhere else. What does that mean for you? Simple: dust off your SNES, or borrow a buddie’s, and catch up with some secret games that will improve your gaming credentials exponentially.

Everyone Has a Different Meaning of Secret Games

Before we begin, we thought it would be nice to go over some of our ground rules for this highly subjective list. Everyone has a different take on what a hidden gem might be, or what could even be considered for this list. So, we came up with some guidelines.

First, these are our hidden titles. Some you might have heard of, and others probably not. What that means, though, is nothing more than our opinion. If you have a 200-game collection of SNES games, chances are you’ll have heard of most of them. If you’ve never owned a SNES and have only played a handful, this list will surprise. Just keep that in mind when reading them.

Other than that, anything is free game. Let’s dive in.

This one isn’t a super-sleeper, as most enthusiasts will know of the Capcom franchise. That doesn’t mean it is popular, however.

If you fancy yourself for a challenge, look no further than the old-school version of Dark Souls. It’s punishingly hard. So much so that, like many challenging games before it, the developers didn’t even change the gameplay for it. Based on the NES title Ghost ‘n Goblins, Super Ghouls ‘n Ghosts is an insane moniker to the SNES system. 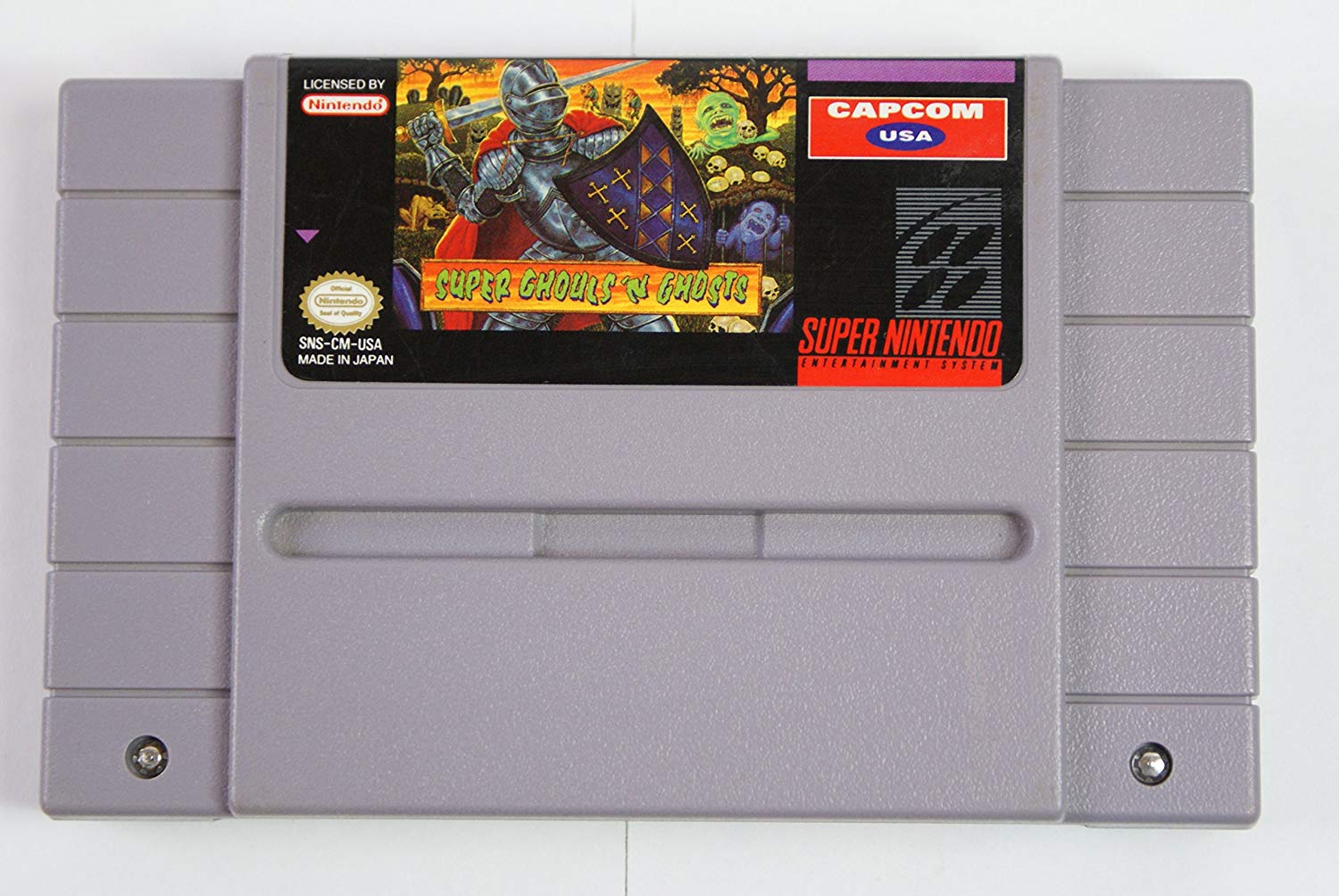 If you have heard of it, it’s simply due to its rebellious nature. The game sees you playing as the knight Arthur, who is sent to rescue a princess from demons. Seems easy right? Wrong.

Philosophy of the Game

The whole game is backed by the philosophy of death. Two hits, at any time and from anything, and your character dies. It doesn’t matter that there are power ups included in the game, because while they will help you, they won’t make you stronger. But, to find the power ups, you must uncover the hidden chests throughout the game. Oh, and say you make it to Emperor Sardius’s castle, the end boss, guess what? You must play the game a second time with a specific weapon that is needed to defeat him.

Developer Capcom didn’t change much for its SNES version, but that’s fine. It’s still one awesome addition to the console, and should be played by everyone, if simply to remember a time where video games were difficult.

A game where play as creatures simply trying to survive? No wonder you haven’t heard of it.

A side-scroller with RPG elements, E.V.O.: Search for Eden is based upon evolution and solving a mystery. The player takes control of different animals, which are created by Gaia, daughter of the Sun, and must compete with an unknown entity. This force is toying with planet and player, forcing them to evolve or die. The title spans the course of time, literally a billion years, and is all about choices. 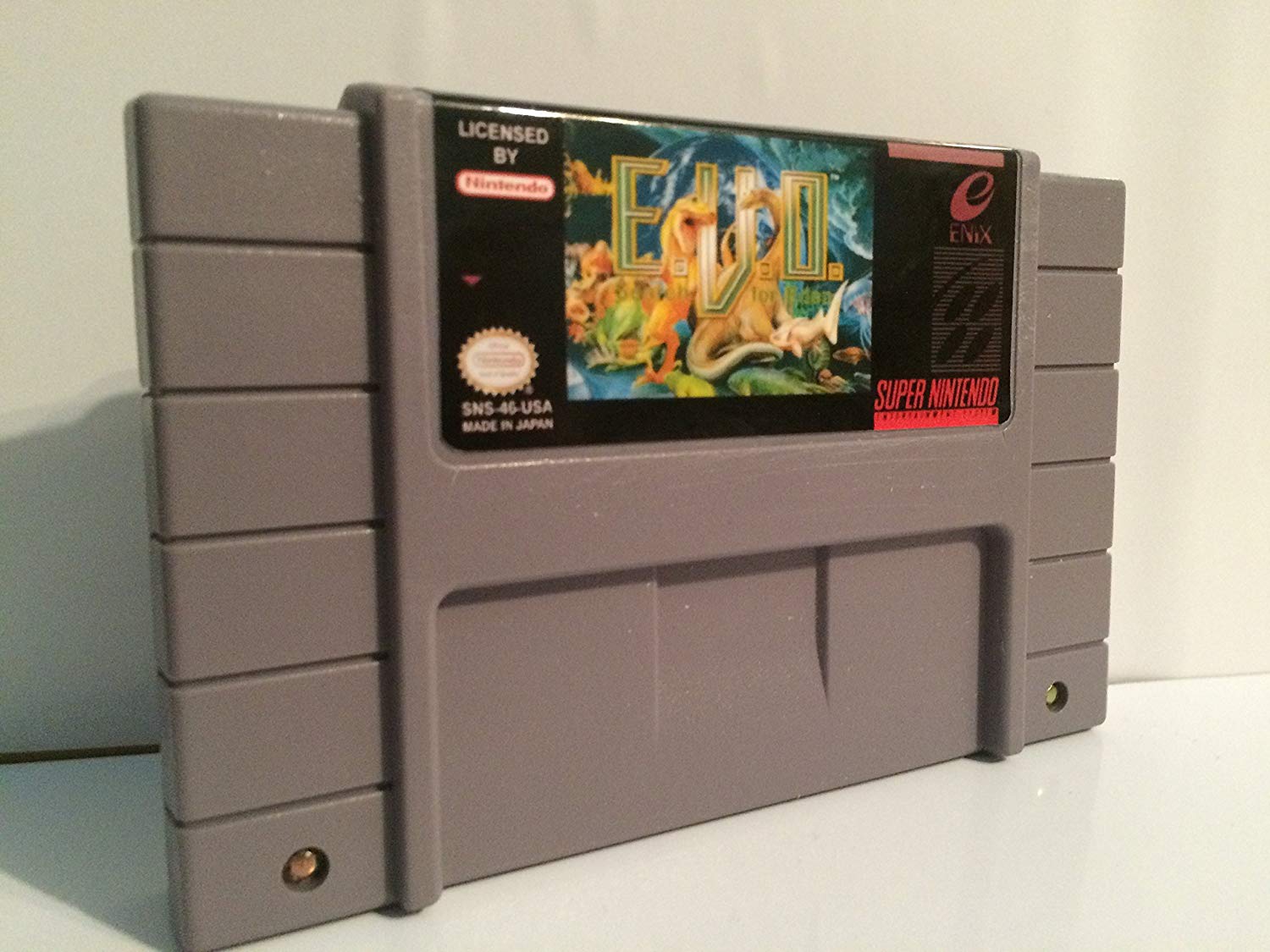 That all sounds sort of interesting, but it’s really the way E.V.O. works that makes it so cool. The game is based on five chapters. Each chapter starts with an evolution to the current player body, starting them out weak. It’s then up to you to fight your way and collect points to grow your character. These upgrades include body parts that alter what creatures you can evolve into, and what abilities are gained from the evolution.

Evolution Mechanism of the Game

Using evolution as a gameplay mechanism was a huge step at the time, and the game gathered a solid following. Starting out as a fish and ending up a full-fledged human is indeed interesting, and especially so with the mystery thrown in. The game has been known to be a grind, but how many games do we know of today that are grinders?

Not much marketing was given to it, but that doesn’t mean you should let it slide now. Go ahead and see if you can change the world and bring peace to your planet.

Ogre Battle: The March of the Black Queen

Ogre Battle is a franchise that has been continuously beloved and praised by critics, yet still the gaming community may not know any of the games.

A real-time strategy game combined with RPG elements, the story, gameplay, and graphics are where it shines. The game’s writers delivered a story about the harsh reality of war and was even named after Queen songs of the titles “Ogre Battle” and “The March of the Black Queen.” 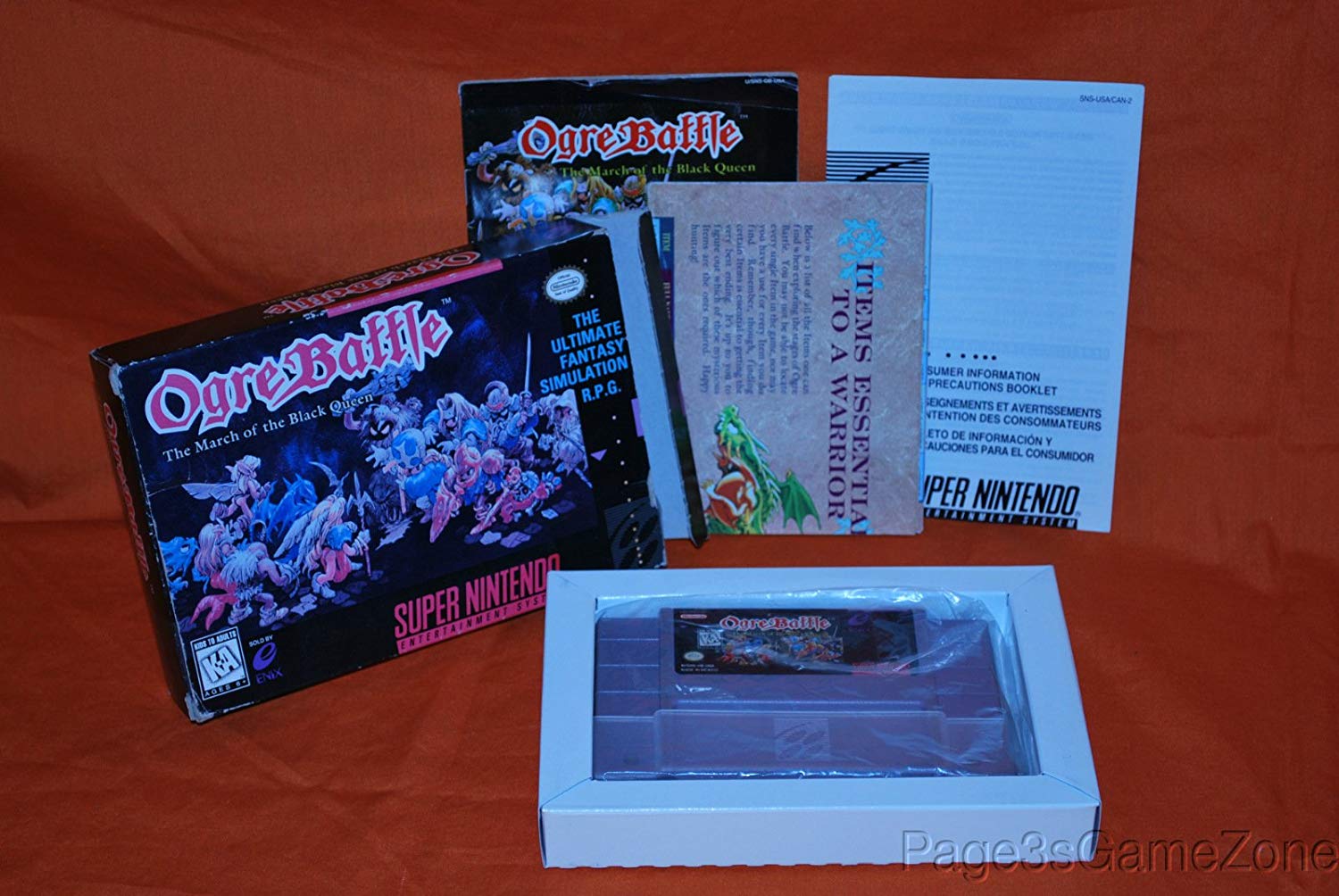 The short version of the story is you control a band of rebels tasked with leading a revolution against the corrupt empire. The game starts with a tarot card reading, which will determine your abilities out of the gate. To help the rebels as their leader, you travel around the world, recruiting allies and battling your way to evolving your troops.

There is also an alignment system, which is your moral standing as a leader. The scale is set from 0 to 100, with higher numbers representing a purer figure. How good or evil you are will determine the reputation you set forth and how you conquer the towns within battles is a huge part. If you fight dirty by attacking religious figures, your moral can slide down quickly.

A great feature of any game is multiple endings, and due to the various stages that the player can complete, Ogre Battle has 13 possible scenarios. It’s always nice to see different endings that are based on your actions throughout the game.

By today’s standards, the game sounds like it has a ton to offer, so we can imagine what it was like during the 90’s. So much on a little SNES cartridge is amazing.

Yet still today, the game is a hidden gem due to demand. There weren’t many cartridges made, meaning it’s literally been immobile for people to find and play the title. It’s a solid USD100 game across the internet, but if you can find it Ogre Battle: The March of the Black Queen won’t leave you disappointed.

Let’s see, a 2D side-scrolling racer where you control a unicycle and race other unicycles? Yeah, makes sense why you don’t know this title.

Uniracers was conceived to show that the SNES could compete with fast moving games like the SEGA Genesis could. Even though it’s a racer, the game’s focus is on stunts. The stunt system is where players must focus their attention if they wish to win 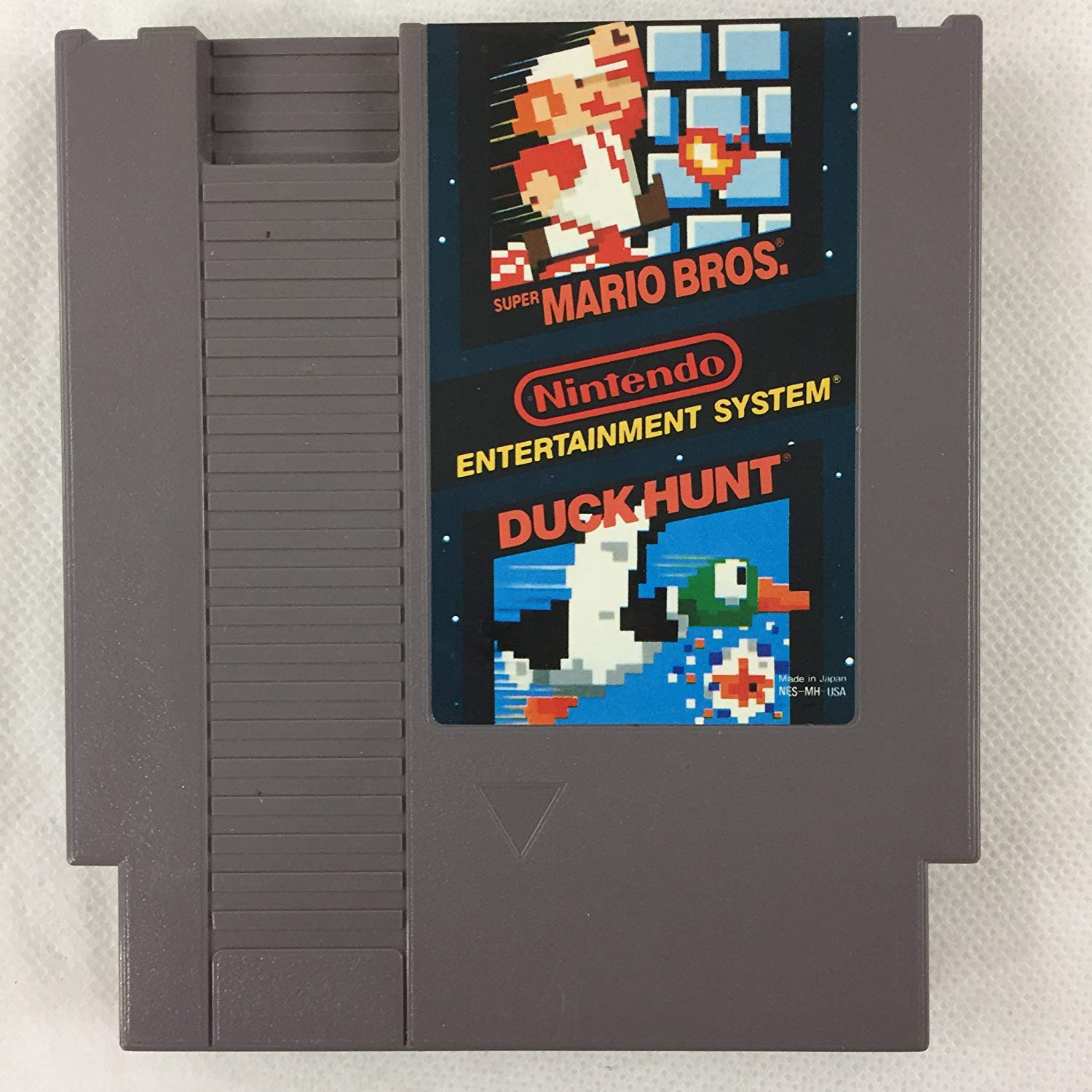 If you were successful in performing a stunt, your cycle would move faster down the track. If you could string together a few stunts, the unicycle could really catch speed. However, if you miss the landing and rotate your axis to far, you’ll crash. Wiping out meant losing all your previously gained speed, costing valuable seconds in the race.

It was tricky to master, and harder to play after a legal battle finished up. Pixar, a rising animation studio at the time, sued DMA Design for stealing the unicycle design from their short film. Once lawyers become involved, it’s only a matter of time before a game becomes cult-like. The developer lost the lawsuit, forcing Nintendo to seize production of Uniracers cartridges.

But, it can easily be found for about USD10 online, meaning if you haven’t played it for a few hours with some friends, the jokes on you. Any racing fan should check it out, and if nothing else Uniracers proves to be a unique game in the history of Nintendo.

This title was, quite literally, begged for an NA release by critics and consumers, as the original game was only released in Japan. They got their wish though, and soon the SNES found another hidden gem to call home. 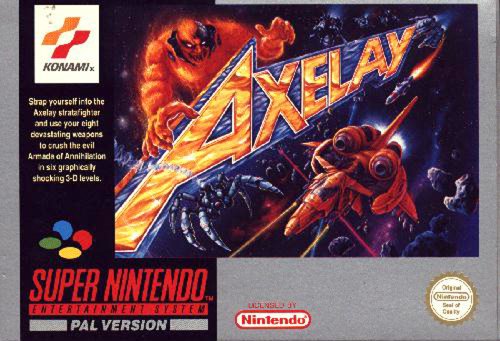 The game is a scrolling shooter, featuring horizontal and vertical levels. This is noteworthy because the gameplay shifts force the player to equip the right weapon styles to suit the level’s style. Yes, you read that right. Instead of the traditional scrolling shooter where powerups drop from fallen enemies, the player acquired new abilities at the end of a level.

This meant that there were no in-game powerups to utilize. You simply had to equip the new weapons before the level would start and hope you could make it through.

Axelay was also challenging. Instead of the standard, at the time, one-hit-kill model of most sci-fi shooters, the game improved that mechanic. When hit, the player’s ship would be weakened, along with the weapons, making it difficult to stay alive and shoot enemies if struck. A second hit would destroy your ship.

The game also featured impressive graphics and sound design for the time, making it easy for people to enter its world. The Mode 7 effect was used to create a fake 3D perspective and forward rolling of the levels. This was done to simulate a wider playing field.

The name comes from the titular spaceship, the Axelay, which has made appearances in Konami’s other games.

Yes, while it may seem like a fool’s errand to try and play all games for a system, that shouldn’t stop you from searching to find new titles.

It’s so enthralling when you can be one of the first to play an amazing game, especially one that no one may know about. Video games are experiences that can’t be had in any other medium. As such, finding the best can be a tall task. Luckily,

The SNES Has Many Hidden Gems

There are plenty of other video games out there that have a legacy, yet still go unnoticed. If you consider yourself a gamer or purist, playing any of the snes hidden gems on any console should come as a challenge. Plus, there are plenty of pride points that come with playing those secretive titles.

The ultimate pride, though, is discovery a new-found respect for a developer and publisher who worked tirelessly on a game, only for it to bomb. For every big, AAA title released, there’s a small studio made up of 6 people who may have to remortgage their homes to complete their game.

It’s fair to give all games a chance, especially the ones you haven’t heard of.