With Halloween only days away it’s time to pay homage to a forerunner for all the horror games that has followed it. In 1989 Capcom released the psychological horror RPG Sweet Home for the NES Famicom based on a Japanese horror game of the same title.

What was accomplished by the Sweet Home NES Famicom video game was setting a template for Capcom’s 1996 Resident Evil game and introducing gamers to the survival horror genre. Read my Sweet Home review and discover one of the great scary retro video games that you may have missed.

Sweet Home Review – The Birth of a Genre 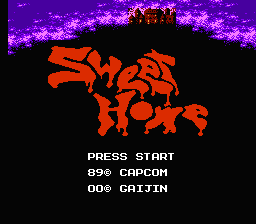 Sweet Home features five playable characters, each with his or her own skill set. Each character’s skill is crucial and necessary in completing the game. Once a character dies in battle, that’s it. 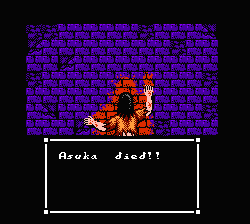 They cannot be revived for the rest of the game, adding tension to each battle. However, items can be retrieved during the game that can be used as a substitute for your fallen comrades lost skill. After the final battle the player can receive one of five different endings depending on which (if any) of the other characters survived until the end.

The game follows a television documentary crew that is hoping to find artwork in the mansion of a famous Japanese artist who has mysteriously disappeared. The crew has no weapons at first and become trapped inside the mansion by the ghost of Lady Mamiya.

Yes, the game is old, it’s dated, and it’s difficult like most retro video games. And, I really don’t care. This game was ahead of its time and deserves any/all reverence that has been bestowed upon it over the years. I felt a nostalgic connection with Sweet Home that took me back to my first playthrough of Resident Evil nearly 20 years ago. Just listen to this list of direct inspirations that led to RE’s creation: The mansion, puzzles, the “door” loading screen between rooms, in-game notes that serve as a narrative device, save rooms to store items, items unique to different characters (think Claire’s lockpick), and a limited inventory in which to fight enemies with. The game even had dogs that looked like they may have birthed the cerberus hounds that burst through the window in the Resident Evil mansion.

One difference is that Resident Evil had members of the elite S.T.A.R.S Bravo team that had a strong military training background and Sweet Home thrust 5 regular citizens (a television crew consisting of 2 men and 3 women) into the throes of horror. It helps to build more of a bleak atmosphere. The S.T.A.R.S members are meant to survive an ordeal like this, but an ordinary group of people?

Like the S.T.A.R.S team each character in Sweet Home has a 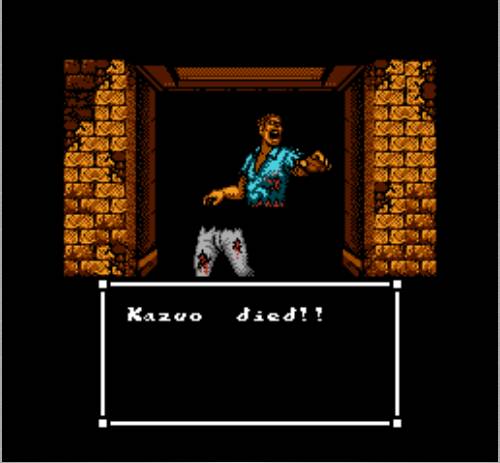 limited inventory which puts an amazing amount of stress on you as a player. You never know what item you’re going to need, and backtracking to retrieve something means that you must face numerous encounters with evil beings that wish you ill will. At one point I needed gloves to pass safely through a thorny path but I had just left them behind thinking that I wouldn’t need it! It was frustrating but it added to the suspense; I didn’t know if going back for the gloves would cost me a party member. Like I said, once a character dies there’s no bringing them back.

Resident Evil‘s zombies meandering around and their journal entries helped you piece together what went horribly wrong in the mansion, but Sweet Home has creepy dolls lying around, talking corpses, and messages on walls written in blood that help the player progress through the story. And what you ultimately find out is what puts this game at the head of the list of all-time horror games. 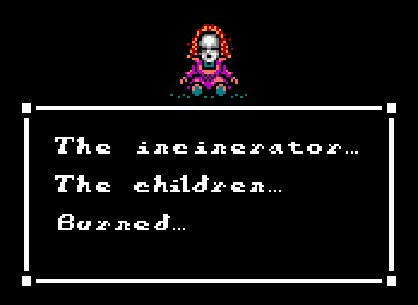 Eventually the horrible truth is revealed. The grizzly murders that took place in the mansion involved children. It’s an incredibly gut-wrenching twist that disturbed me in a visceral way despite the games rudimentary presentation. No matter the technical limitations, the game delivers a compelling and poignant story that stuck with me even after the end credits roll by.

Where can I buy it?

Sweet Home NES isn’t just a great entry for retro horror games; it’s a fantastic game no matter what label it’s designated. Be sure to try this classic horror video game gem for yourself this Halloween!