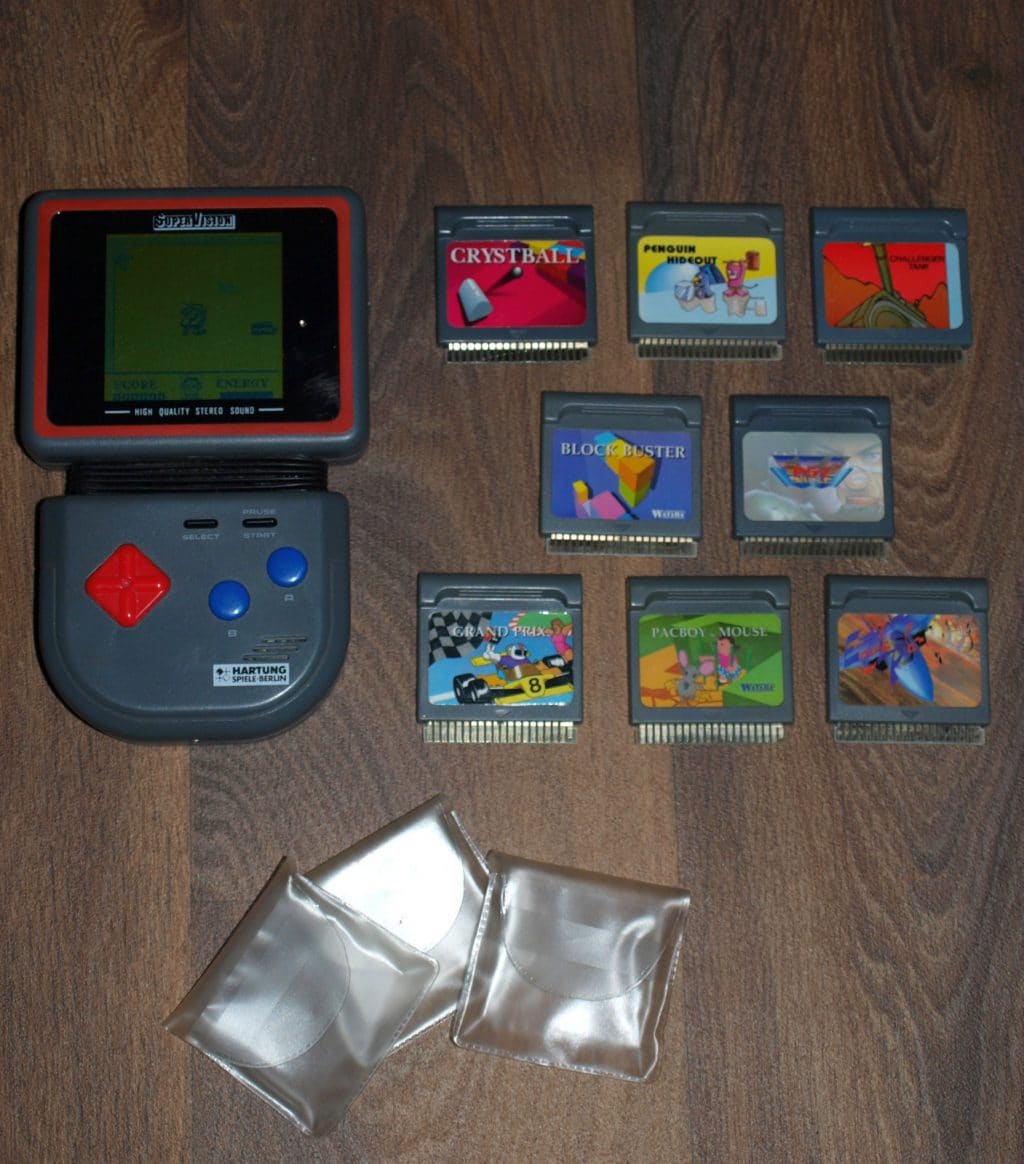 The Watara Supervision was an ill-fated handheld created to compete with Nintendo’s Game Boy. Due to its low refresh rate, poor viewing angle, and poorer software quality, it was a commercial failure. However, there’s a certain novelty that comes with owning a failed platform, and the bundle above is a great place to start for Supervision vollectors at a reasonable price.

A great pair of Resident Evil collectible auctions (but be ready to pay!):

Another pair of items (with another music box), this time Final Fantasy:

Nintendo License Plate Antique Signboard Sign – This Famicom-era sign was to signify that the store hanging it was an authorized Nintendo retailer and (likely) repair center.

Time Gal (Pioneer LaserActive) – Visiting Yahoo Auctions Japan for this one. Time Gal, an arcade-perfect port of a Taito Laserdisc arcade game animated by Toei, is considered the LaserActive’s holy grail. Remember – this is in yen!

Action 52 (Nintendo, 1993) – No explanation should be needed for this legendary turd.