I still want one of these. Even more so that I’m playing through the game right now. Anyone else surprised at the amount of glitches that managed to make it into this game though? Even simple stuff like being called male when your character is female.

Anyhow, I’m still not willing to pay $50.00 for this Tee despite its awesomeness. 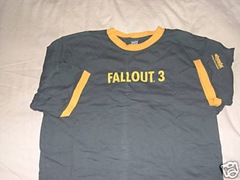