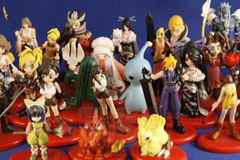 In April of 2000 Square and Coca-Cola teamed up to bring figurines of Final Fantasy characters from FF VII through IX to market bundled with Coke Products. When they were originally sold, they were blind bagged and attached to a 500ml bottle of Coke. There were also two types available, the basic red plastic one, and the color ones. Not surprisingly, these were only available in Japan! No idea if this is a full set.

Seller also has some more very nice items, like a Verne World Super Famicom Proto that comes with circuit board schematics. I’m not the expect on protos that Nicola is, but I don’t think you often see schematics with them. 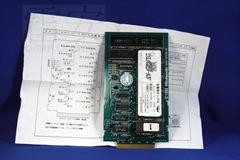 They also have a blast from our gameSniped past, a brand new copy of Final Fantasy V for the Super Famicom. It looks like this came from the sealed and slightly moldy case the seller originally tried to sell several times – all of which I believe we featured.