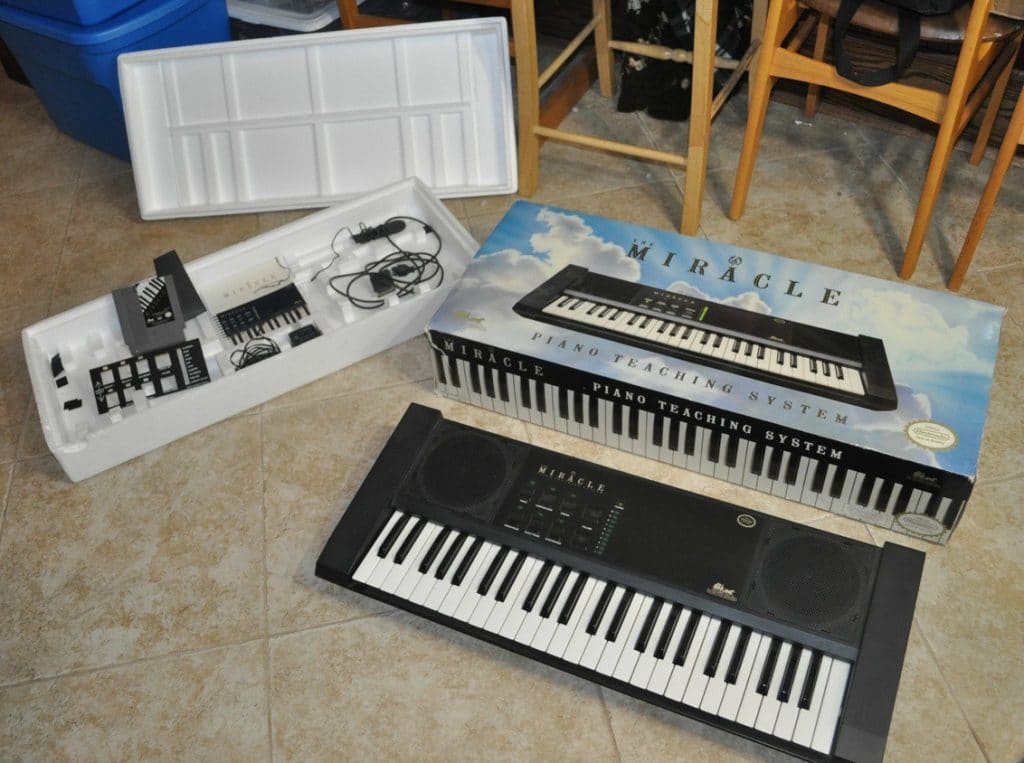 Many of you have probably seen/heard of this peripheral due to just how bizarre it is. The Miracle Piano Teaching System is a stand-alone MIDI keyboard – it produces all of its own audio and can be used independently, even containing built-in speakers. However, it also can interface with a NES or SNES as long as the respective game cartridge is present. There, the user’s notes will be registered in-game, allowing them to do various exercises and activities. A very, very boring predecessor to modern games like Keyboardmania or Rock Band, but an interesting peripheral nonetheless. NES game and cables included.

Ratchet & Clank Vinyl Toys – Apparently a very limited number of these figures were produced and distributed to Insomniac employees. New in box.

Bioshock Infinite Devil’s Kiss Vigor Bottle – Contrary to the auction name, 500 of these were produced. Still, this listing is the best price on eBay at the time of writing

Doom Skyhook Figure CyberDemon – Vintage garage kit by Skyhook. Assembled, but unpainted so you garage kit enthusiasts can get your fix

Set of Nine Capcom Tokyo Game Show Promo Special Dvds From 2002-2012 – A set of Tokyo Game Show promo DVDs across a decade. Chronicles the continued rise (and fall?) of Capcom