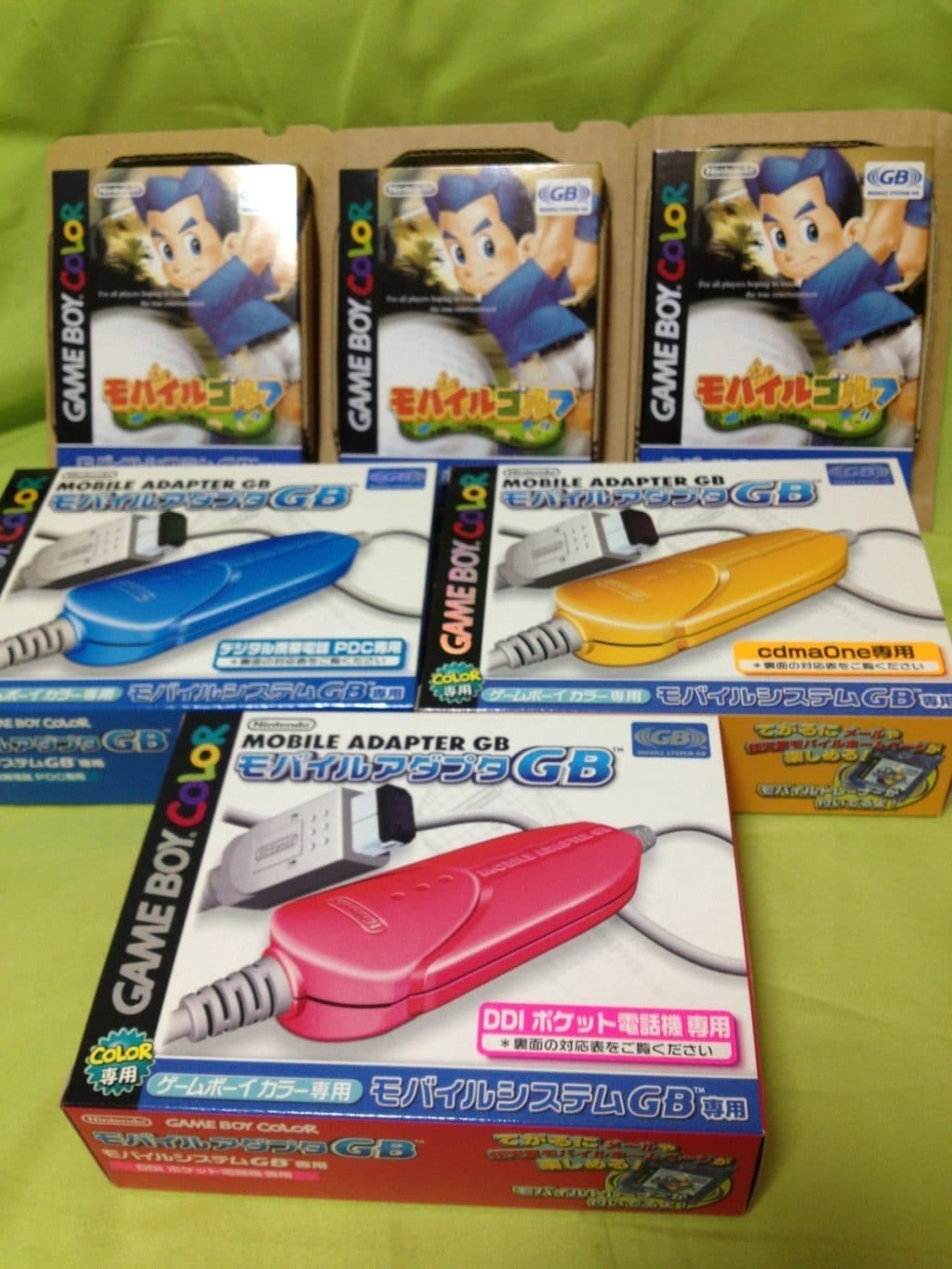 Another unusual peripheralÂ  (this seems to be a running theme with my posts lately), this time for the Game Boy Color (but also compatibile with GBA and GBA SP) – a cable that allows you to interface your GBC with a variety of Japanese mobile phones from the time period. The included software, Mobile System Trainer, lets you do all sorts of things from your GBC that you’d normally do from your mobile phone… so, I honestly can’t think of much use for it. However, there is a library of around two dozen Japanese games, on both GBC and GBA, that are compatible with the device. Although all three cables come in this auction, keep in mind that the color cable indicates which port that said cable interfaces with – the blue cable interfaces with PDC ports, the yellow with cdmaOne phone ports, and the red to DDI ports. None of these ports are to be found on modern phones, so this is strictly a legacy device. However, I can imagine unlocking some of the mobile-only features of these various GBA and GBC games could be quite a bit of fun, if you have the time and money.

Other Auctions (sorry for the low count, slow night on eBay):

Nintendo Powerfest 1994 tshirt XL – So 90’s it hurts. Another relic of the “Play It Loud” campaign, given to attendees of PowerFest ’94

Metal Gear Solid 2 Premium Package NTSC-J – Much like the MGS1 and MGS3 packages we’ve seen. This one includes the game, a bonus disc, and a faux-metallic figure of Solid Snake. NTSC-J

Blizzard Employee Exclusive Kerrigan Queen of Blades Statue – A lot nicer than the employee “swag” you usually see from within game developers. An excellently-sculpted statue of Queen of Blades Kerrigan from Starcraft