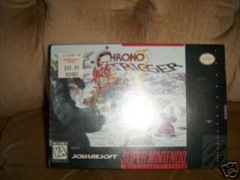 This one looks to be in a little worse condition than the last, as among other things it still has a price sticker attached. Looks like it was either 49.99 or 89.99 originally. A few dollars cheaper than the current $700 opening BID and the $1,200.00 BIN.

Given that this is coming from a collector who knows what they have, you would figure they could post some clearer pictures however.