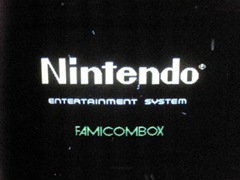 Nicola mentioned this system earlier this week, but as it’s ending today, I figured I would take a moment to look at it in a little more depth.

The Sharp Famicom Box is a Japenese display system, essentially the Famicom version of the Nintendo M82. Released In 1986, it allowed gamers to test up to fifteen different Famicom games though a selection sysetm. The system itself was a heavy metal box, which to me appears extremely rugged.

Oddly enough, it came with standard NES controllers and a NES light gun as opposed to it’s Famicom counterparts. These were connected internally, presumably to make it harder for them to become disconnected, broken or stolen.

The system has slots for a total of fifteen games, but apparently most only contained ten. The carts also pay an odd homage to the NES. The games appear to be standard NES cartridges in a black casing, but are all Japanese versions. They are 72 pin cartridges, meaning the games are all on actual NES boards, or there is an internal 72 pin converter on the 60 pin game. 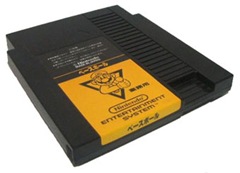 While these cartridges will work on regular NES system, other games won’t work on the Famicom Box. The system was made to play only the games produced for it, and there are several measures in place to make sure it stays this way.

Firstly, the system will not run MMC3 games, along with a lot of others. This means no Super Mario USA or Super Mario Bros. 3 as an example. Secondly, Not only is there a special lockout chip, but the lockout chip connects to different pins on a Famicom Box cartridge’s connector than a regular cart. Lastly, the lockout chip in the system and the games have to communicate before the system will load the game into its menu. It’s unlikely that you can just cut the pins, as you can with the pin in a front-loading NES. 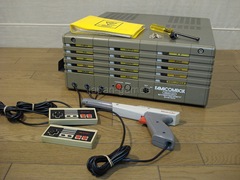 Japan-Games, an eBay seller who often seems to source items like this, has a Famicom Box ending later today. It’s currently only selling for $202.50.

Less complete versions have sold by the same seller for $349.00, a steal in my mind with the way the NES Collecting scene is booming. Keep in mind that the games seem to be selling for much more loose than when in a system. The high shipping cost probably keeps many sellers away, so this is a good chance if you’re interested in collecting these games.

Thanks to Famicom World for some info and the title screen/cart pictures.