Very sweet item. From the auction:

The offered example is one of a handful (from many boxes of Atari Stocks) issued to one of the Tramiel Brothers, the brothers who shaped Atari into the icon it will forever remain. The bearer of this stock was GARRY TRAMIEL personally!!

The stock represents a whopping 800,000 Shares of Ownership, Shares that are RESTRICTED as per the legend at the top!! Garry Tramiel signs as Secretary of Atari on the front and personally as shareholder of 800,000 Shares on back. His signature is guaranteed by Smith Barney’s Chairmand and CEO!!!!

Almost all Tramiel Certificates that have turned up were in relatively poor condition with heavy folds, soiling, pen marks, prolific staple holes etc. (which didn’t stop them from selling for 3-figure prices on Ebay).

However, THIS Example is a very rare, super clean and crisp Near Mint example. It has no pen marks save a neatly penned number in the top margin. It has light traces of handling but no folds. A fresh clean look the Atari collector is going to love!!!

Hold vintage video game history in your hands, and then frame it and put it in the spotlight it deserves. This is the ONLY hand signed Tramiel Atari stock on Ebay (or anywhere else!). When it’s gone, it’s gone forever.

Sealed SNES F-Zero Case Of Six – Yes, incredably common, but a sealed case for a $45.00 BIN makes a nice addition to the collection. 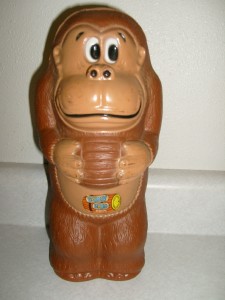