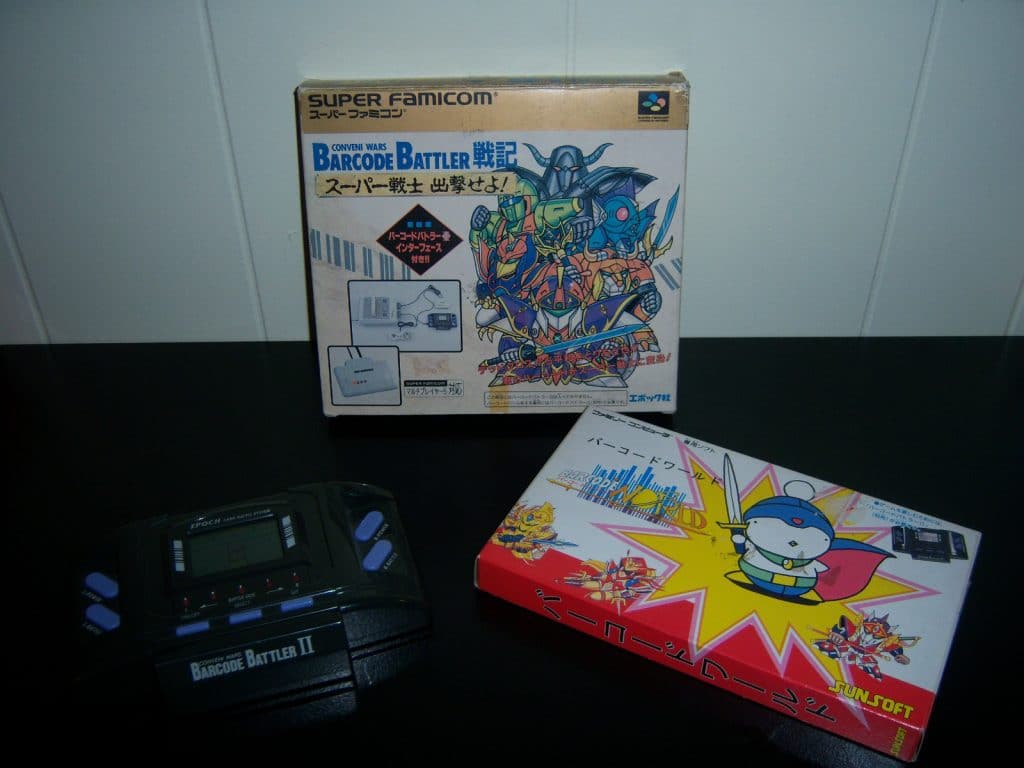 The Barcode Battler II, released by Epoch in 1992, was released as a follow-up to the mildly successful original Barcode Battler. One of the major upgrades of the BBII model is that it had an output port for the Famicom and Super Famicom, allowing it to interface with Famicom or Super Famicom games designed with the BBII in mind. In this situation, it served strictly as a barcode reader, and could be used to scan cards included with a compatible game. This auction contains not only a BBII, but also two games that supported it (and many cards).

1998 Nintendo Zelda Ocarina of Time Bag Suit Case – I have no idea why this bag is so hotly contested. Perhaps it’s the cute Hylian Shield buckle?

1991 SUPER MARIO NINTENDO PEPSI STORE DISPLAY SIGNÂ  – Pepsi and Mario unite in yet another ad, this one featuring a contest with a Super Nintendo as a grand prize