Recently, as part of a Bioshock 2 promotion, wine bottles were placed in the sand on ten different beaches around the globe. Inside the Arcadia wine bottles were three promotional posters for Rapture, and ads for two plasmids: Electrobolt and Decoy.

Price is interesting given that most people who were at the event, found it rather disappointing. Promo materials kind of implied there would be something happening aside from a marketing woman with a large box sticking bottles in the sand. While people didn`t expect a fully functional Big Daddy to emerge from the water (although some hoped), they did expect something a little more exciting.

Numbers on each beach range and are as low as 40 from what people have reported. This means I would expect the total amount to be between 500 – 1000, almost certainly on the lower end. Highest price so far is $150 with three days to go. 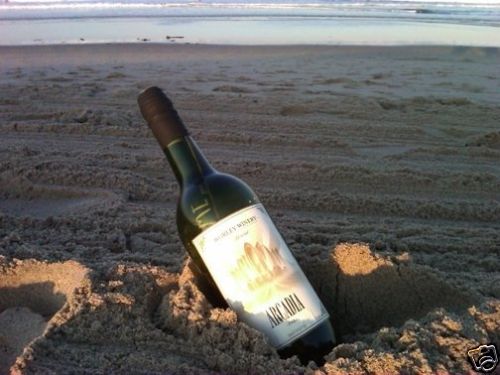 See all the auctions here.

I looked for real video game wine to plug, but no random Metal gear or Playstation wine is up for grabs at the moment.

Sega Genesis Store Kiosk DS-16 Demo System – This has been up for months so I`m deleting it from my watched list as of today.