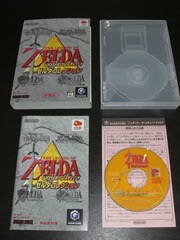 The Club Nintendo Zelda Collection was a gift/prize offered in 2003 to Club members in Japan. It doesn’t turn up a whole lot online, especially on English sites. When it does it usually sells in the $200.00 range, making this auction like like a nice grab at a $139.99 BIN.

Sealed French SNES Zelda (I think the seller is a little overzealous on the price, but he says he’ll accept best offers)
SNES Kiosk (Pickup Only)
CIB NES Sqoon (I love the prices minty rarer complete NES games are getting these days)
Mixed NES Lot on ShopeGoodwill.com (Can you spot the rare?)