Many of you braved this contest, for a surprise “prize” from Nicola and myself. Here are what we regarded as the best entries. 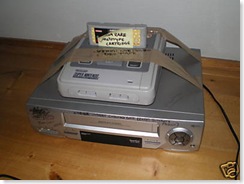 HERE I HAVE A SNES VHS PROTOTYPE WHICH I ORIGINALLY BOUGHT ON A FLEAMARKET FROM A VERY REALIABLE LOOKING GUY WITH VERY NICE PINK SHOES (WHICH I WOULD LOVE TO GET SOMETIMES) WHO TOLD ME THIS IS A ONE OF A KIND ORIGINAL NINTENDO SNES PROTOTYPE VHS KIT, AND TOLD ME THIS WAS USED TO PUT GAMES ON A VHS TAPE AND PLAY THEM. I ASKED HIM WHERE HE GOT IT AND HE TOLD ME HE WAS ONE OF MIYAMOTOÂ´S RIGHT HANDS, AND PERSONALLY GOT IT FROM HIM. I DONÂ´T KNOW IF THIS IS TRUE BUT HE HAD PINK SHOES SO I BELEIVED HIM. 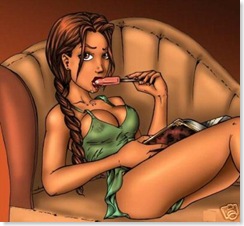 Seriously though, who would buy this and why? 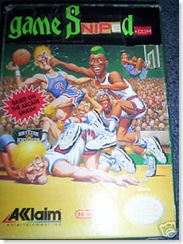 HERE IT IS! THE HOLY GRAIL OF ALL GAMING, THE VERY RARE NEVER HEARD OF GAME BOX BY ACCLAIM. AS YOU CAN SEE FROM THE PICTURE, THIS GAME BOX IS FOR THE NEVER RELEASED BUT MUCH ANTICIPATED GAMESNIPED.COM GAME. I’M SURE YOU ALL REMEMBER BACK WHEN NINTENDO RELEASED THE SUPER NINTENDO AND DECIDED TO CANCEL A BUNCH OF GAMES THAT WERE ANNOUNCED FOR RELEASE ON THE NES TO FOCUS ON THE SNES. THIS WAS VERY DISAPPOINTING TO MANY HARD CORE GAMERS WHO COULDN’T WAIT TO KILL DRAGONS WITH NICOLA “THE DRAGON SLAYER” OR START THEIR ADVENTURE WITH LINK “THE CONTEST HOLDER” (I NEVER REALLY FIGURED OUT WHY HE WAS CALLED THAT). THE PICTURE CLEARLY SHOWS THAT THIS WAS NOT PUT TOGETHER OVER THE PAST HALF HOUR USING A ROLL OF SCOTCH TAPE, A SHADOWGATE MANUAL, A SUPER SPRINT MANUAL, AND AN ARCH RIVALS BOX. THIS IS THE AUTHENTIC UNRELEASED BOX!! THIS MAY BE YOUR ONLY CHANCE TO OWN THIS RARE PIECE OF NINTENDO HISTORY. GOOD LUCK!! 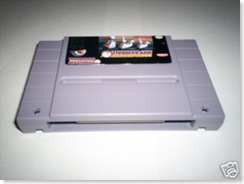 I received this game in a huge lot that I bought from a kid a few months ago. The games had been purchased from a prison somewhere in Atlantic Canada (the value of prison inmates playing Super Nintendo is beyond me). This copy of Nolan Ryan baseball immediately strucked me as being odd because the label is on upside down. When I popped it into my SNES it turned out to be a copy of Final Fantasy: Mystic Quest (screen shots are available upon request). Thus I ave dubbed this unique item as “Nolan Ryan’s Final Fantasy: Mystic Quest.” I guess in prison the Super Nintendo games get mixed up all the time because inmates try to steal games by switching the labels. The fact that a prison inmate spent a great deal of time to put this label on so that it doesn’t look like it has been removed, yet somehow put the label on upside down, makes me laugh. And this is Final Fantasy: Mystic Quest we are talking about! I imagine someone would get shived for an Earthbound… 🙂 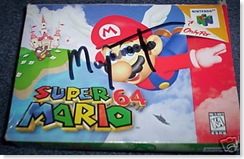 Ladies and gentlemen what you see is what you get. Believe it or not you are looking at an authentic imitation of Miyamoto’s autograph on a Mario 64 box. In all of ebay’s years, I have NEVER seen this on ebay before. If you are a geniune imitation autograph collector, it’s the collector’s find of a lifetime. I know what you are thinking…that is absolutely incredible and what more could I ask for???? Well let me tell you– I am also going to include the piece of lint that was in my belly button while I attempted to make the autograph look authentic. You don’t believe that an auction this amazing could be possible? Well believe it!!! It is happening!!! If you are wondering where the lint is in the picture, it is directly to the right of the word Mario. Bid high because this is sure to go for an incredibly large sum of money. If someone is really lucky (which I doubt will happen), they could pick this up for just under 100 G’s. Also, keep in mind when bidding that the shipping is free! Yes I know it just keeps getting better.

Three pallets of a game that looks horrible. Check out these intense graphics. 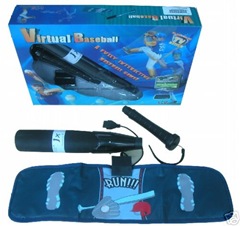 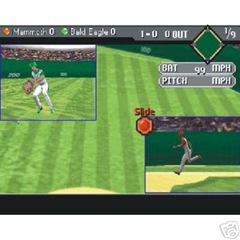 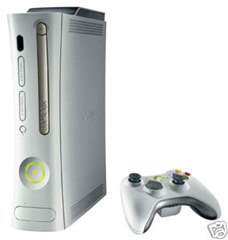 Here’s the deal, you’ve seen crazy stupid stuff sell for a lot of money one Ebay before right? Like the stupid cornflake that sold for like $1,500!!! Well what always happens with those situations…News Coverage!!! Through Newspapers, Internet sites, Television and more!
So if you want some publicity for your company, or you just want your 15 minutes of fame, try bidding on my Xbox 360 Premium that is going to start at $1,000 and hopefully go for more because the higher the price, the more people will want to know why some one paid that much for the item! And hey, you’ll be getting an Xbox 360 too! 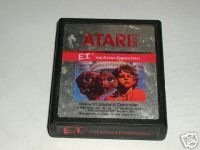 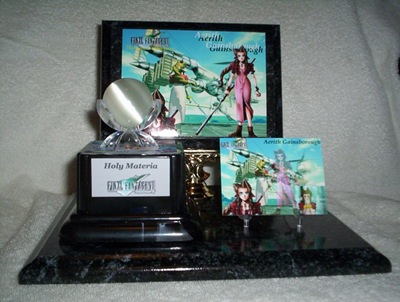 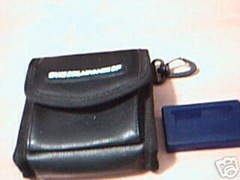 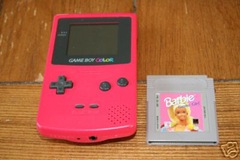 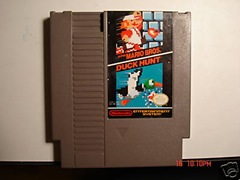 Can’t say to much, they might be listening. Game totally works, passed down from a ancient ninja clan. The game’s spirit is at least 300 years old. Game is not possessed, but many have given their ninja lives to defend this cartridge. Package will ship discretely, but just to be safe, when receiving this package from the mail person, duck. You can never tell if our rival clan…. er.. I mean the evil ninja people who I’ve never met before might come looking for some trouble.
*Note, game does grant the owner temporary ninja powers, but only in game. Real life ninja don’t need fireballs, because they are behind you right now.

Contest closes next Monday, and the two top winners will get a package from either Nicola and myself. Start spamming your friends and family for votes!

Thanks again to everyone for entering!