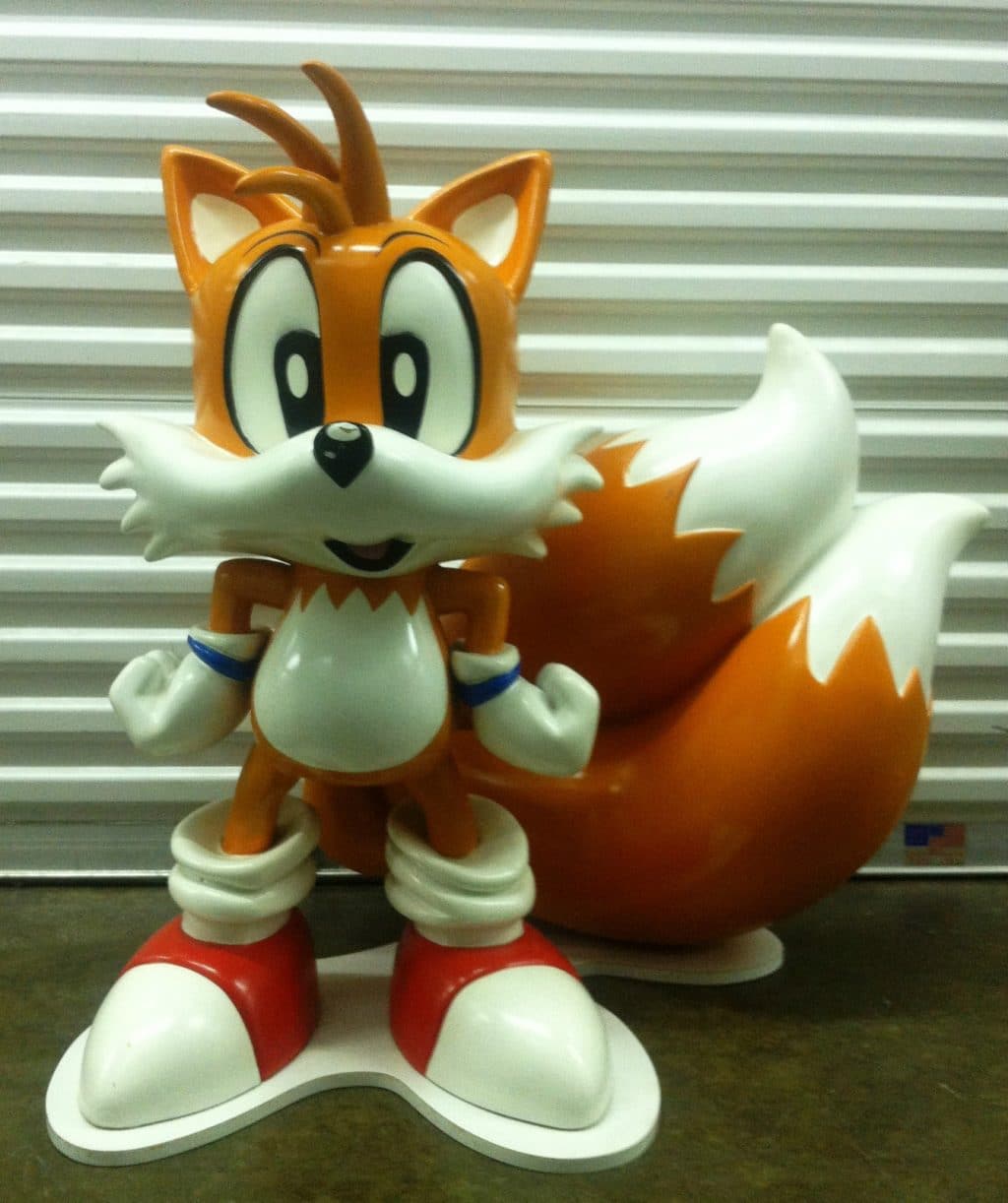 No item on eBay jumped out at me tonight as a “star of the show”. So, for a very hefty price, you too can have a creepy statue of Miles “Tails” Prower in your home! This large advertising piece gives me Big Boy statue vibes. Can you feel the sunshine, does it brighten up your day?

Parappa The Rapper’s Sleeping PJ Berri – Another bizarre Parappa collectible, this one appears to be a sleepy-eye doll of Berri. Can’t tell if this is marked too high because, well…how does one price an item like this?

Street Fighter Statue Blanka 30 cm – Reserve appears to be high, but apparently only one out of 500

BOXED ALL UP SEGA SG-1000II COMPUTER VIDEO GAME CONSOLE – The SG-1000II was a redesign of the SG-1000, the console which served as the predecessor to the Sega Mark III – or Sega Master System, as we call it

Neo Geo CDZ with tons of games – Just as the listing describes: a working Neo Geo CDZ with an absolutely massive amount of games, most of them legitimate (with a big binder of burns in addition). The ultimate Neo Geo home experience! Just make sure to take good care of your CDZ, as they are prone to overheating failure

SEGA Dreamcast – SEGAGAGA SGGG Limited Edition BOXÂ Â  – The limited edition box for SeGaGaGa, a quirky homage to all of Sega’s past properties. Includes various goodies, including a very nice pin set based off of old Sega platforms