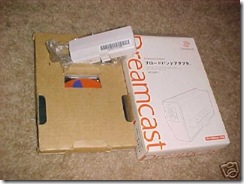 The Dreamcast Broadband Adapter (commonly abbreviated to BBA) was an  accessory released for the Sega Dreamcast. The console originally came equipped with a 56 or 33.6K modem; the Broadband Adapter was released on January 10, 2001 as an upgrade to allow a faster Internet connection. When introduced only a few hundred thousand were released, retailing
at $50. The device was used to enable web browsing, gaming, and so forth with the Sega Dreamcast without the need of a slow dial-up connection.

Shortly after its release, the adapter became one of the items used to copy Dreamcast GD-ROMs, much faster than was previously possible. More recently, hackers have been able to use online gaming for Homebrew uses as well.

There were 2 versions released:

Due to their limited supply many enthusiasts have tried to create a home made version of the adapter, none of which have worked. However, there has been a way to create a server between a Dreamcast and PC in order to trick the Dreamcast into thinking it’s connected to the internet; when in reality it would be using a Broadband connection. There was also the HIT-0401 (Japanese), that also works with non-Japanese machines; whereas the HIT-0300 does not (it uses a special Japanese application). 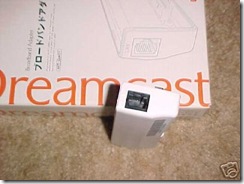