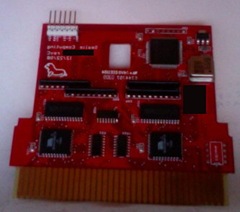 There’s a new game coming from RetroZone on March 1st, and bunnyboy has leaked this teaser photo. The title of the thread makes is sound like this will be the most expensive repro/homebrew to date.

Theories are running rampant on the actual title, from Hellraiser, Grand Theftendo, New Kids On The Block, Married With Children, Buzz and Waldog, Police Academy to Sim City and more.

Most popular seems to be the idea that it’s the Nintendo Campus Challenge cart.

Support for this argument can be found via this thread on the Atari Age Forum.

This was posted on January 22nd.

If you took part in this tournament in any way back in 1991 when it was swinging through about 55 college campuses, this gentleman is trying to put together some history page on it. So far he’s only found four of the contestants (one being the person who won the whole thing me), and one of which is in prison (why were you guys all hush hush about it last time I asked about him here?) Anyway, if you took part in that tournament and are reading this and can contribute any info about the tourney contact:

Also note the tourney cart was found…and repros are likely to be made of it as was the 1990 tourney cart as I now have one of those. 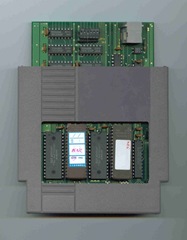 Other possible evidence is that a well known proto owner stated he owned a copy of the cart previously. That same owner has also supplied the original game for several RetroZone releases.

What is the Campus Cart Challenge?

“Ok, you really should be studying for that calculus test next week. And there’s a paper due in English Lit. But who cares? The Nintendo Campus Challenge is coming!

Nintendo of America is following up its hugely successful Nintendo World Champions with its first Nintendo Campus Challenge. During the next year, competitions will be held at 50 universities and popular spring break gatherings throughout the U.S. One lucky student will become the “college valedictorian of videogames.”

Contestants will play a special combination of three Nintendo games -Dr. Mario, Rad Racer, and Super Mario Bros. 3. There are categories for both men and women, and all finalists receive round-trip airfare to the January 1992 championship. Prizes include new cars and cash scholarships. Meanwhile, don’t let those grades slide too badly.”

The Nintendo Campus Challenge was a contest similar to the successful Nintendo Powerfest of 1990., but actual games were Dr. Mario, Pinbot, and Super Mario Bros. 3 – no Rad Racer like the article states.

I’ll keep you updated when I actually know more, or on March 1st when the game is scheduled for release.