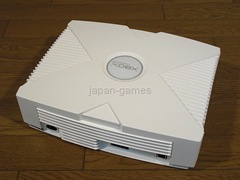 On February 22nd, 2004, a Pure White Limited XBOX Console was released in Japan, to commemorate the console’s two-year anniversary in that country. The system had a limited manufacturing run of 1,000 units and allowed purchasers to personalize their console with up to twenty letters (Japanese characters not allowed) engraved on the case. The words “Limited Edition 2004” were also carved into the jewel of the console, and into the controller as well.

The original retail price was Â¥19,800 yen ($186) and was only available via the official XBOX Japan website. Within seven days, they all sold out.

Not a bad price right now, with ten hours to go.