Definitely one of the more desired proto’s (that have been dumped), in my opinion. Not only are first party Nintendo protos somewhat harder to find than third parties, but it’s one of those good game that were pretty much complete, but never released.

From what I understand, the sellers wife bought it from Jollerancher (this was part of his big find that included the Powerfest 94 etc) for $2200. Since then, I believe he made one attempt to eBay this, but it did not sell. I’m unsure of the starting price for that one.

Anyway’s I’ve already seen some people say that they don’t think it’s worth more than $500 since this is dumped. There forgetting one thing, earthbound fans and collectors. Some of the fanboys from popular sites such as Starman.net are borderline insane with their obsession to the series.

I respect that. It’s why I think this is guaranteed to sell. In fact, some of these people REFUSE to purchase an EB0 cart or even play the rom, because they’re concerned it decreases the value of Nintendo’s intellectual property and the chances of it seeing a legit release.

You should see some of the threads from the time period when NES repros were only just beginning to be sold. Utter insanity.

Anyway’s, the authenticy of this cart has been verified by such knowledgeable people like dreamtr and theredeye, so what you’re getting is definitely real. 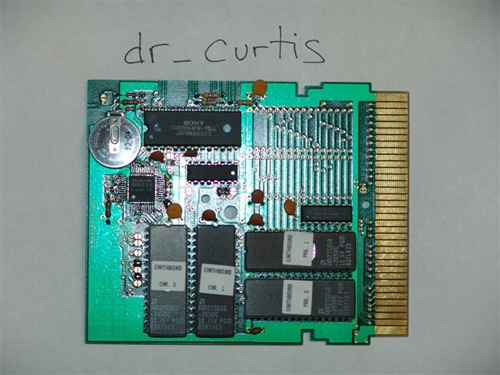 If you want to know more about the history of EB0, and why it wasn’t released, than check out this article from the Lost Levels.