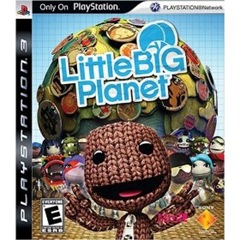 If you read any major gaming blogs, you’ve probably heard that this games release date was postponed.

The following reason was given on the official Playstation blog:

During the review process prior to the release of LittleBigPlanet, it has been brought to our attention that one of the background music tracks licensed from a record label for use in the game contains two expressions that can be found in the Qurâ€™an. We have taken immediate action to rectify this and we sincerely apologize for any offense that this may have caused.

Well, people want to play this game now. Apparently, they’re willing to pay for it too.

Check out these completed auction. From a staggering $299.99 on down to $47.99. You would think the price would have gone down as more were listed, but the price is all over the place. One of the two $299.99 complete auction sold today. Definitely worthwhile to pick up if your local store has made some sort of mistake and is selling these.

I would expect these copies to fetch a premium over time as the console ages and becomes collectible, but I seriously doubt it would justify picking up a copy now at the higher range of prices.