Metal Gear Solid: The Twin Snakes is a remake of Metal Gear Solid, developed and first published by Konami in 1998 for the PlayStation. Sadly, I’ve never actually gotten around to playing it, but this auction is reminding me I need to place it on my backlog.

In Japan The Twin Snakes was released on March 11, 2004 alongside this exclusive Premium Package. The box includes the game itself; a platinum-colored GameCube adorned with the FOXHOUND logo; a 44-page book titled Memorandum containing production notes, sketches and photos; and a GameCube disc called the “Special Disc” containing an emulated version of the Famicom version of the original Metal Gear and a trailer of The Twin Snakes.

I’m not sure what the original price on this was, the amount of them available, and I can’ find any complete auctions of sales for it lately either. 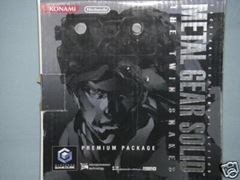 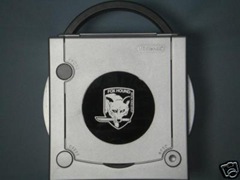