Back in 93/94 I was enthralled with the Atari Jaguar.Â  As I thumbed through aÂ four page spread inÂ GameFan Magazine, IÂ dreamed about accurate arcade translations and some innovative titles that took advantage of the sprite engine and huge game controller of Atari’s renaissance hardware.Â Â Seventeen years after the dream ended some talented people areÂ showing the machineÂ still has lots of life.

Homebrew team Reboot recently announced on their Facebook page that theirÂ tribute to Jetpac, Full Circle: Rocketeer, is about 99% complete.Â  A definite throwback to the 1980s, Full Circle: Rocketeer has you racing aroundÂ a singleÂ screen play fieldÂ blasting at different enemy types as you build and fuel a small rocket at the bottom of the screen.Â  If you’re a big Atari collector head over to Retro CollectÂ to see the demo video and game features. 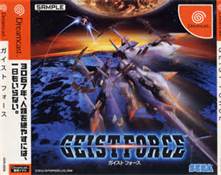 The PlutoÂ isn’t the only rare Sega item to come out of Assembler.Â Â For those who may not remember, about two years ago a former Sega employee sold a beta copy of GeistÂ Force to a group of Assembler members.Â  These guys then worked tirelessly to get the beta up and running on a production Dreamcast.Â  During the process, the guys needed new equipmentÂ toÂ get it running so offered a professionally produced copy of the gameÂ to any members who contributed money to the effort.Â Â Those copies were finally distributed in mid 2012 with few of them making it to any auction site.Â  I’ve only seen two up for sale with the second oneÂ up on Ebay right now.Â  It may be a bit expensive, but for any collector who missed out on the Assembler crowd source and doesn’t know how to burnÂ game filesÂ this is a perfect piece to flesh outÂ a collection.