Ok, first off I promise no "Double D" jokes within this post. I’m old enough to be that mature for ten minutes. I think.

If you’re not familiar with the system, the Nintendo 64DD (DD being short for Disk Drive) is an expansion system for the N64 which was a commercial failure and never released outside of Japan. Think of it as Nintendo’s version of the Sega CD.

The system was actually announced in 1995’s at the Nintendo Shoshinkai game show event (now called SpaceWorld). One of the games that was featured for use with the 64DD was Creator, a music and animation program by Software Creations, the same people that made Sound Tool for the Nintendo Ultra 64 development kit. The game advertised that it could be implemented into other games, being able to replace textures and possibly create new levels and characters. Unfortunately, there was no playable version of Creator available at Shoshinkai 1995.

Two years later at E3 in 1997, Shigeru Miyamoto speculated that the first games to be released for the new system would be SimCity 64, Mario Artist, Pocket Monsters, and Earthbound 64.

However, the 64DD was delayed until its release in Japan on December 1, 1999. Nintendo, anticipating that their long planned out disc drive peripheral would become a commercial failure, sold the system through a subscription service called RANDnet, rather than selling the system directly in Japan to retailers or consumers. As a result, the 64DD was only supported by Nintendo for a short period of time and only nine games were released for it. Most unreleased 64DD games were either cancelled or released as normal Nintendo 64 games. 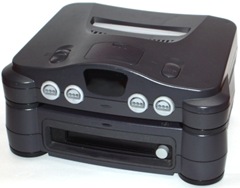 RANDnet was a service very much similar to the Stellavision on the SNES. It was actually rather popular, considering the limited 64DD user base. One of the most substantial group of games to include RandNet support was the Mario Artist series that allowed users to swap their artwork creations with others. Contests and other special events also occurred every now and then. However, the service was not successful enough to justify its continued existence, so in February 2001 the plug was pulled, leaving all the RandNet hardware useless. Nintendo bought back all the RandNet-related hardware (gamers could keep the 64DD which was more than able to function on its own) and gave all users free service from the time the closure of the service was announced until the day it actually went offline.

Considering the buyback, I’m now wondering how much of that hardware is out there. The RandNet starter it is actually included in this auction.

A full list of contents available in the auction include: 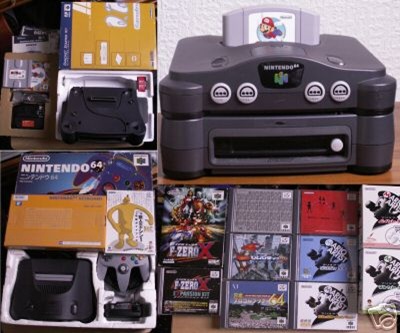