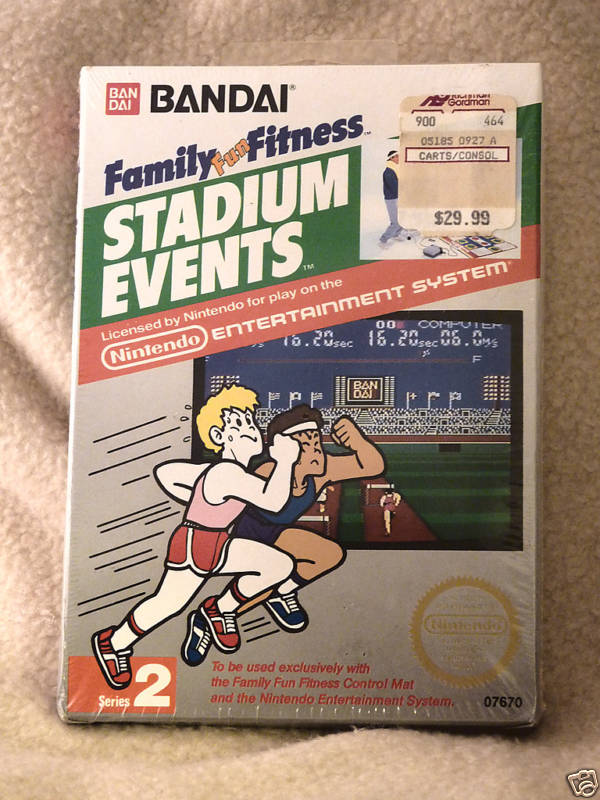 Want to know more about this holy grail? Let me quoteÂ Wikipedia: At the time of its launch during the holiday season of 1987, Stadium Events was only available at Northern-region Woolworth’s Department Store, which was a test market for Bandai.[11] In 1988, Nintendo purchased the North American rights to the FFF mat technology and re-released it as the Power Pad.
The two Family Fun Fitness-branded games that had already been released, as well as Bandai’s version of the running pad accessory, were pulled from shelves and presumed destroyed.

ps Mb7241 has been the first one to notice the auction.