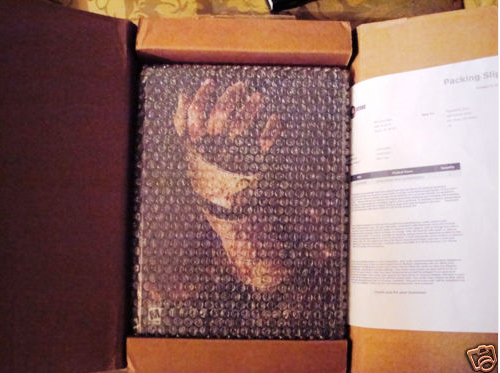 If you feel like you were left out, heres a Final Fantasy Spirits Within Tissue Box. Columbia Pictures probably predicted you’d cry coming out ofÂ the movie theater after watching it so they created these promotional tissues just in case – just a theory by the way. Who would have thought that Square-Enix would buy Eidos more than 10 years later? Here’s an old testament for old times sake, a Final Fantasy VII PC T-Shirt (Eidos)