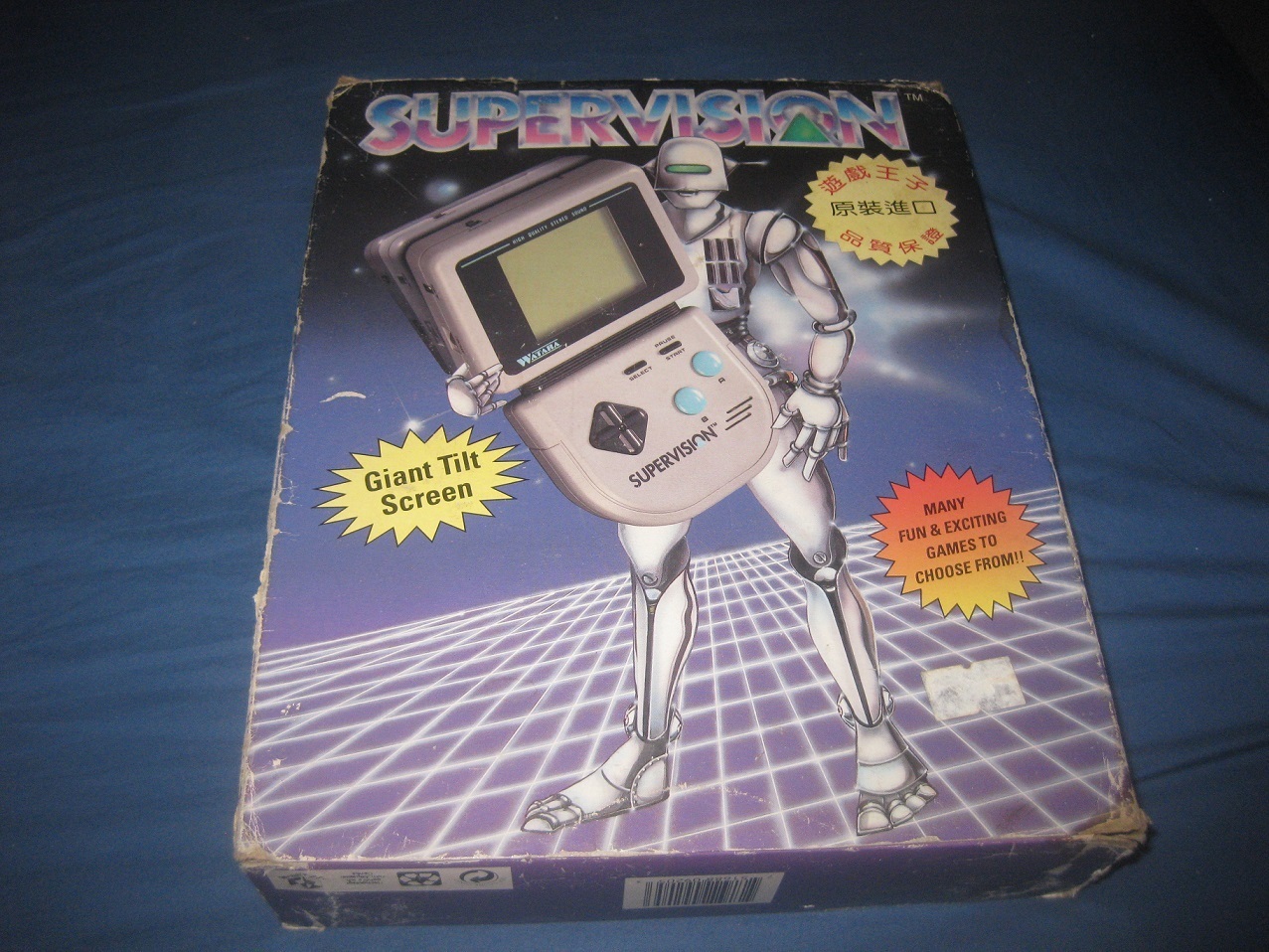 Released onto the market in 1992 by Taiwanese company, Watara, the Supervision system was to compete with Nintendo’s flourishing Gameboy handheld. Â The Supervision was priced significantly lower than the Gameboy, retailing for a mere $49.95 compared to Gameboy’s $89. As history has shown, this unit did not conquer Nintendo’s Gameboy and has ultimately faded into obscurity. Â Interesting to note, as a move from Watara’s marketing department, some Supervision systems were sent out to be given as prizes on game shows such as Legend of the Hidden Temple and The New Price is Right.